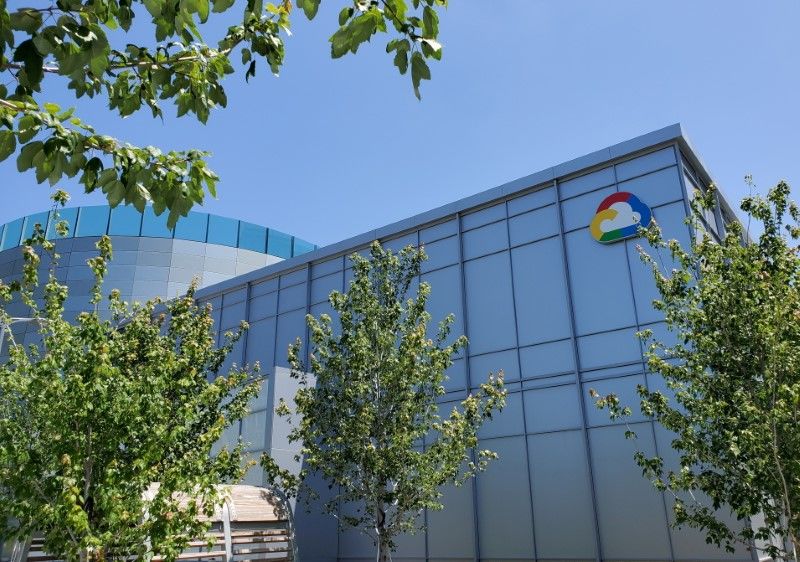 LONDON (Reuters) - Banks are taking steps to mitigate risks from their increasing use of external cloud computing services, a survey by Harris Poll and Google Cloud said on Thursday.

The Bank of England and the Bank of France have expressed concerns about a lack of transparency in how banks rely on a "concentrated" number of outside cloud computing providers like Google, Microsoft and Amazon which are beyond the arm of the regulators.

Regulators are worried that reliance by many banks on the same providers could create systemic risk if one of the cloud companies were to go down.

The survey of 1,300 leaders in financial services from the United States, Canada, France, Germany, Britain, Hong Kong, Japan, Singapore and Australia showed that 83% were using the cloud as part of their primary computing infrastructure.

The bulk of the companies are also considering adopting a multicloud strategy, the survey said, which would allow a bank to switch to an alternative provider if there is an outage to avoid an interruption of services for customers.

"Based on the Harris survey, it is clear that financial institutions are taking actions to solve concentration or vendor lock-in concerns with 88% of respondents not currently using a multicloud strategy considering doing so in the next 12 months," Adrian Poole, director for financial services in Britain and Ireland for Google Cloud, said.