Olympics-Jamaican Parchment tracks down volunteer who helped him win gold 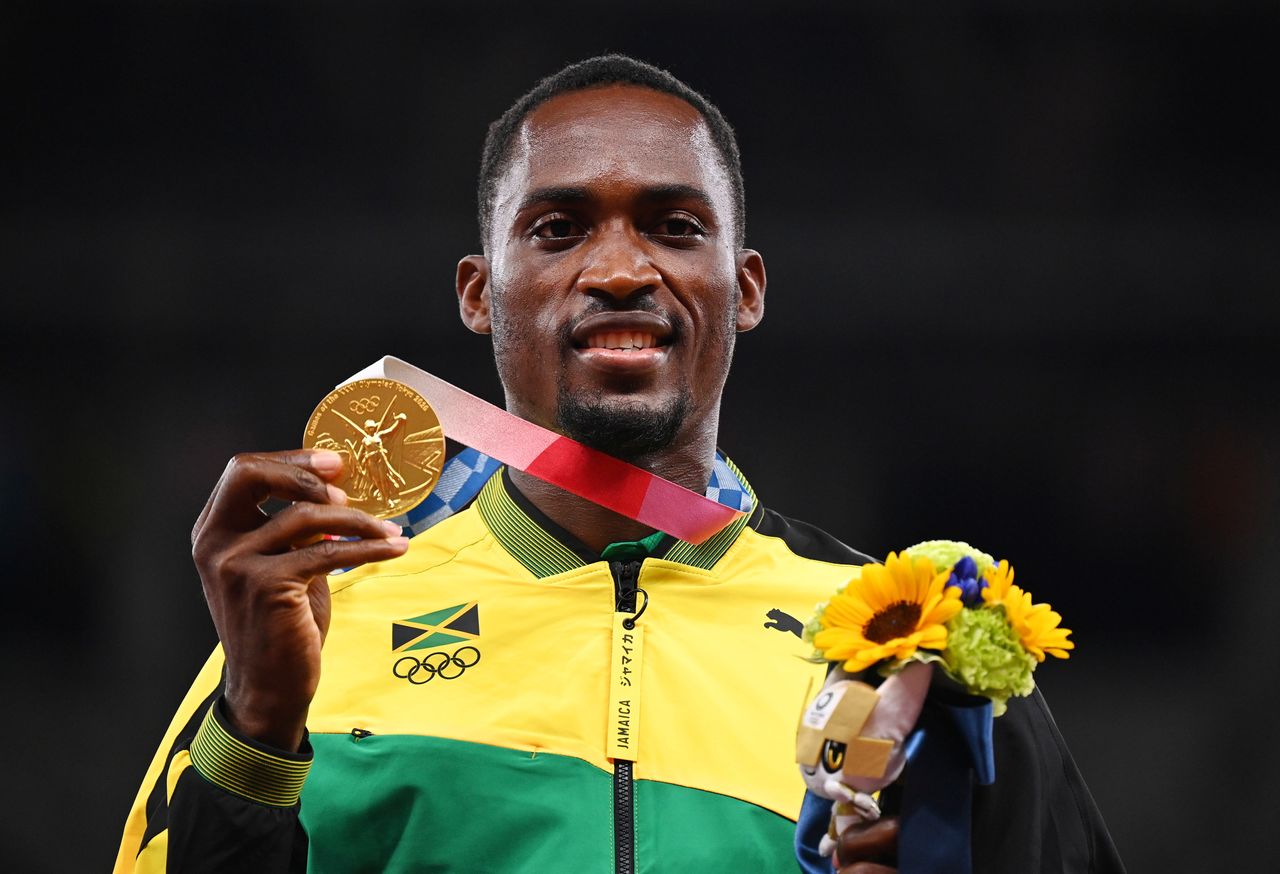 (Reuters) - Olympic champion Hansle Parchment has tracked down a volunteer who rescued his gold medal hopes by giving him money for a taxi after a transportation mix-up meant he was dropped off at the wrong venue for his 110 metres hurdles semi-final.

Jamaican sprinter Parchment, who initially went to an aquatic centre instead of the Olympic Stadium for his race, has now gone viral after he found the volunteer, paid her back and showed her the gold medal he won.

In a video posted on social media, Parchment said that his medal chances were all but over when he realised he had boarded the wrong coach and he did not have enough time to take a bus back to the Olympic village and then another to the stadium.

"I saw this volunteer and I had to beg, because of course, she's not allowed to do much, and she actually gave me some money to take one of the taxis," he said.

"And that's how I was able to get to the warm-up track at the stadium, with enough time to warm up and compete, and that's just awesome."

Parchment finished second that day, narrowly qualifying for the final where he stunned world champion Grant Holloway in a season-best time of 13.04 seconds.

The volunteer was taken aback as Parchment showed her the gold medal. "Really, you got this?" she can be heard saying in the video.

Parchment also gifted her an official tracksuit of the Jamaican team.

As a way to thank her, Edmund Bartlett, Jamaica's minister for tourism, has invited the young woman to the Caribbean nation.

"No matter where in the world she is, we want to reciprocate the kindness shown to one of our own," he told local newspaper The Gleaner.