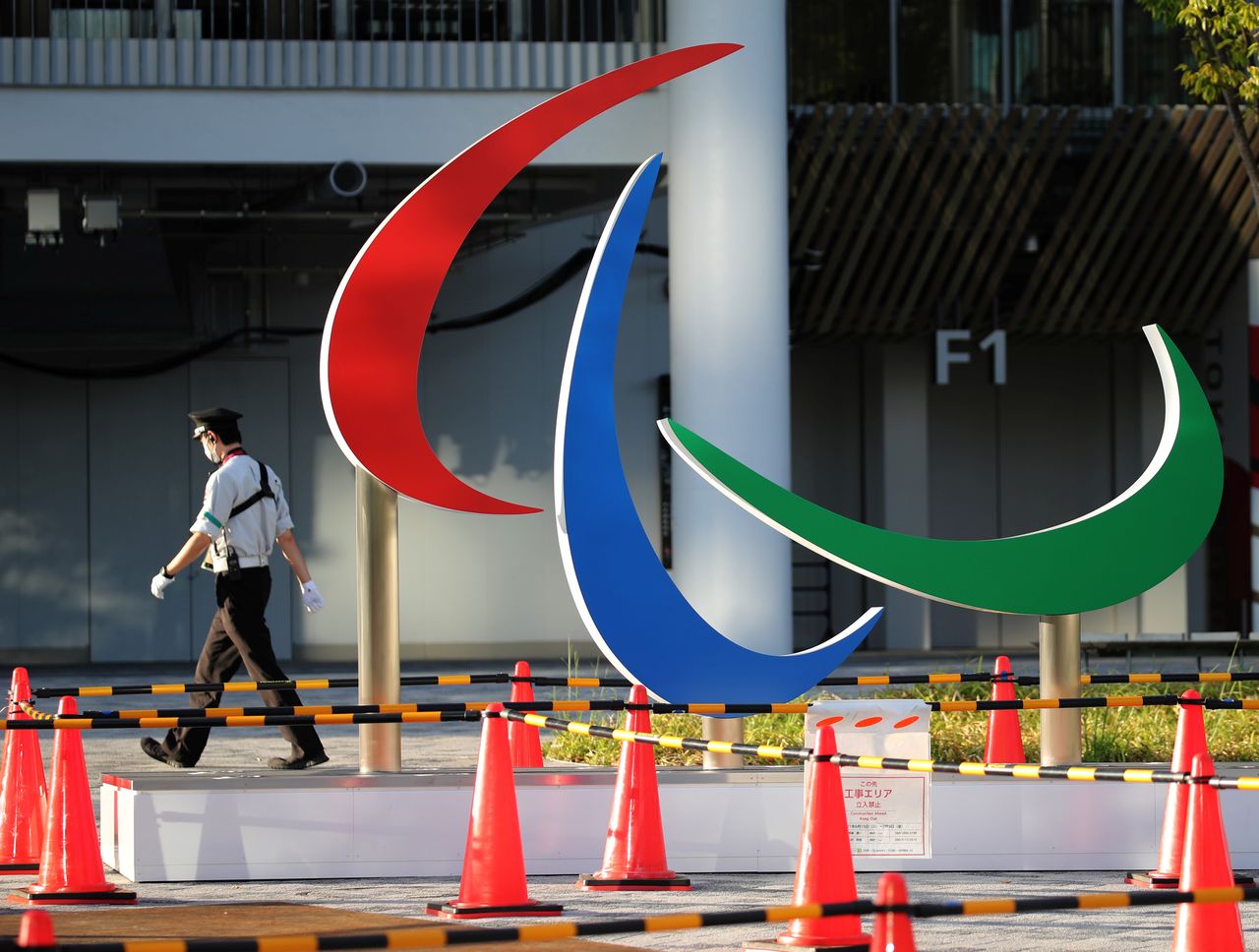 FILE PHOTO: A security guard wearing a protective mask, amid the coronavirus disease (COVID-19) outbreak, walks past the symbol of the Paralympic Games under installation at the National Stadium, the main venue of the Tokyo 2020 Olympic and Paralympic Games in Tokyo, Japan, August 10, 2021. REUTERS/Kim Kyung-Hoon

His comments follow health expert recommendations to strengthen states of emergency now in place in the capital and other hot spots.

Days after the end of the Tokyo Olympics, Paralympic organisers decided to hold the event mostly without spectators to limit infection risks, local media reported.

Suga said the government will strive to restrain the flow of people in commercial areas, and he urged residents to avoid travelling during Japan's traditional Obon holidays.

"I would like to ask citizens to avoid going back to their home towns or travelling, and to refrain from going out unnecessarily," Suga told reporters.

Japan is experiencing a fifth wave of COVID-19, driven by the highly infectious delta variant. A woman related to the Olympics was identified as Japan's first case of the lambda variant of the virus, first identified in Peru, Kyodo reported on Friday, citing government sources.

Planners of the Paralympic Games, due to start on Aug. 24, agreed on Thursday to limit spectators, following in the footsteps of their Olympics counterparts, the Yomiuri newspaper reported, citing Games sources. The organiser's office told Reuters that no decision on spectators has been made.

Tokyo is already under a state of emergency, the fourth so far in the pandemic, though some experts have said it should be expanded to cover the whole country.

Paralympic venues in Shizuoka, central Japan, will limit spectators to under 5,000 people, the Yomiuri said. Organisers are still considering inviting school children to events, it said. Officials previously said they planned to make a decision after the Olympics, which ended on Aug. 8.

The Paralympic competitions include swimming, table tennis, wheelchair fencing and basketball, with over 4,000 athletes with various impairments such as paraplegia.