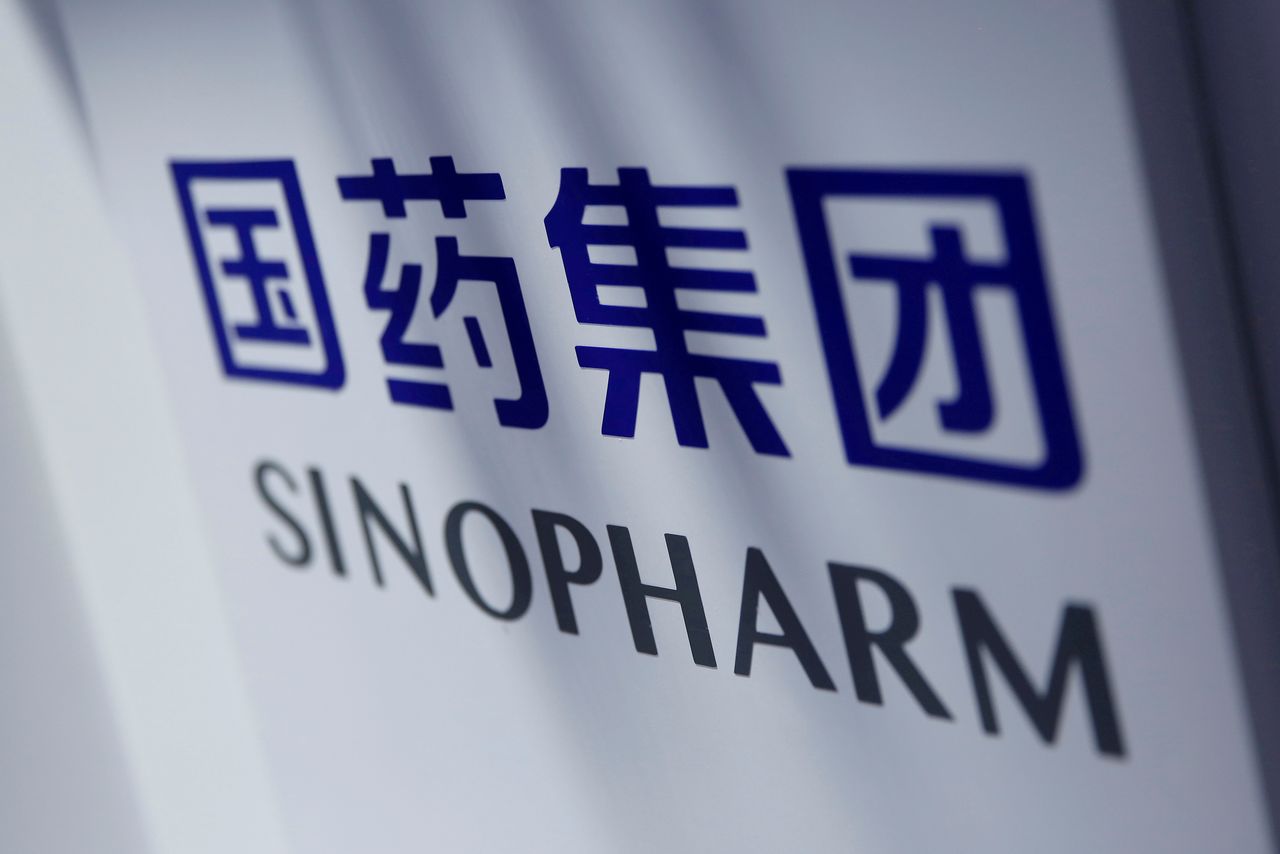 FILE PHOTO: A Sinopharm sign is seen at the 2020 China International Fair for Trade in Services (CIFTIS) in Beijing, China, September 5, 2020. REUTERS/Tingshu Wang

By Marcelo Rochabrun and Roxanne Liu

LIMA/BEIJING (Reuters) - A two-dose COVID-19 vaccine from China's Sinopharm was 50.4% effective in preventing infections in health workers in Peru when it was seeing a surge in cases fuelled by virus variants, and booster shots can be considered, a study found.

The study https://repositorio.ins.gob.pe/xmlui/bitstream/handle/INS/1318/Efectividad%20de%20la.pdf?sequence=1&isAllowed=y involving Sinopharm's BBIBP-CorV vaccine, which looked at data from February through June at a time when Peru was fighting a brutal second-wave of infections fuelled by the Lambda and Gamma variants of the coronavirus, was conducted on nearly 400,000 frontline health workers in live conditions.

Most of the health workers received two doses of the vaccine.

"The efficacy to prevent infection is not high and this is something to consider once a high percentage of the population receives its two doses, (the) moment when boosters can be considered to optimize the protection of frontline health workers," said the study published last week from scientists at Peru's National Institute of Health and two other research institutes.

The vaccine, however, was 94% effective at preventing deaths after two doses, it added.

Some countries including Cambodia and the United Arab Emirates have offered vaccines made by AstraZeneca Plc or Pfizer Inc as boosters to those who received doses developed by China's Sinopharm.

"The most likely thing is that you will indeed need a third dose at some point, the question is when is the best moment and with what type of vaccine," Lely Solari, one of the seven authors of the paper, told Reuters in an interview.

Solari said that while the efficacy of Sinopharm's vaccine against infections was found to be low, it was still acceptable by the World Health Organization (WHO) standards.

The vaccine had shown a 78.1% efficacy rate against symptomatic COVID-19 cases in Phase III clinical trials, WHO data showed. An announcement from Peru's ministry of health said last month the vaccine was 98% effective against deaths.

Peru has the highest pandemic death count per capita in the world, which scientists say was caused by the Lambda variant first identified late last year and made worse by a fragile healthcare system.

The Lambda variant recently grabbed headlines because of its spread in the United States and other Latin American nations, though several infectious disease experts said https://www.reuters.com/world/india/beyond-delta-scientists-are-watching-new-coronavirus-variants-2021-08-08 the spread of the variant may be receding.

The variant is more resistant to antibodies triggered by vaccines than the original version of the virus that emerged from Wuhan based on lab study results, Japanese researchers said https://www.biorxiv.org/content/10.1101/2021.07.28.454085v1 in a paper ahead of peer review.

(Reporting by Marcelo Rochabrun in Lima, Roxanne Liu and Ryan Woo in Beijing; Editing by Sayantani Ghosh and Muralikumar Anantharaman)