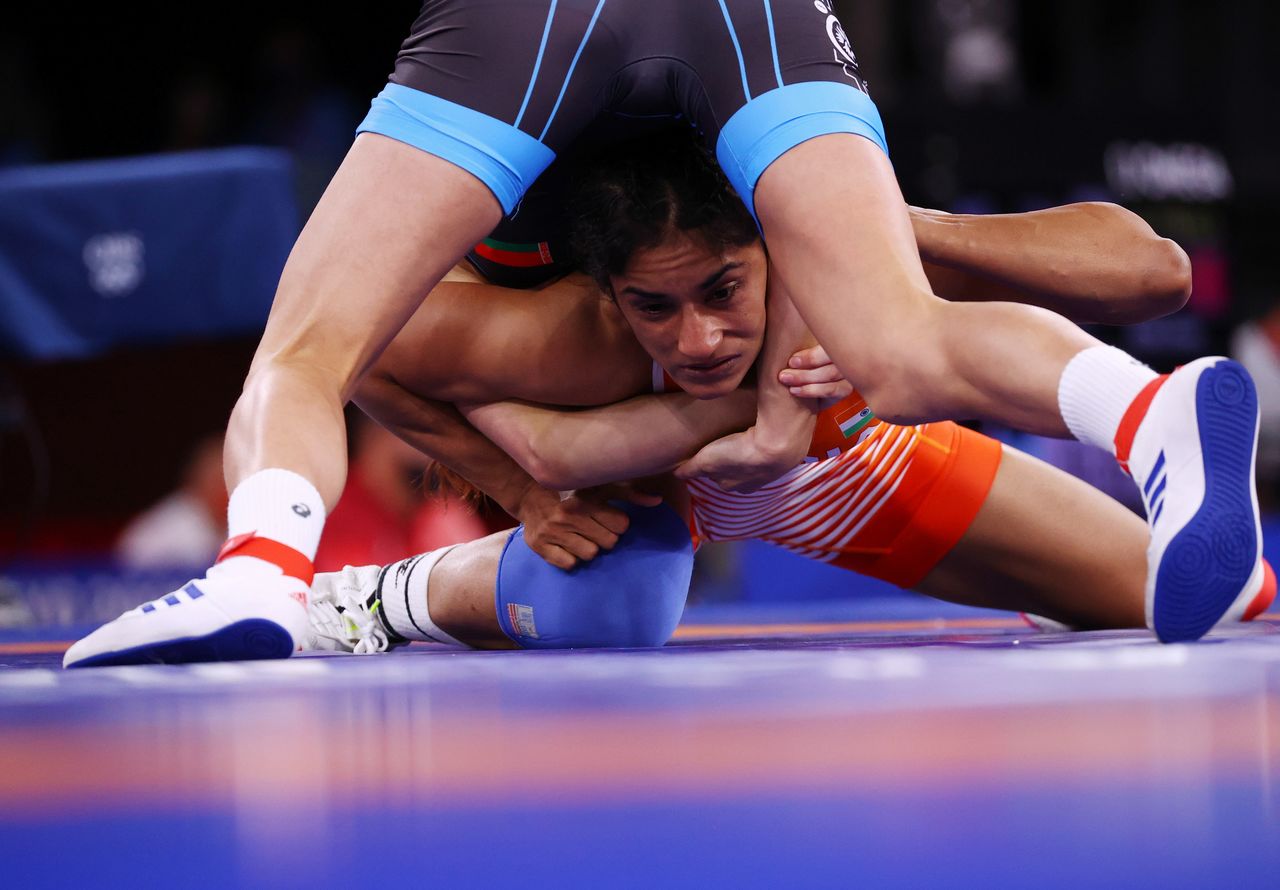 FILE PHOTO: Vinesh Phogat of India in action against Vanesa Kaladzinskaya of Belarus at the Tokyo Olympics. REUTERS/Leah Millis/File Photo

NEW DELHI (Reuters) - India's Vinesh Phogat is not sure when, if at all, she would return to the wrestling mat as she struggles to cope with the disappointment of her Tokyo Olympics campaign.

Five years after being stretchered off the mat with a twisted knee in Rio, the 26-year-old was the top seed in the women's 53-kg freestyle event in Tokyo.

Belarusian Vanesa Kaladzinskaya shocked her in the quarter-finals and Phogat was accused of "indiscipline" by the Wrestling Federation of India on her return from Japan.

As celebration continues across India after the country's biggest medal haul in Tokyo, Phogat is grappling with a second Olympic disappointment.

"I knew that in India, you fall as fast as you rise. One medal (lost) and everything is finished," she wrote in Friday's Indian Express newspaper.

"I don't know when I will return (to the mat). Maybe I won't. I feel I was better off with that broken leg. I had something to correct. Now my body is not broken, but I'm truly broken."

Phogat said she continued to feel the after-effects of a concussion she had suffered in 2017 and twice contracted COVID-19 in her build-up to Tokyo.

The two-time Commonwealth Games champion also battled mental health issues and spoke to a psychologist but felt enough attention was not paid to the issue in India.

"We celebrate Simone Biles as she said that I am not mentally prepared to perform at the Olympics and did not do her event," she said, referring to the American gymnast who skipped most of her Olympic events in Tokyo to focus on her mental health.

"Try just saying that in India. Forget pulling out of wrestling, just try saying that you are not ready."