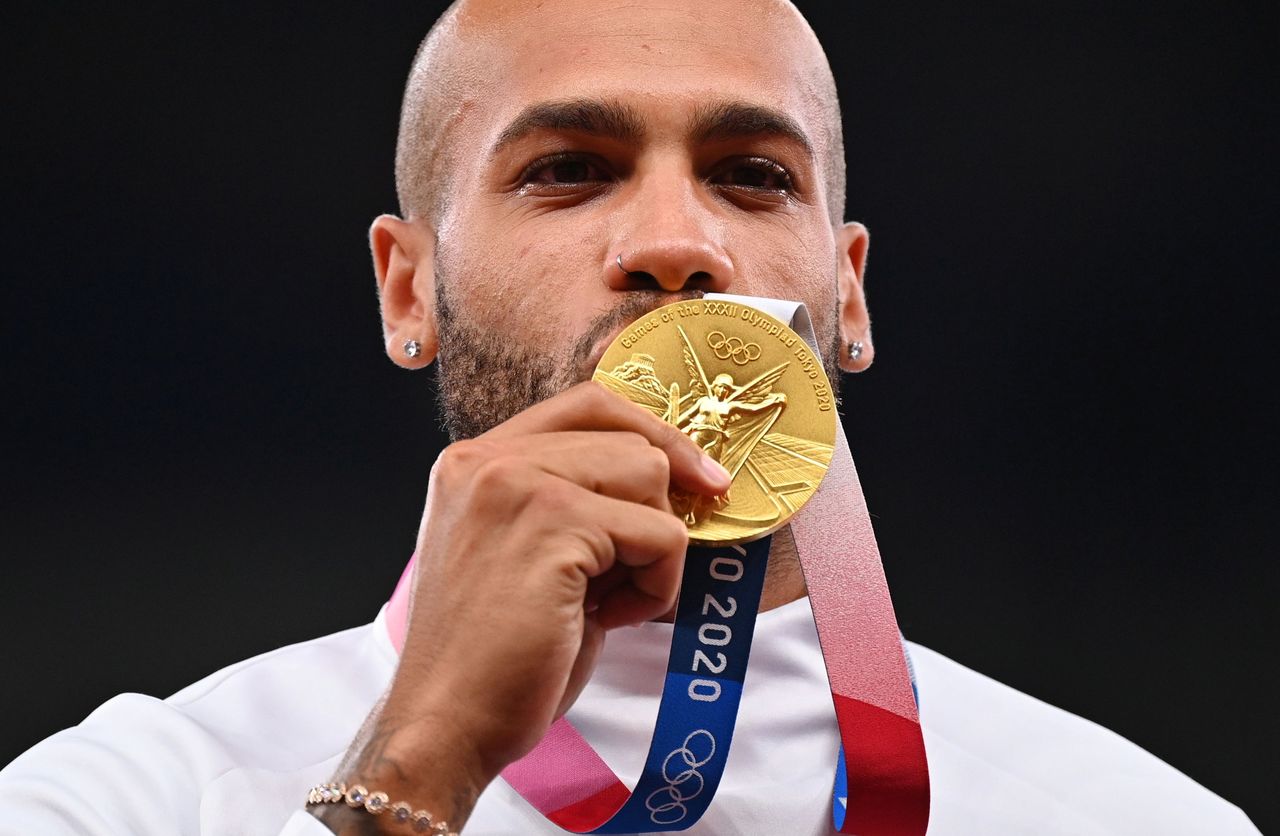 ROME (Reuters) - Italy’s double Olympic champion Lamont Marcell Jacobs said it made him smile to see the British media switch focus to a doping case in their own country, after previously raising suspicions that he could be a drug cheat.

Britain’s 4x100m relay silver medallist Chijindu Ujah was provisionally suspended on Thursday for allegedly breaching anti-doping rules after he returned an Adverse Analytical Finding (AAF) from a test carried out during Tokyo 2020.

“It makes me smile, thinking of those people who spoke without thinking about what they were saying, who must now look to their own home instead,” Jacobs told Rai.

“I have worked so hard, I have made sacrifices and I did not want to lend weight to people who do not know what they are talking about.”

Jacobs announced on Instagram on Thursday that he will not compete again until 2022 and he explained his decision, as well as revealing that he plans to compete in the 200 metres too next year.

“The decision to not compete again until 2022 was not simple, also because I am a competitor and always want to race, but then you realise that Tokyo is a starting point,” Jacobs said.

“Next year there are important events like the World Championships and European Championships, and I want to arrive there in top form and prove myself.”

"The 200m is an important race for working on and improving in the 100m. The double distance at that pace helps a lot," he added.