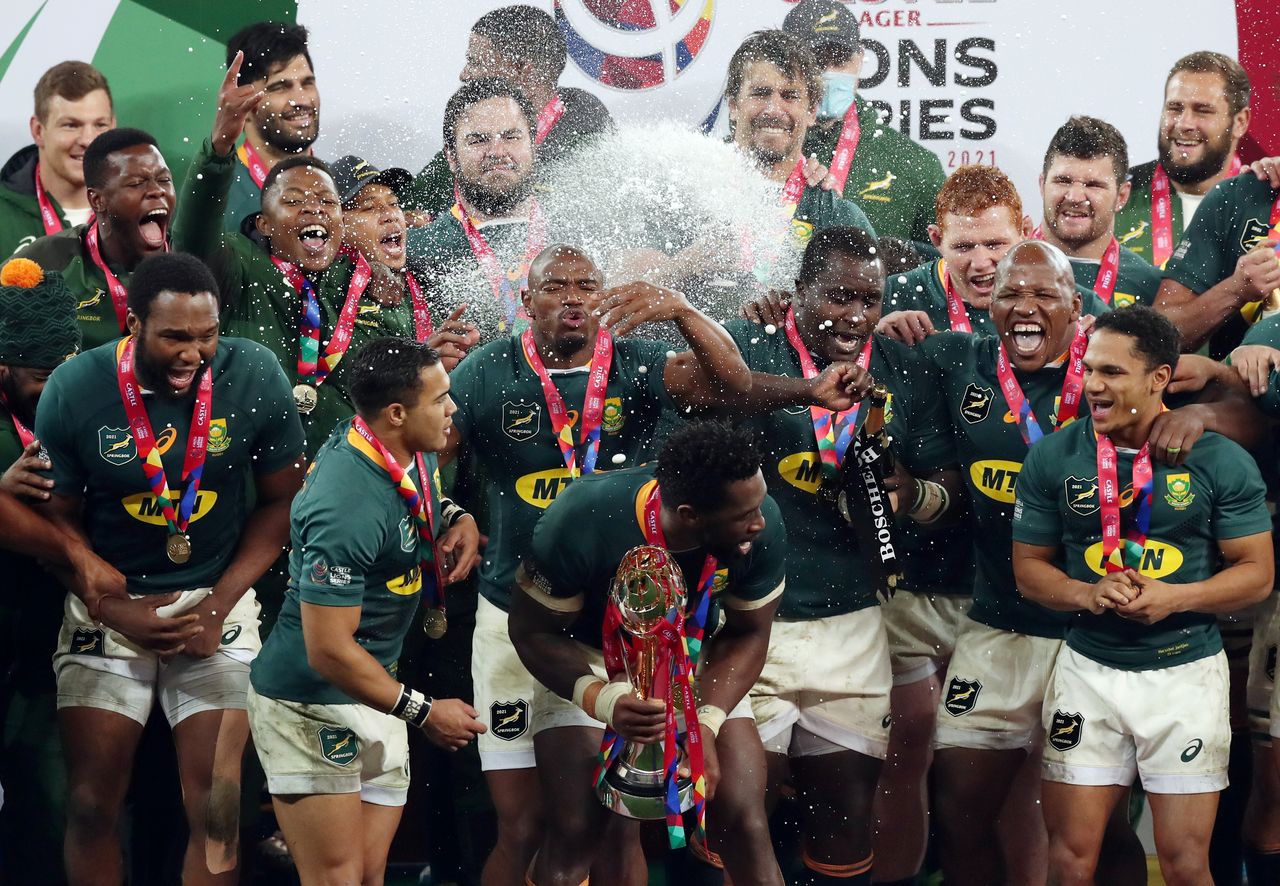 PORT ELIZABETH (Reuters) - South Africa are determined to cement themselves as the top-ranked rugby nation in the wake of their World Cup win and series victory over the British & Irish Lions, said captain Siya Kolisi ahead of their new Rugby Championship campaign.

The Springboks won the last World Cup in Japan, in late 2019, and last weekend narrowly edged the touring Lions 2-1 in their three-test series.

Yet they have played second fiddle to New Zealand with a single success in the southern hemisphere championship over the last eight years.

“If we had no COVID then last year our goal was to be number one and consistently stay there,” said Kolisi, whose team have been top of World Rugby’s rankings despite not playing for 20 months from the World Cup win until last month because of the global COVID-19 pandemic.

“To be number one, that’s the drive for us. We don’t want to be a one-off winner and then disappear,” he told a news conference on Friday.

Their top ranking will come under threat over the next few weeks as they take on Argentina on successive weekends in Port Elizabeth and then travel for two tests away against each of Australia and the All Blacks.

“We packed away the victory over the Lions on Saturday, we enjoyed ourselves after the match but then Sunday we were already working on the game against Argentina,” added Kolisi, who is one of five players remaining from last Saturday’s 19-16 win over the Lions in a much-changed home team to take on the Pumas on Saturday.

“This is a completely different challenge but we cannot prepare less than we did for the Lions. We’ve worked well this week on things specific for Argentina and to make sure we get our game plan going.

“It is also a great opportunity for the guys who are getting to start. These guys are hungry and want to play and they’ll bring an energy to the game.

"Last week is gone now, the Lions are gone but Argentina are here now wanting to prove a point,” the South Africa captain said.