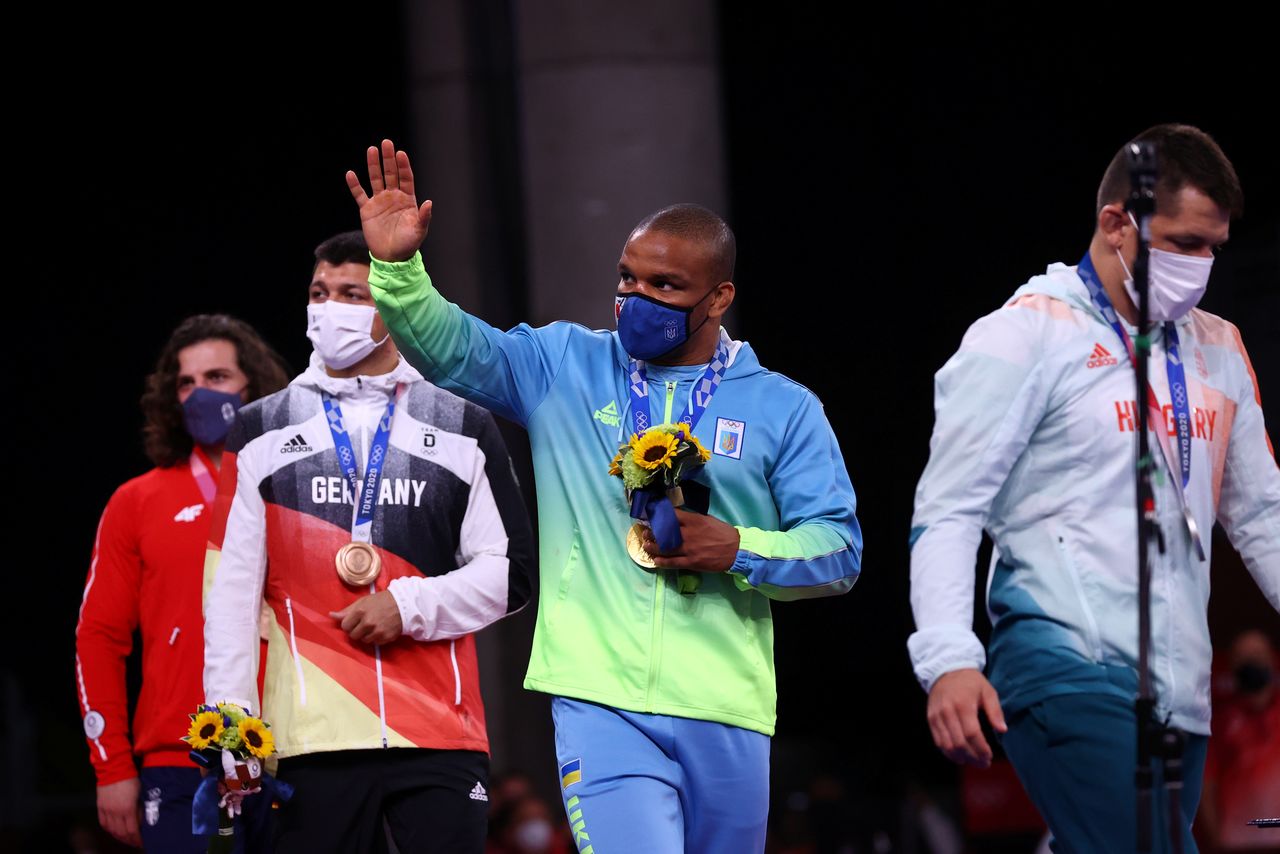 KYIV (Reuters) -A Ukrainian wrestler who won his country's only gold medal at the Tokyo Olympics last week said he was racially abused in the street on Friday on his return from the games.

Zhan Beleniuk, 30, is a two-time world wrestling champion who became Ukraine's first Black lawmaker when he entered parliament for President Volodymyr Zelenskiy's Servant of the People Party in 2019.

Last week, he had celebrated his wrestling victory by performing an impromptu Hopak - a traditional dance - on the mat with the Ukrainian flag.

In a Facebook post, Beleniuk said he was accosted by some unknown young persons who tried to start a confrontation with him and shouted racist abuse.

The incident had left Beleniuk wondering "if I am a Ukrainian for my state, what criteria of patriotism exists in it?!" he wrote in the same post, adding, "How can an Olympic champion feel safe in his homeland and in his hometown ?!"

The post sparked many social media messages in support of Beleniuk, including from Zelenskiy himself.

"The Ukrainian anthem played at the Olympics @Tokyo2020 thanks to #ZhanBeleniuk! He is one of the most worthy sons of Ukraine, our people are proud of him!" Zelenskiy tweeted.

"And any manifestations of racism or xenophobia in Ukraine are unacceptable! The police must respond harshly to such cases and stop them."

Ukrainian police have launched an investigation.

"Beleniuk is our hero, this is a provocation," said Oleksandr Pastukhov, the spokesperson of the Ukrainian Federation of Greco-Roman and Sports Wrestling.

Speaking to Reuters by phone, he called the incident sad and unpleasant, adding Beleniuk had "proved that he is a patriot, he is a real Ukrainian."

Pastukhov said he had been with the wrestler on his return from the Tokyo games and seen dozens of Ukrainians come up to Beleniuk to congratulate him in Kyiv.

Beleniuk, who was born to a Ukrainian mother and a Rwandan father, has previously talked about being racially abused as a child.

Last week he won the Greco-Roman middleweight gold by beating Hungary's Viktor Lorincz in the final, having won a silver medal at the Rio Olympics in 2016.

He was congratulated by Zelenskiy after his victory. Beleniuk posted a selfie of the two men together on his Facebook page on Thursday, with Beleniuk wearing his gold medal.