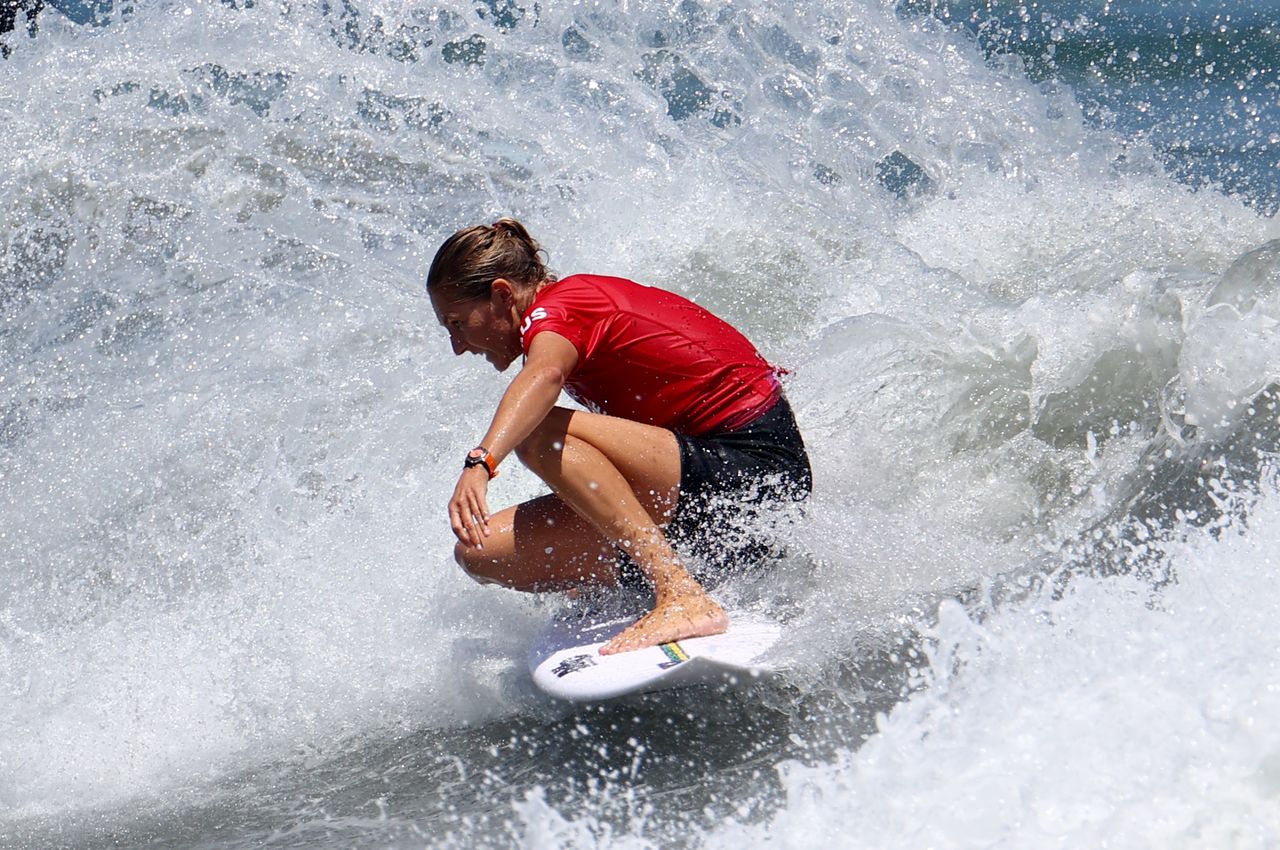 The 23-year-old Robinson stormed through the field with high risk aerial manoeuvres and scored one of the best tube rides of the event in the final against Brazil's Deivid Silva.

"Wooooah! I did it, yeah," Robinson said in a beach interview after his win. "Everyone else was surfing really good, but being able to rise and go above it, I felt like I could do that every heat. I was in a good spot."

The stylish Gilmore, who honed her skills on similar pointbreak waves on Australia's Gold Coast, overcame Hawaii's reining world and Olympic champion Carissa Moore in their semi-final before taking down Malia Manuel of Hawaii in the final.

"Best feeling ever! I haven't won a contest in a long time," Gilmore said.

The final stop of the world tour, which had been scheduled for Tahiti later this month, was cancelled after French Polynesia imposed a state of emergency due to a resurgent COVID-19 outbreak.

Under a new format introduced this year, the men and women ranked in the top five after seven events qualified for a one-day WSL Finals at Lower Trestles in San Clemente, California, next month.

Previously, world champions were determined by points accumulated over the entire season.

(Reporting by Lincoln Feast in Sydney, editing by Pritha Sarkar)