TOKYO (Reuters) -One woman was dead and two people were missing on Saturday after torrential rains touched off a landslide and engulfed at least two houses in western Japan, with rivers overflowing their banks as rain continued to pound the area.

A wide swath of western Japan, particularly the southernmost main island of Kyushu, saw record levels of rainfall, with as much as 956 mm (37.6 inches) falling in one area in the three days to noon on Saturday.

"People must take steps to secure their safety," a JMA official told a news conference.

"There has been almost no movement of the rain front over Japan, and it's being fed by warm, humid air, which is making it more active."

Rivers broke their banks in several cities, including Kurume in Fukuoka, and were dangerously close to the tops in others. The Kamo River running through the ancient capital of Kyoto was high but not flooded as of noon Saturday.

Landslides hit several parts of Nagasaki prefecture, with one sweeping away at least two houses and killing Fumiyo Mori, 59. Her husband and daughter were missing, and military personnel joined rescuers looking for them, NHK said.

Shinkansen bullet train service was halted along much of the line running from Tokyo to Kyushu.

Heavy rains have moved into the central part of the largest main island of Honshu. The JMA has warned that the front is likely to remain over the nation for about a week. 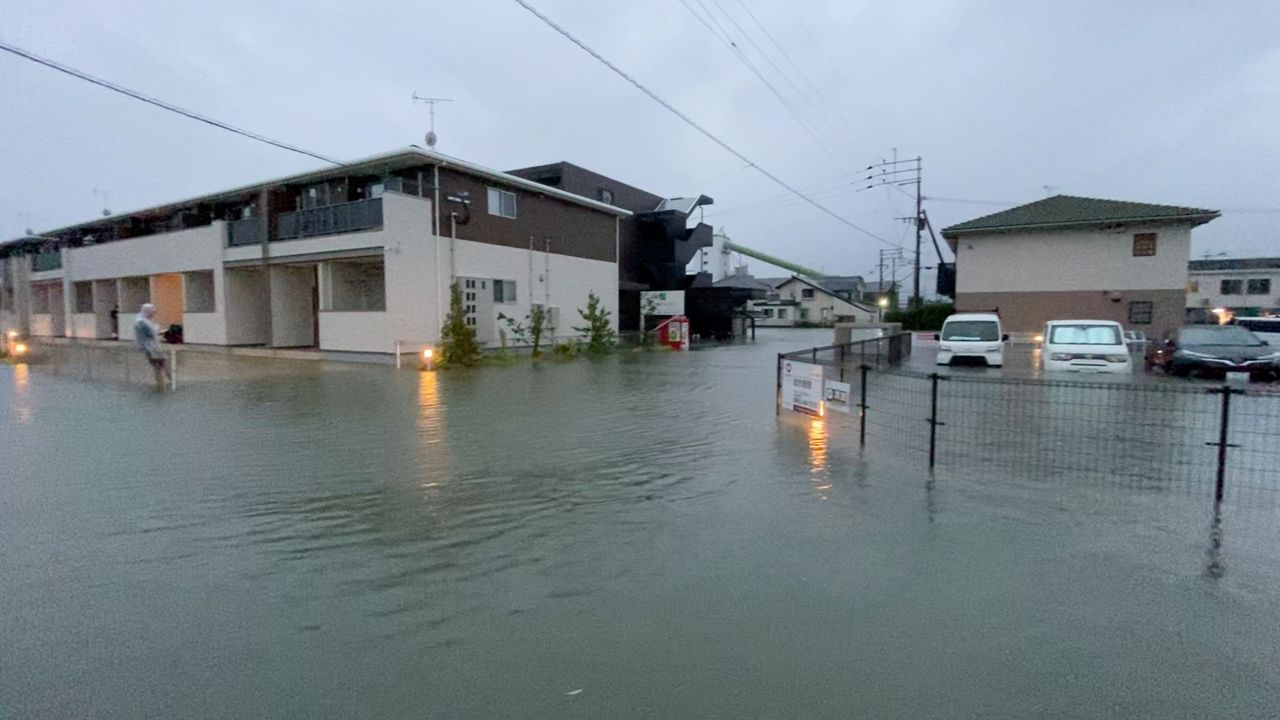 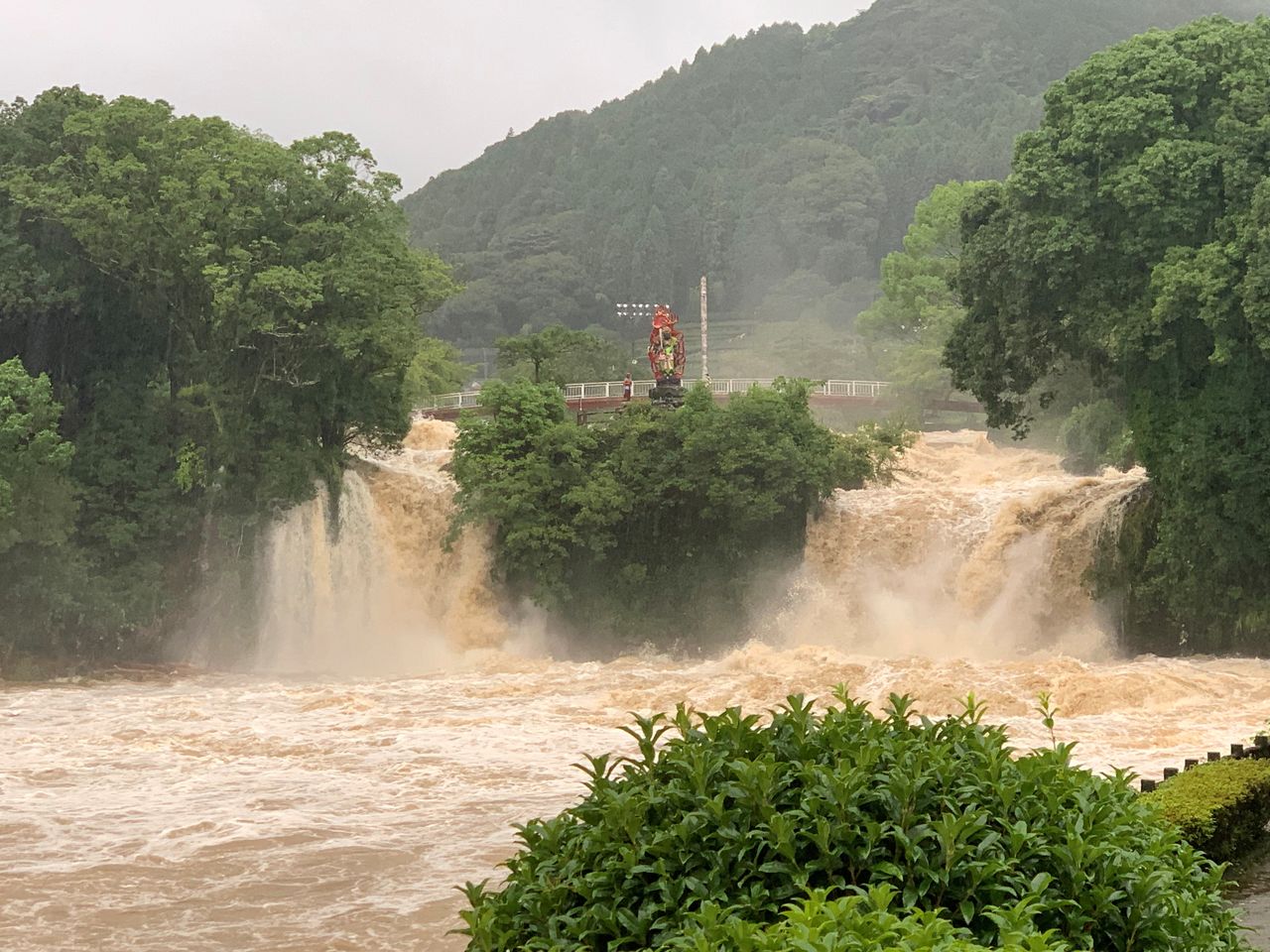