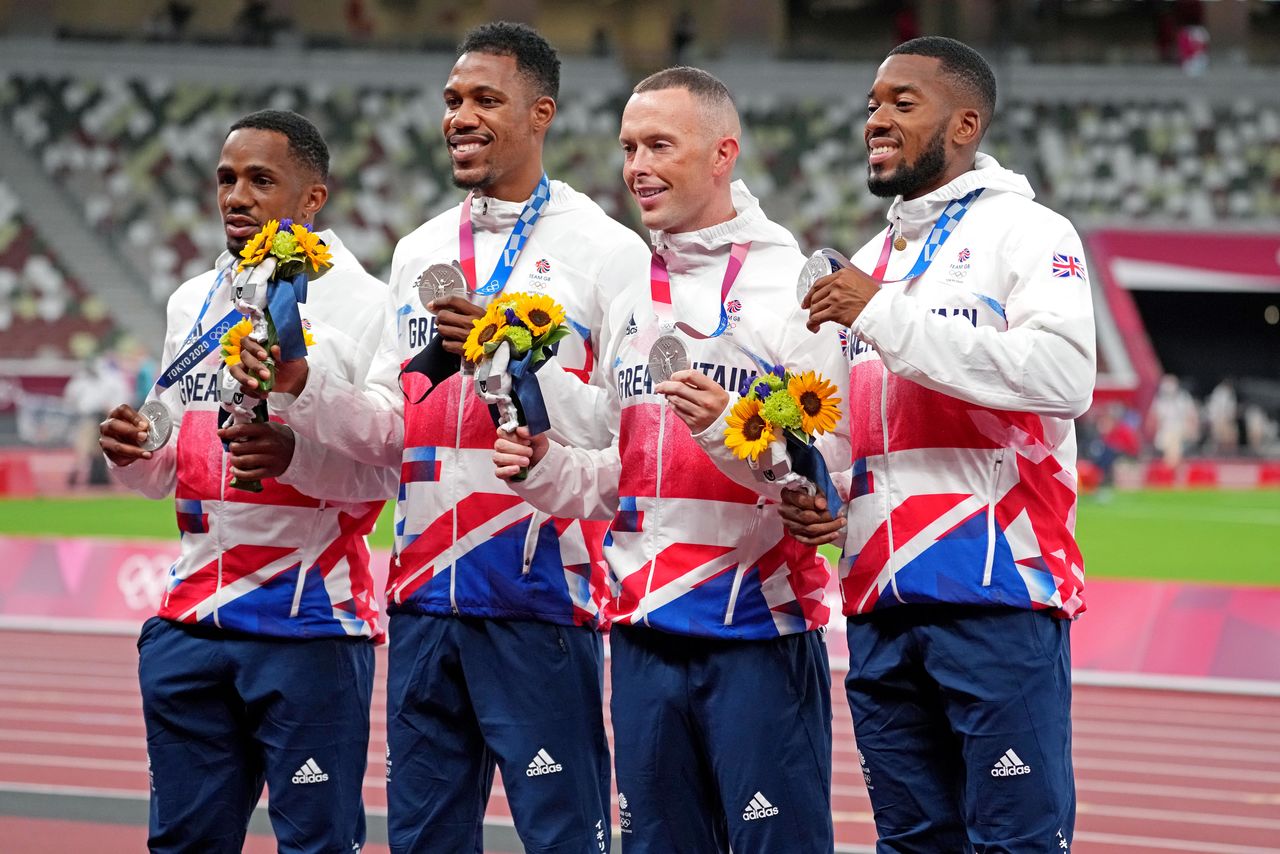 (Reuters) - The British Olympic Association's Chairman Hugh Robertson said it would be "tragic" if other members of the country's Olympic 4x100m relay team were stripped of their silver medals over Chijindu Ujah's anti-doping rule violation.

The Athletics Integrity Unit said on Thursday Ujah has been provisionally suspended for allegedly breaching anti-doping rules at the Tokyo Games after he had returned an Adverse Analytical Finding (AAF) from a test carried out during the Olympics.

It listed the prohibited substances detected as Ostarine and S-23, both classified by world anti-doping organisation WADA as a selective androgen receptor modulator (SARM) with effects similar to anabolic steroids.

Ujah's relay team mates were Zharnel Hughes, Richard Kilty and Nethaneel Mitchell-Blake, whose medals will also be at risk if the positive is confirmed.

"It is absolutely tragic for the other members of the relay team but those are the rules," Robertson told The Times newspaper https://www.thetimes.co.uk/article/tragic-if-britains-4x100m-relay-team-lose-silver-medals-says-olympic-chief-hugh-robertson-rd263tdlc on Friday.

"It is very disappointing news of course but he remains innocent until proven guilty and we will absolutely respect the process.

"We in British sport spend a lot of time and money on educating athletes about prohibited substances so if they transgress they will be fully aware of what the consequences are."

Ujah was part of the British team that missed out on the Olympic 4x100m title to Italy by one hundredth of a second in Tokyo earlier this month.

The 27-year-old can request analysis of his B-sample and should that confirm the AAF finding, the case will be referred to the Anti-Doping Division of the Court of Arbitration for Sport.

If the ban is upheld, Canada would be upgraded to silver while China would receive bronze.

(Reporting by Manasi Pathak in Bengaluru; Editing by Kim Coghill)