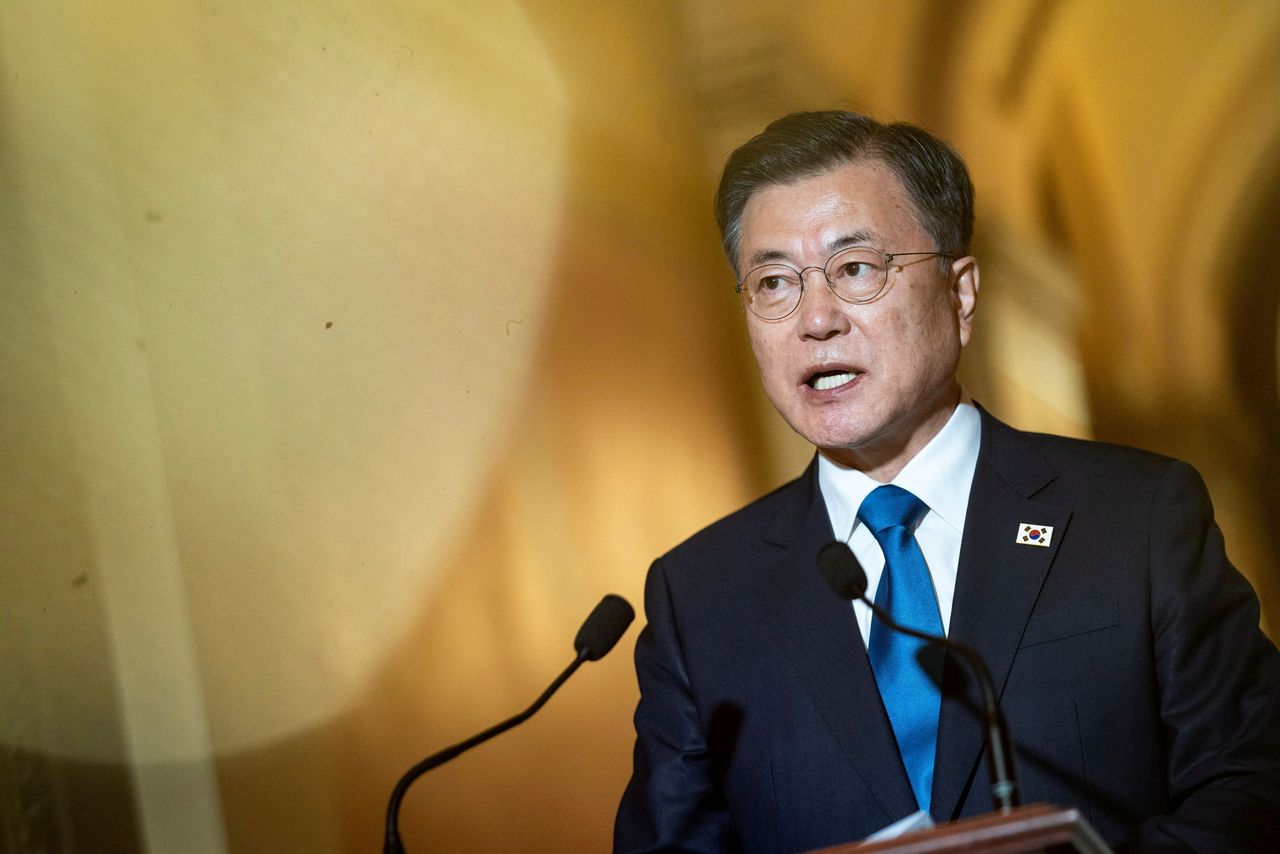 SEOUL (Reuters) - South Korean President Moon Jae-in said on Sunday that his government remained open to dialogue with Japan to step up cooperation while seeking to resolve historical rows that had long frayed bilateral ties.

Moon, in his Liberation Day speech marking the 76th anniversary of independence from Japan's 1910-45 colonial rule after World War II, said the two neighbours should work together to "surmount difficulties" and foster cooperation based on shared values of democracy and market economy.

"Our government has always kept the door open for dialogue to jointly respond not only to our two countries' pending issues but also threats facing the world, including COVID-19 and the climate crisis," Moon said.

"For historical issues that need to be rectified, we will resolve them through actions and practices that are consistent with universal values and the standards of the international community."

Relations have soured to their lowest points in decades in recent years over reminders of the colonisation, after Korean courts ordered Tokyo to compensate victims who were forced to work for Japanese companies and at its wartime military brothels.

The rulings drew a rebuke from Tokyo, which says the issues were settled under a 1965 treaty that normalised diplomatic relations and other arrangements made later.

Moon's speech came two days after Japan's defence minister visited Yasukuni shrine, a symbol of the country's imperialist past and a flashpoint with South Korea and China.

Last month, Moon scrapped a plan to visit Tokyo for the Olympics and hold his first summit with Prime Minister Yoshihide Suga after what his office called unacceptable remarks by a Seoul-based Japanese diplomat.

Moon had expressed hopes that the Games could be a chance to seek a diplomatic solution to the historical feuds and promote joint economic recovery with Japan from the coronavirus pandemic while reviving stalled talks with North Korea.