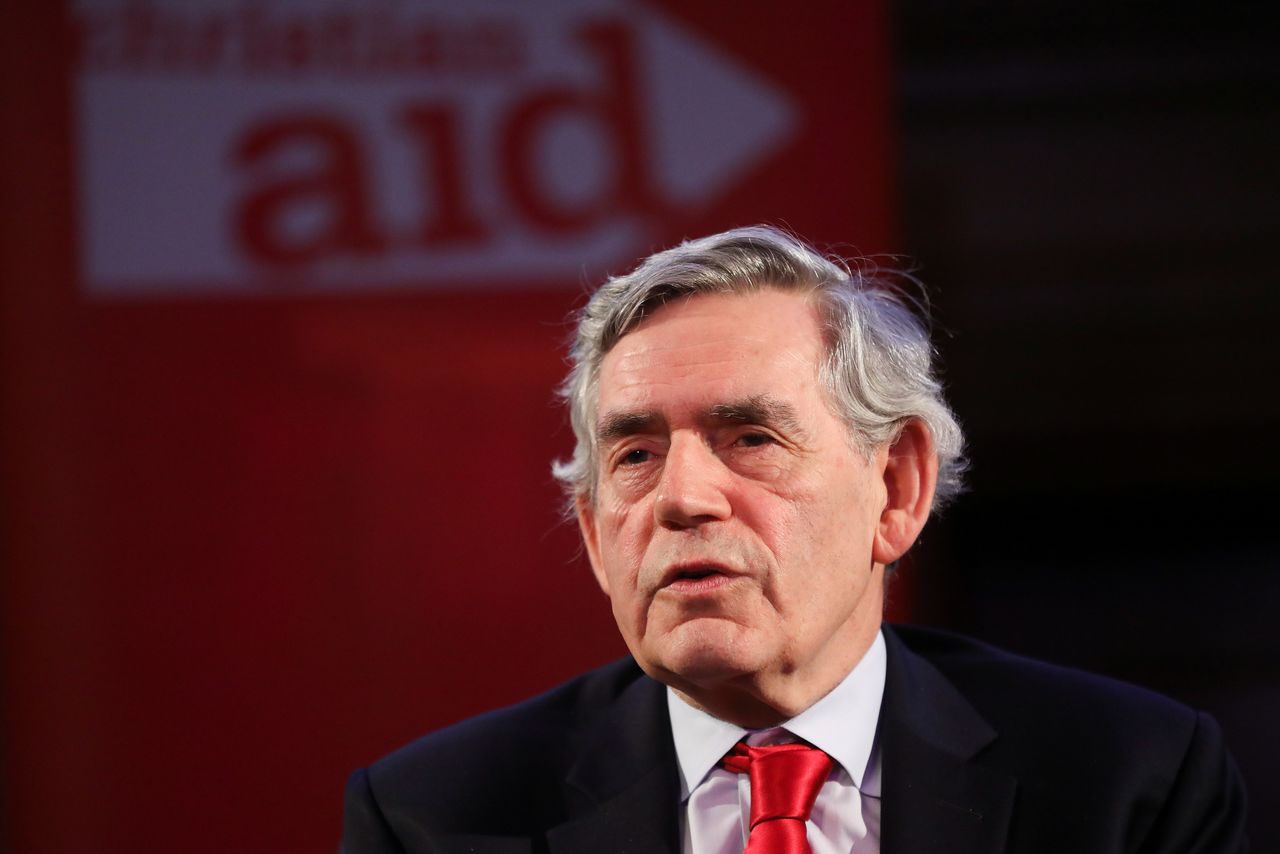 Brown, prime minister between 2007 and 2010, has been leading a push for richer countries to share more of the cost of vaccinating people in developing countries, many of which have low inoculation rates and rising cases.

He appealed to U.S. President Joe Biden, British Prime Minister Boris Johnson and Italian Prime Minister Mario Draghi, chair of the Group of 20 wealthy nations, to hold the summit before September when world leaders will take part in the U.N.'s General Assembly.

He called for the leaders to end the "stranglehold" on vaccines of rich nations with excess supply, and for them to help Africa and other low-income countries with finance and logistics.

"Their leadership can ensure finance to build African manufacturing capacity for the longer term and unblock the barriers to African purchases of vaccines now and over the next year," Brown said in a statement on Monday.

"Only intervention at the highest level by Joe Biden, Boris Johnson and the current chair of the G20, Mario Draghi, at a global vaccine summit in the next month can end this vaccine inequality that shames the world."

The leaders of the Group of Seven advanced economies - the United States, Britain, Canada, France, Germany, Italy and Japan - agreed in June to provide 1 billion doses to poorer countries by the end of 2022.

But Brown said most of those would not be delivered to Africa, where less than 2% of people have been fully vaccinated, until next year.

"The biggest threat we all face comes from COVID spreading and mutating uninhibited in poor unvaccinated countries," he said.