By Sakura Murakami and Joseph Campbell

SOEDA, Japan (Reuters) - Japan warned of more rain to come, especially in the southwest island of Kyushu, as rescue teams searched for people missing in landslides and residents grew weary of the continuing rain.

Heavy rains lashed much of Japan over the weekend, submerging streets and triggering landslides that killed four people in Nagano and Nagasaki prefectures according to local media.

Kyushu and other areas of Japan have seen record levels of rainfall, although it has let up since Sunday. Residents of the small town of Soeda on Kyushu island spoke of their weariness of rains that have been pummelling them for the past few days.

"I know how terrifying floods can be, so I've been really worried," said Ryoji Watakabe, 59, who owns a shop selling pastes and jams.

His shop flooded in 2017, and he has closely watched the river that flows past his shop for signs it would overflow.

"I was trembling with fear as I monitored the river" over the past few days, he said. "But I think the worst is over."

Late on Sunday in Soeda, which lies in a mountainous area along a river, a 75-year-old woman was rescued from a landslide that happened earlier in the day.

"I can hear the rocks in the river rolling on the riverbed at night, and it's very hard to sleep," said Fujikawa, 70.

"It sounds like thunder," he said, as muddy, brown water flowed fast in the river next to his house.

He checks on the river every so often to make sure the water hasn't risen too high, but so far has no plans to evacuate.

"The rain itself isn't so heavy, but it's been going on for ages," he said.

He said he thinks his safety isn't at risk for now. 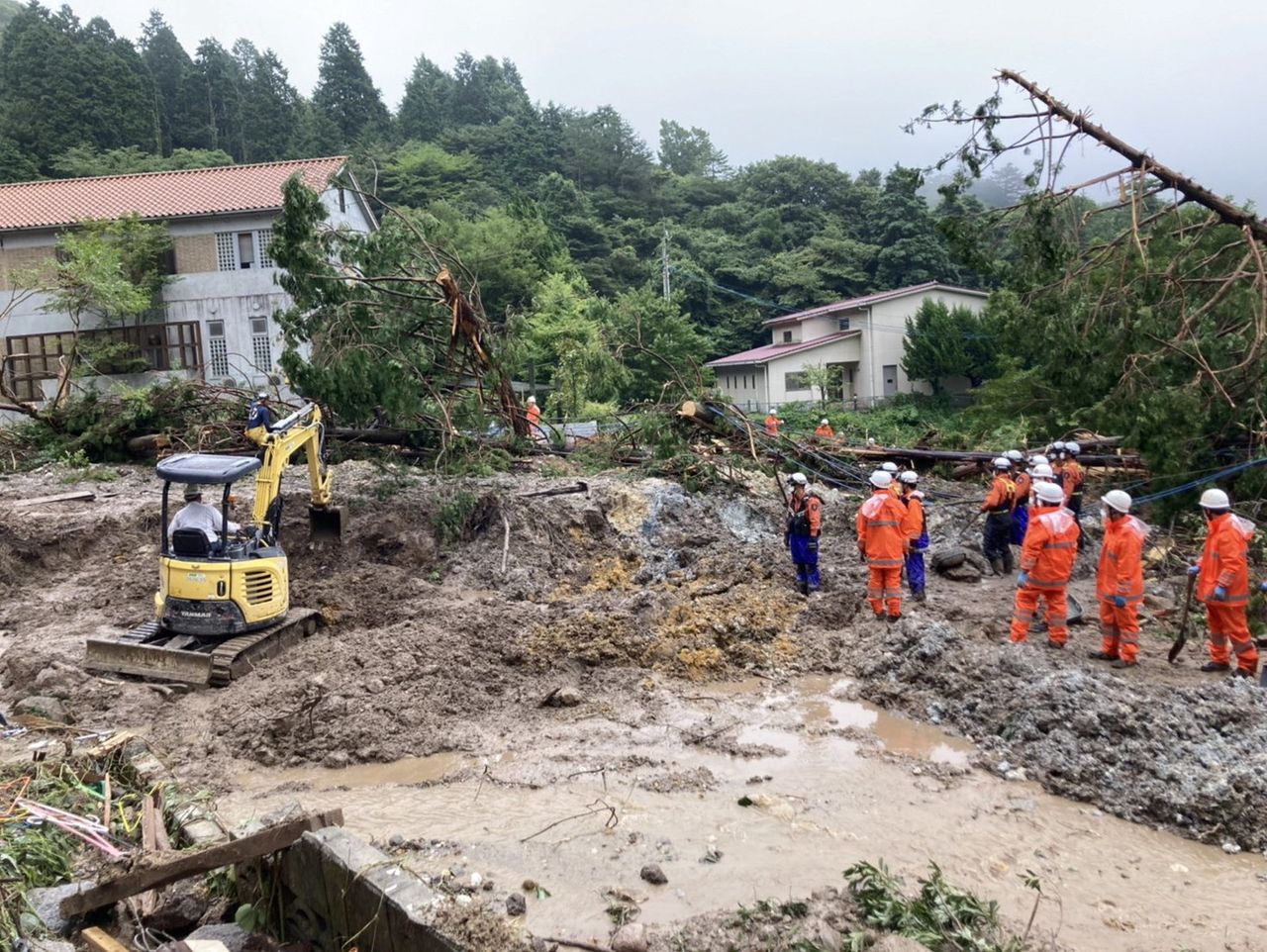 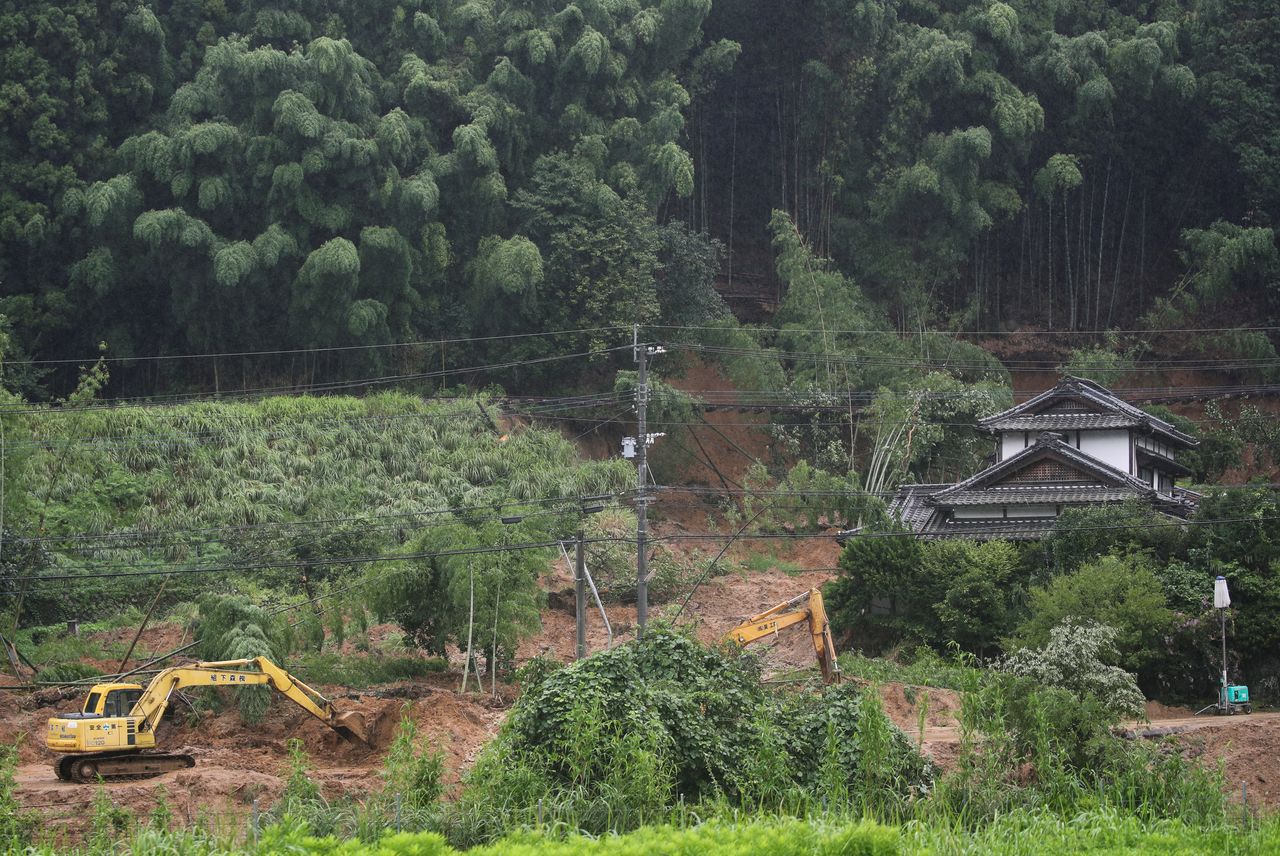 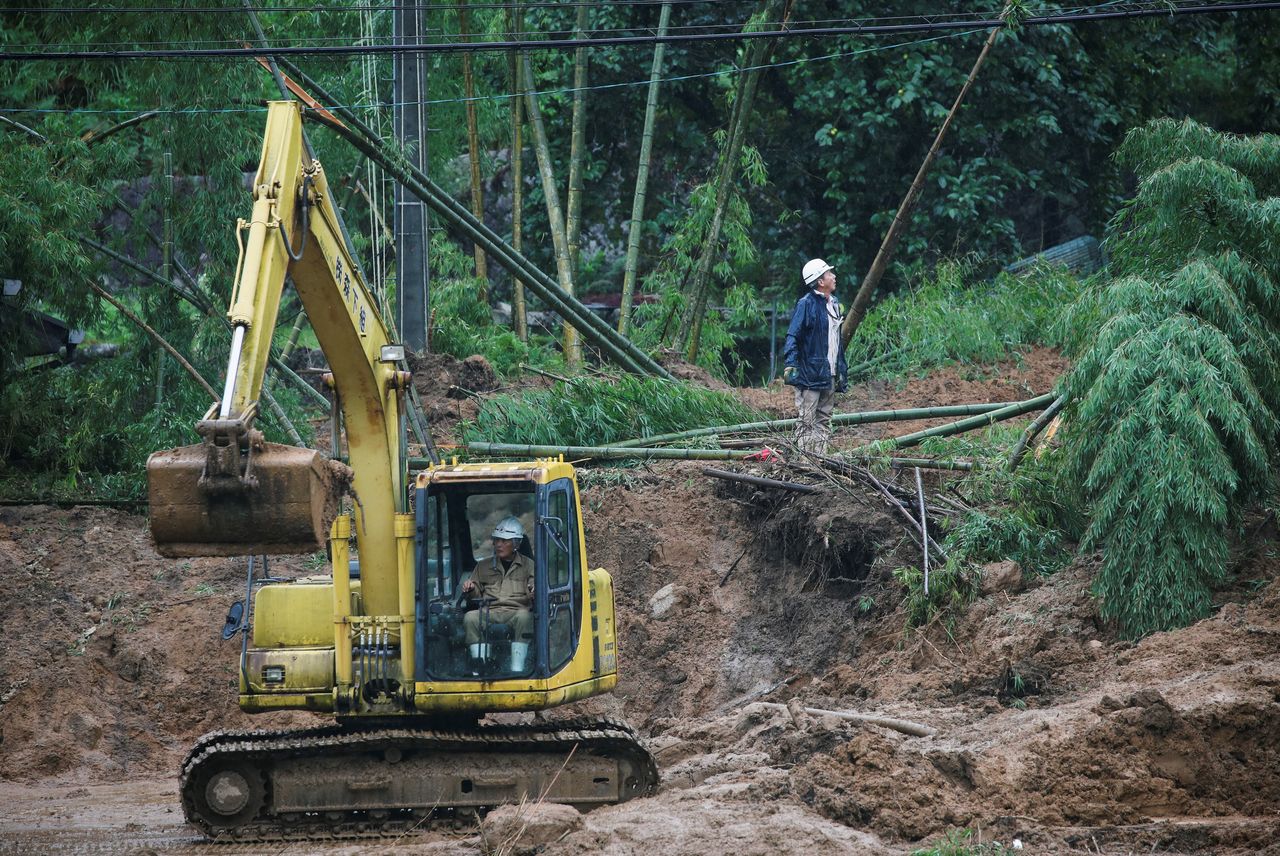 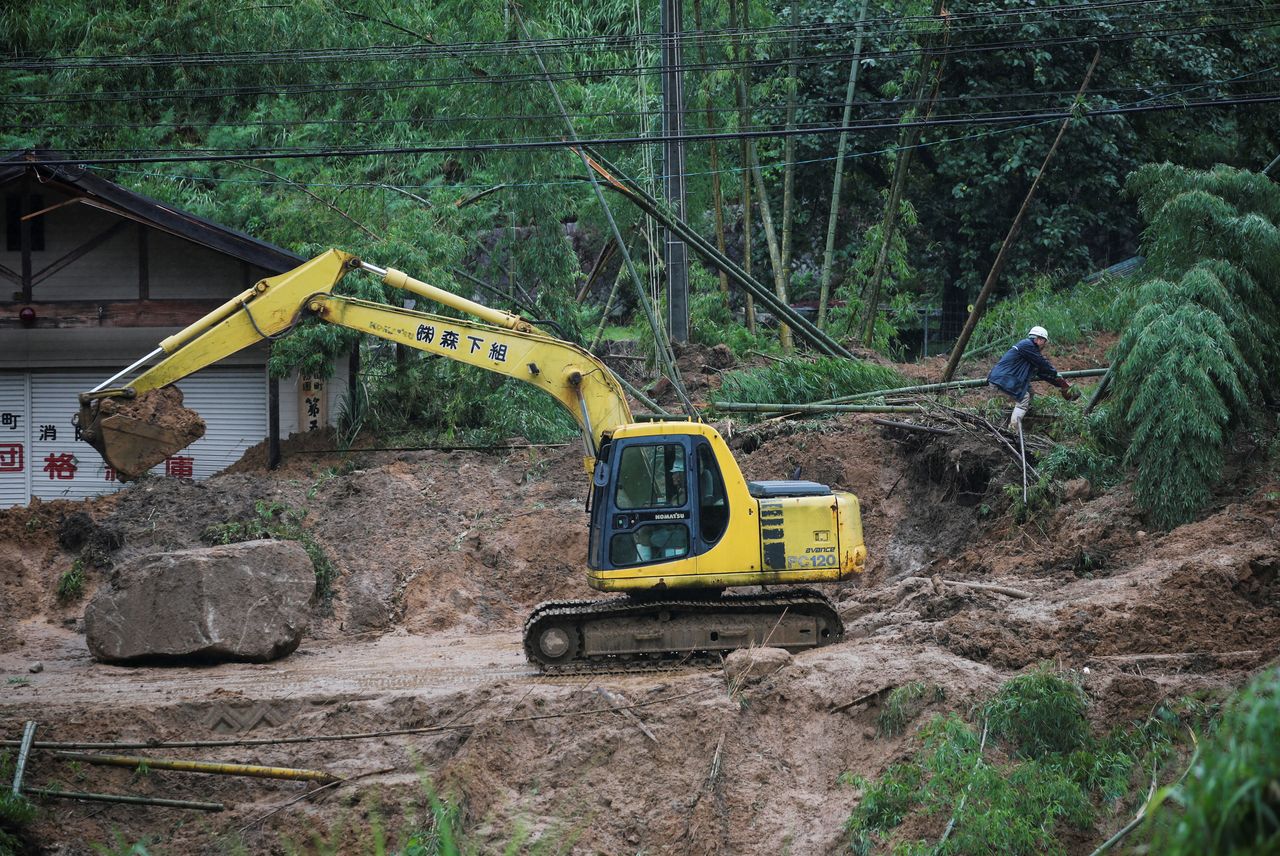