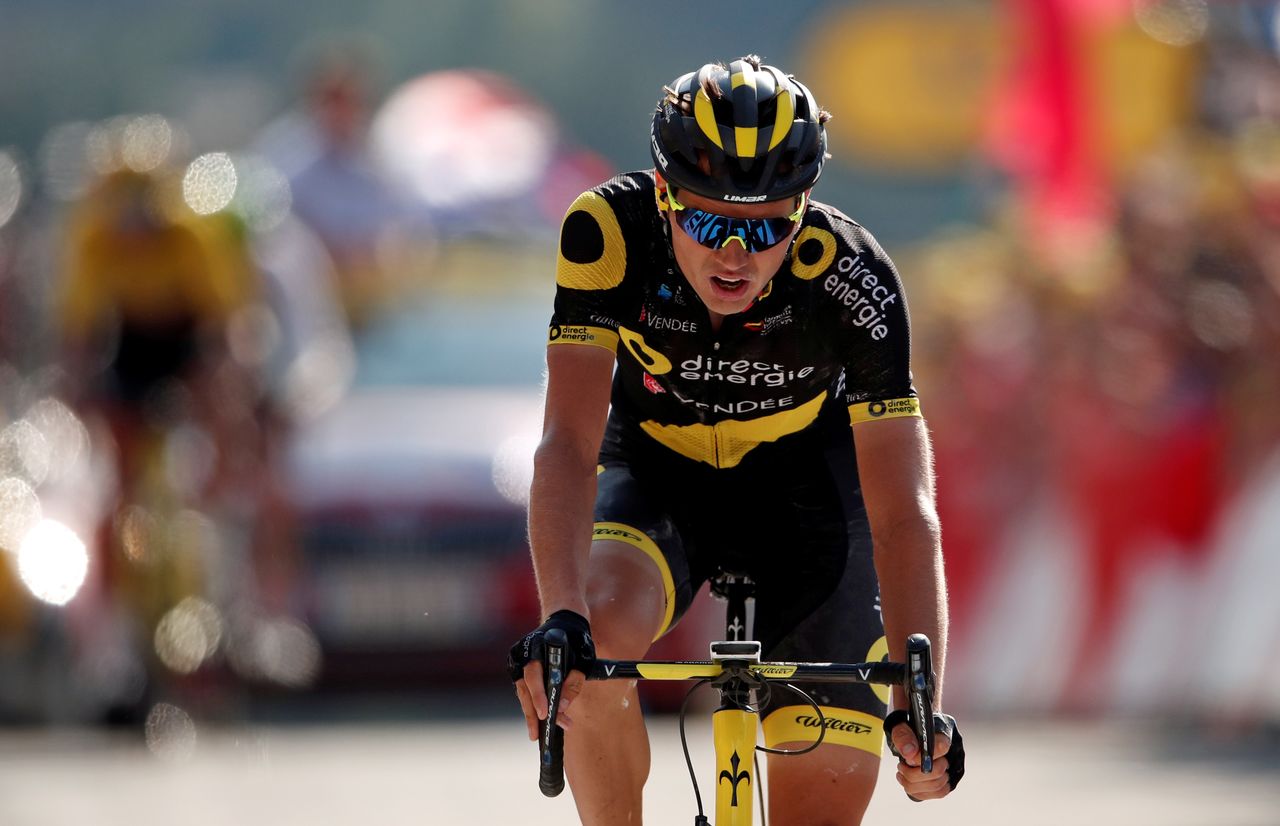 (Reuters) - Estonia's Rein Taaramae clinched a surprise victory in stage three of the Vuelta a Espana on Monday and took possession of the red jersey as the race entered the mountains for the first time with a 202km ride from Santo Domingo de Silos to Espinosa de los Monteros.

The 34-year-old veteran broke away from the eight-man leading pack and hit the front with 2km to go in a gruelling summit finish, winning the second Vuelta stage of his career -- a decade on from his first -- in five hours 16 minutes 57 seconds.

Defending champion Primoz Roglic, who won the individual time trial on Saturday, finished a minute and 48 seconds back.

It was a disappointing day for some of the other favourites, with Olympic road race champion Richard Carapaz struggling and losing a minute, while Sepp Kuss suffered similar agony, being left behind with 3km to go and losing two minutes.

Taaramae's win gave him a 25-second advantage over Elissonde in the general classification, with overnight leader Roglic 30 seconds down in third.

The Vuelta will continue on Tuesday with a flat 163.6km course from El Burgo de Osma to Molina de Aragon.

(Reporting by Dhruv Munjal in Bengaluru)