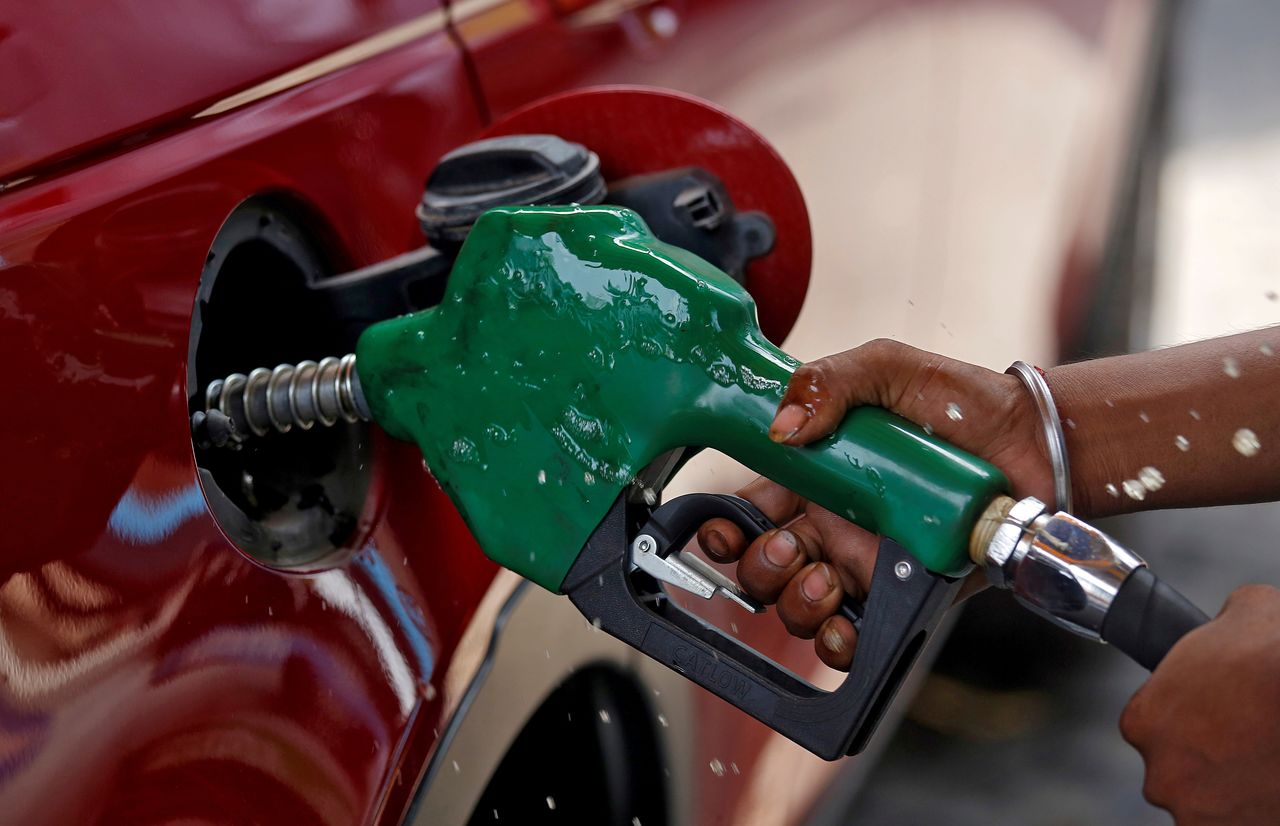 FILE PHOTO: A worker holds a nozzle to pump petrol into a vehicle at a fuel station in Mumbai, India, May 21, 2018. REUTERS/Francis Mascarenhas/File Photo

NEW DELHI (Reuters) - India has begun selling oil from its Strategic Petroleum Reserve (SPR) to state-run refiners as it implements a new policy to commercialise its federal storage by leasing out space, three sources familiar with the matter said.

Reuters reported last month that India had changed its policy to allow the Indian Strategic Petroleum Reserves Ltd (ISPRL), which manages the federal oil inventories, to lease 30% of its overall 37 million barrels capacity to Indian and foreign companies.

Last year, the ISPRL filled the SPRs https://www.reuters.com/article/india-oil-spr-idINKCN21Q2ES with cheap oil and it needs to sell some of that to make way for leasing.

So far Abu Dhabi National Oil Co (ADNOC) has leased one of the two equal size chambers at the 11-million-barrel Mangalore SPR.

The ISPRL is gradually releasing 8 million barrels from the SPRs to create space to also lease to state-run Mangalore Refinery and Petrochemicals Ltd and Hindustan Petroleum Corp, the sources said, asking not to be named.

After last year's oil price crash, caused by a collapse in demand triggered by the COVID-19 pandemic, prices have rallied strongly.

The two state-refiners, however, will buy oil from the ISPRL at a discount to the official selling price set by the producer countries.

India, the world's third-biggest oil importer and consumer that imports over 80% of its oil needs, is mirroring a model adopted by countries such as Japan and South Korea in its commercialisation of its SPRs.

The aim is to boost private participation in two new facilities that are planned.

Although the scale of India's oil release from the SPR is relatively small, it may reduce imports of UAE oil, one of the sources said.

So far, the ISPRL has started to sell about 5.5 million barrels of Upper Zakum oil from the UAE, which is stored in its Mangalore cavern, to MRPL.

It is seeking to empty the chamber by February, because MRPL wants to store a different grade of crude in it, two of the sources said.

MRPL will lease 300,000 tonnes of space in the Mangalore, while HPCL will take a similar-sized space in the about 7.5-million barrel Vizag SPR, which contains Iraqi Basra oil, they said.

The sources said HPCL wants the Iraqi oil, so the full volume does not need to be sold.

In the next stage, the ISPRL will lease out some space in its 2.5 million tonne (over 18 million barrels) Padur storage, which holds a mix of Arab oil, they said.

Under the policy shift, the federal government will also allow the ISPRL to trade oil equivalent to 20% of the overall SPR capacity in the India markets. The ISPRL has yet to decide on when to sell its share of oil in market, the sources said.

The ISPRL, HPCL and MRPL had no immediate comment when contacted by Reuters.