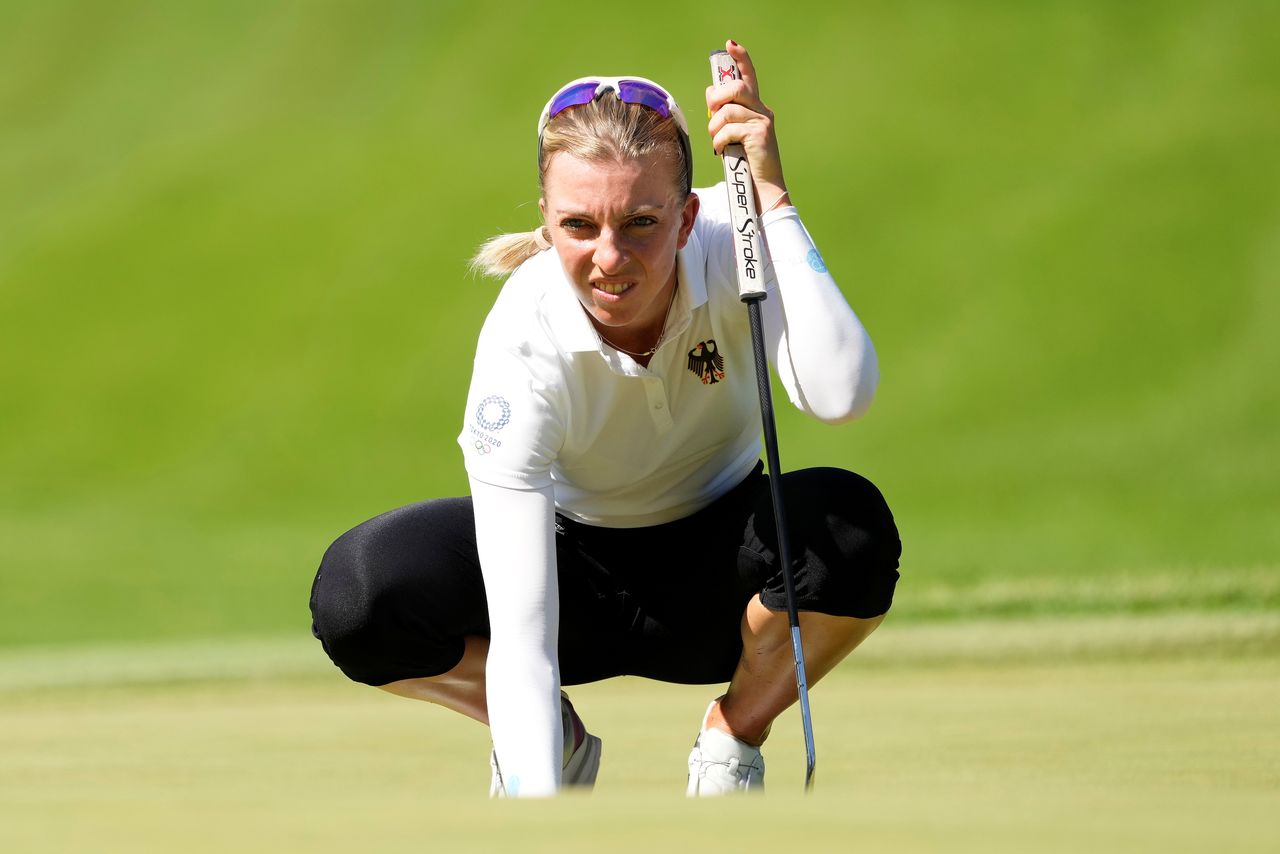 (Reuters) - Sophia Popov has embraced her status as the defending champion at the AIG Women's Open at Carnoustie this week, telling reporters on Tuesday that she is ready to build on her fairytale triumph from last year.

The German came into the 2020 tournament ranked 304th in the world, stunning the rest of the field to clinch a career-changing victory at Royal Troon.

"... Last year was a completely different time, not just in my career but where I was at that moment... so being able to tee it up as defending champion is something that's very, very special," she said ahead of Thursday's first round.

Popov, who has three top-10 finishes this year and will make her Solheim Cup debut in Ohio next month, is grouped with Sei Young Kim and Jessica Korda for the opening two rounds.

The 28-year-old added that she is still getting used to seeing her face being used to promote the event.

"There's been this video that's been like on a 20-second cycle going on in the clubhouse and everyone is just kind of like -- I think everyone is fed up of seeing me to be honest," she said.

"It (being defending champion) is awesome and I think just for me and myself, you walk in the locker room and I have one of the first lockers... that's very cool and I honestly didn't even know about that until I got here."

Among the challengers at Carnoustie will be world number six Lydia Ko, who won bronze at the Tokyo Olympics and finished tied for second at the Women's Scottish Open last week.

"It was a pretty quick turnaround from the Olympics to the Scottish Open... I've always loved playing over on this side of the world. Links golf is a lot different to the type of golf courses we normally get to play, so super excited," she said.

The New Zealander, who is looking for her third major win this week, added that she expects a tough tournament and this may be the trickiest British Open she has played.

"You have to be strategic around here... there are some holes where it (the bunkers) are a bit more of a factor than some of the other golf courses... but at the end of the day, everybody plays the same golf course... I'm just going to enjoy it out here."