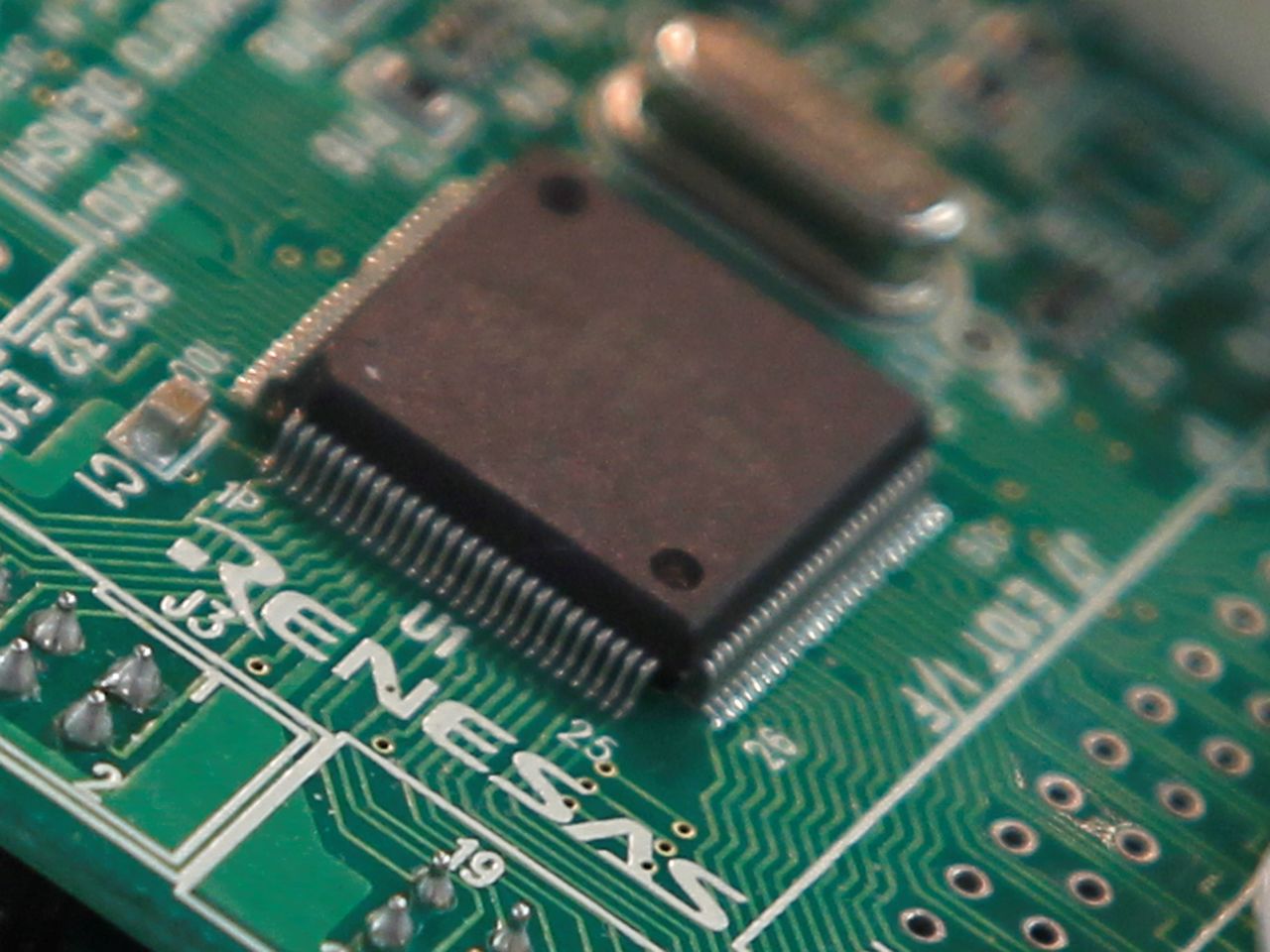 TOKYO (Reuters) - Japan is worried that U.S. plans to pour billions of dollars into chip manufacturing to fend off China could finish off what's left of a Japanese semiconductor industry that once dominated the world.

After "three lost decades", according to Japan's industry ministry, the country's share of global chip manufacturing has fallen from a half to a tenth as it leaked customers to cheaper rivals and failed to maintain a lead in cutting edge production.

As China and the United States, driven by a trade war and security concerns, ramp up support for the manufacturing of chips that run everything from smartphones to missiles, officials worry Japan will be squeezed out altogether.

"We can't just continue what we have been doing, we have to do something on a completely different level," former Prime Minister Shinzo Abe told fellow ruling LDP party members in May at a first party meeting to discuss how the country can be a leading digital economy.

Illustrating Japan's fear of being left out of a new technology world order, documents distributed by the Ministry of Economy Trade and Industry earlier this year showed a thick red dotted line over a bar graph pointing to the possibility of a zero chip industry share by 2030.

A major concern is the future of the country's still world-leading firms that supply chipmakers with items such as silicon wafers, chemical films and production machinery.

Officials fear that by luring Asian chip foundry giants such as Taiwan's Semiconductor Manufacturing Co Ltd (TSMC) to its soil, the United States could tempt these firms to follow.

"It's possible for companies to build in Japan and export, but the closer you can be as a supplier the better, it's easier to exchange information," said Kazumi Nishikawa, director of the IT industry at METI.

While the shift may not come immediately, "it could happen over the long term," he said.

"We are always prepared to respond to policy changes in each country," said a spokesperson for JSR, which makes light sensitive photoresist coatings used for engraving chips in Japan, Belgium and the United States.

When asked by Reuters, none of the companies said they currently plan to shift production to the United States.

To retain them, Japan needs chip foundries that will buy their wafers, machinery and chemicals, and will also ensure stable supplies of semiconductors for the country's car companies and electronic device makers.

TSMC, which is looking to expand overseas amid concern about the potential vulnerability of its Taiwan operations to mainland China's territorial ambitions, has established a research and development centre near Tokyo. It is also reviewing a plan to build a fabrication plant in Japan.

However, its biggest foreign venture by far is a $12 billion plant it is constructing in Arizona in the United States.

In a bid to keep up in the technology race, Prime Minister Yoshihide Suga's government in June approved a strategy devised by Nishikawa's team at METI to ensure Japan has enough chips to compete in technologies that will drive future economic growth, including artificial intelligence, high-speed 5G connectivity and self driving vehicles.

One initiative is to turn Japan into an Asian data centre hub. Such hubs generate huge demand for semiconductors, which in turn will lure chipmakers to build plants nearby.

The success of its industrial policy, however, will depend on money.

So far the country has allocated 500 billion yen ($4.5 billion) to reinforce technology supply chains to help companies grapple with shortages of chips and other components during the coronavirus pandemic, and to promote a shift to 5G.

That's only a fraction of spending proposed by other countries.

"At the current level of support, it's tough for Japan's semiconductor industry, and we want government incentives that are comparable with elsewhere in the world," The Japan Electronics and Information Technology Industries Association (JEITA) said in an email.

The U.S. Senate has approved a bill authorizing $190 billion of public money for new technology, including $54 billion on chips, while the European Union plans to spend 135 billion euros ($159 billion) on nurturing its own digital economy.

To equal this spending, Japan would have to earmark large sums of public money that the greying nation might otherwise spend on health and welfare. METI has yet to say how much it believes it needs.

"Given Japan's financial situation it will be difficult to match" the United States, the EU and China, former economic revitalization minister, Akira Amari and leader of the LDP group looking to "make Japan number one again," told Reuters.