Nissan has a new 'Z' that's a blast from the past 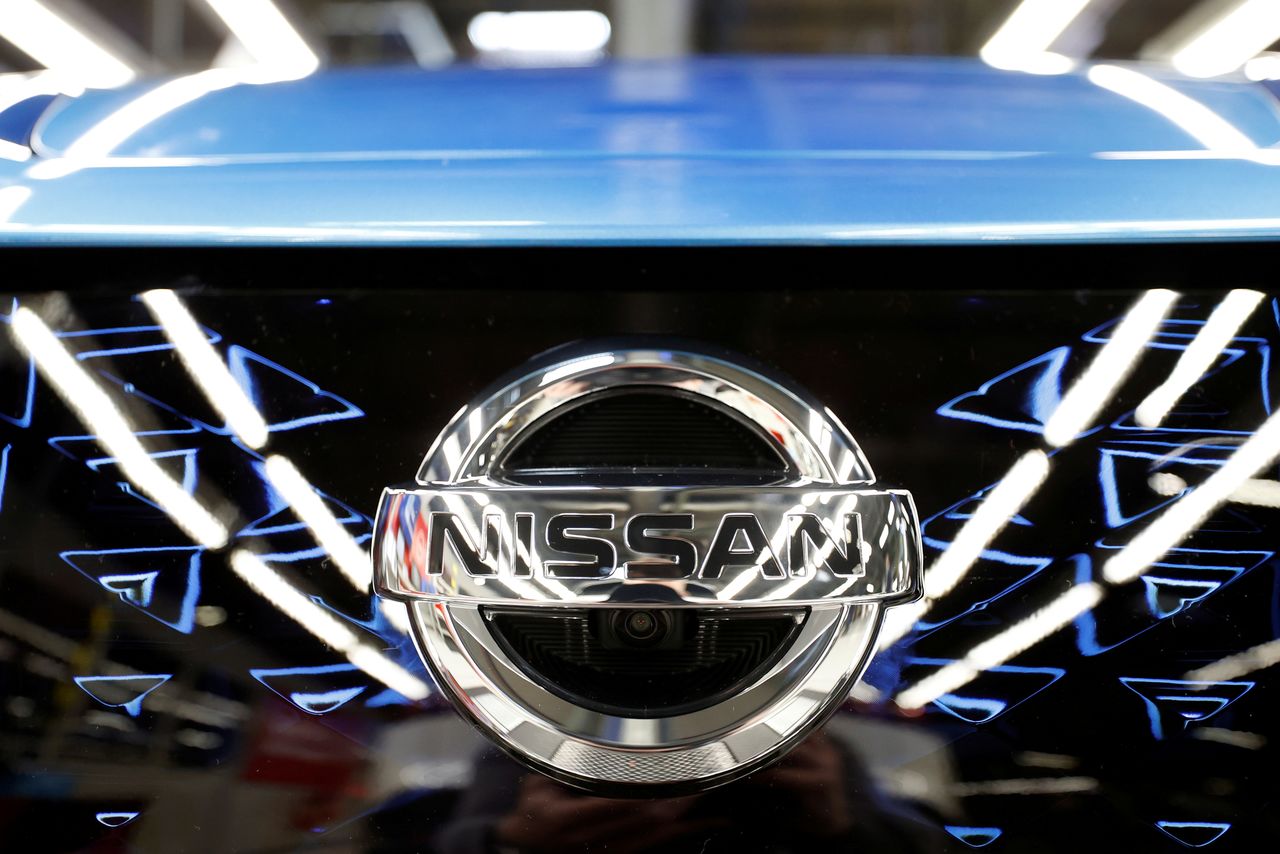 FILE PHOTO: The logo of Nissan is seen on a car ahead of a news conference at Nissan's Sunderland plant in Sunderland, Britain, July 1, 2021. REUTERS/Phil Noble/File Photo

DETROIT (Reuters) - Nissan Motor Co unveiled the latest generation of its "Z" sports car, which will come with a gasoline-fueled engine and a manual transmission, a throwback in a world that's moving toward electric sports cars.

The automaker's chief operating officer said that is the way fans want it.

"We just listen to our fans," Nissan COO Ashwani Gupta told Reuters in an interview on Tuesday. "The customer has asked for 400 horsepower and a manual transmission." A nine-speed automatic transmission will be offered, a nod to American drivers who do not want to shift their own gears.

The new Z will go on sale in the United States in the spring of 2022, as Nissan tries to accelerate a financial turnaround. The Japanese automaker reported a profit https://www.reuters.com/business/autos-transportation/japanese-automaker-nissan-reports-q1-profit-2021-07-28 for its fiscal first quarter ended June 30.

The sporty Z has served as the avatar for a Nissan turnaround in the past. In 1999, a sleek prototype of a new generation of the car helped revive consumer interest in the Nissan brand after the company was rescued by French automaker Renault SA.

Nissan has said it will offer electric options in all its models by the early 2030s, and joined with U.S. automakers in endorsing the Biden administration's goal of boosting electric vehicles to 40%-50% of U.S. new car and light truck sales by 2030.

The latest Z model debuts at a challenging moment for the auto industry. Shortages of semiconductors and a surge in the Delta variant of the coronavirus are complicating automakers' plans to launch new models.

Gupta said Nissan has seen improvement in supplies of semiconductors this month but that the rise in COVID cases in Southeast Asia has hit the company's suppliers.

Nissan is putting the 12 new models it plans to launch as part of its turnaround first in line for semiconductors, Gupta said.

(Reporting by Joe White in Detroit and David Shepardson in Washington; Editing by Steve Orlofsky)