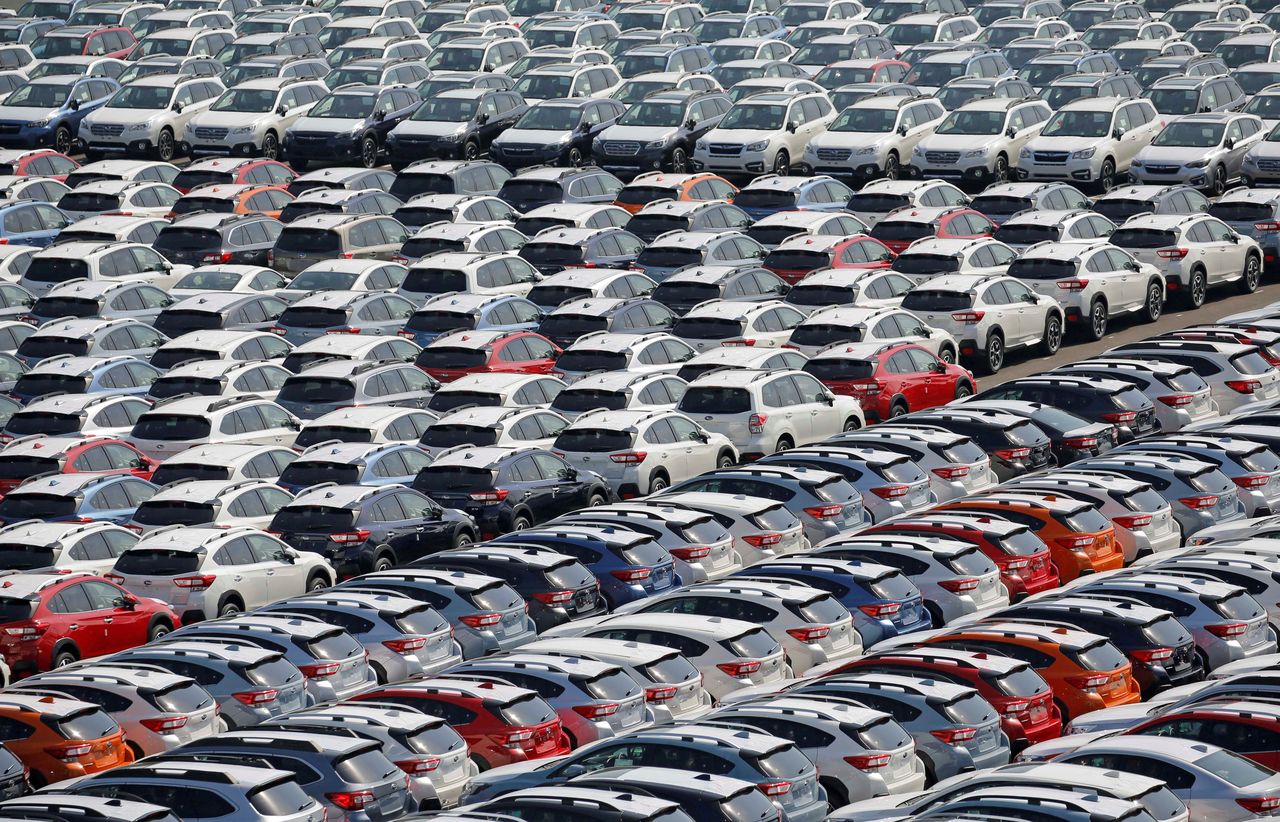 TOKYO (Reuters) - Japan's exports marked a fifth straight month of double-digit growth in July, driven by U.S.-bound shipments of automobiles in a positive sign for a trade-led economy, although a key gauge of capital spending fell for the first time in four months.

The mixed batch of indicators underscored fragility in the world's third-largest economy, which grew 1.3% in the April-June quarter due to solid exports and a surprise gain in private consumption.

Ministry of Finance data out on Wednesday showed Japanese exports grew 37.0% year-on-year in July, a tad slower than a 39.0% increase expected by economists in a Reuters poll, although the gain was exaggerated by the contrast to the prior year's COVID-induced slump.

"Exports remained in an uptrend, which will continue in the coming months even though car production may face supply constraint due to chip shortages," said Yoshimasa Maruyama, chief economist at SMBC Nikko Securities.

"Although the service sector may take a hit from a prolonged COVID pandemic, corporate capital spending and output will stay on firm footing," he said.

Still, Suga may roll out stimulus package of around 30 trillion yen ($274 billion), which will be used as a show of political will to back the economy at the time of the elections, Maruyama added.

By region, exports to China, Japan's largest trading partner, rose 18.9% in the year to July, led by chip-making equipment and plastic, the data showed.

U.S.-bound shipments, another key market for Japanese goods, grew 26.8% in July led by exports of cars, car parts and motors, it showed.

Brisk external demand has helped underpin Japan's factory activity although a global chip shortage and signs of stalling in China's economic recovery are sources of concern.

Separate data by the Cabinet Office showed core machinery orders, a highly volatile indicator of capital spending for the coming six to nine months, fell 1.5% in June from the previous month, versus a 2.8% decline expected by economists in a Reuters poll.

Year-on-year, core orders, which exclude those of ships and electricity utilities, jumped 18.6% in June, a third straight month of annual gain, prompting the Cabinet Office to maintain its view machinery orders are showing signs of pick-up.