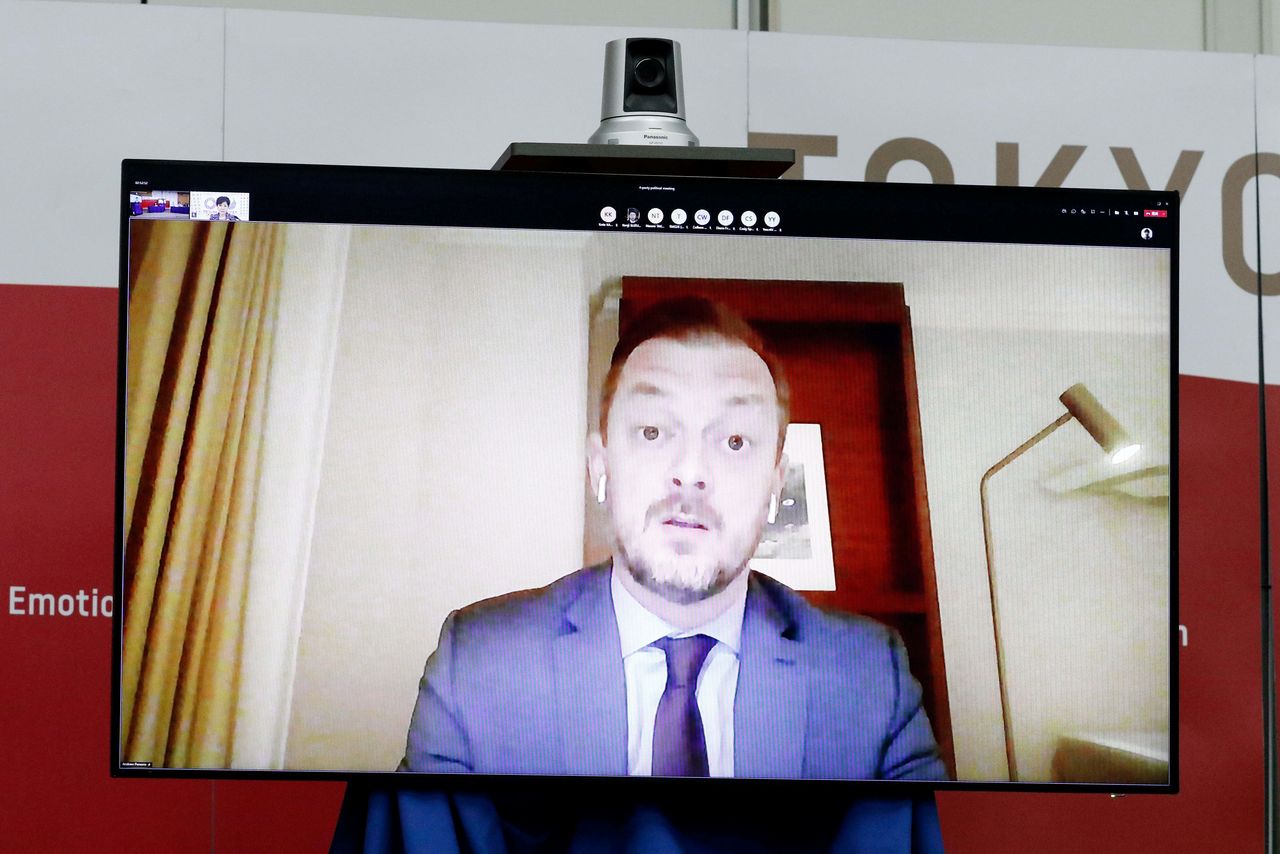 By Irene Wang and Ju-min Park

TOKYO (Reuters) -The International Paralympic Committee (IPC) president said on Wednesday that it was sad that Afghan athletes trapped in Kabul would not be able to compete in the Games and heartbreaking to watch a female athlete's video plea for help in reaching Tokyo.

"There are no commercial flights. We all have seen the images from the airport in Kabul. It became clear to us right from the beginning that there will be no safe way to try to bring these athletes to Tokyo," IPC President Andrew Parsons told Reuters in an interview.

Amid the country's ongoing turmoil, the Afghanistan Paralympic Committee https://www.reuters.com/lifestyle/sports/dream-over-afghan-athletes-trapped-kabul-2021-08-16 said on Monday that two Afghan athletes would not be able to attend the Games that commence on Aug. 24.

Taekwondo athlete Zakia Khudadadi and track athlete Hossain Rasouli had been scheduled to arrive in Tokyo on Aug. 17.

In a video message, Khudadadi https://www.reuters.com/lifestyle/sports/female-afghan-athlete-makes-plea-help-get-tokyo-2021-08-17 made a plea for help on Tuesday as she sought to escape Kabul and revive her shattered dream of becoming the country's first female competitor at the Paralympic Games.

"I saw the video message. By seeing what's happening in Afghanistan and this is shattering the dreams of one of our athletes, it is really sad and it really breaks my heart," Parsons said.

Parsons added that the committee would work with the Afghan team to support her pursuing her dream again, including possibly competing at the games in Paris in 2024.

But now is "too soon" to discuss plans, he said.

"It's something that goes way, way, way, way bigger than sports. And we are first concerned in Afghanistan as a nation and with the human beings, especially the female of that nation. I think first, the nation needs to define its own destiny."

Like the Olympics that ended earlier this month, the Tokyo Paralympics will take place generally without spectators, organisers https://www.reuters.com/lifestyle/sports/tokyo-paralympics-be-held-without-spectators-tokyo-governor-says-2021-08-16 have said, as Japan has extended https://www.reuters.com/world/asia-pacific/japan-set-extend-covid-19-state-emergency-lockdown-sept-12-2021-08-17 COVID-19 emergency measures in the capital and other regions that will run through the Games.

The host city Tokyo announced 4,377 new coronavirus cases on Tuesday, after a record 5,773 on Friday.

There were new 18 cases confirmed on Wednesday among Paralympic participants, including six travelling from abroad, broadcaster NHK reported.

During the Paralympics, set to close on Sept. 5, the IPC's Parsons said virus protocols that proved efficient during the Olympic Games would be in place to "minimise the risk".

About 88% of thousands of athletes and officials attending the Games were vaccinated, IPC spokesperson Craig Spence said, though a number of local volunteers are yet to be fully vaccinated.

Spence added that those volunteers would not work closely with athletes.