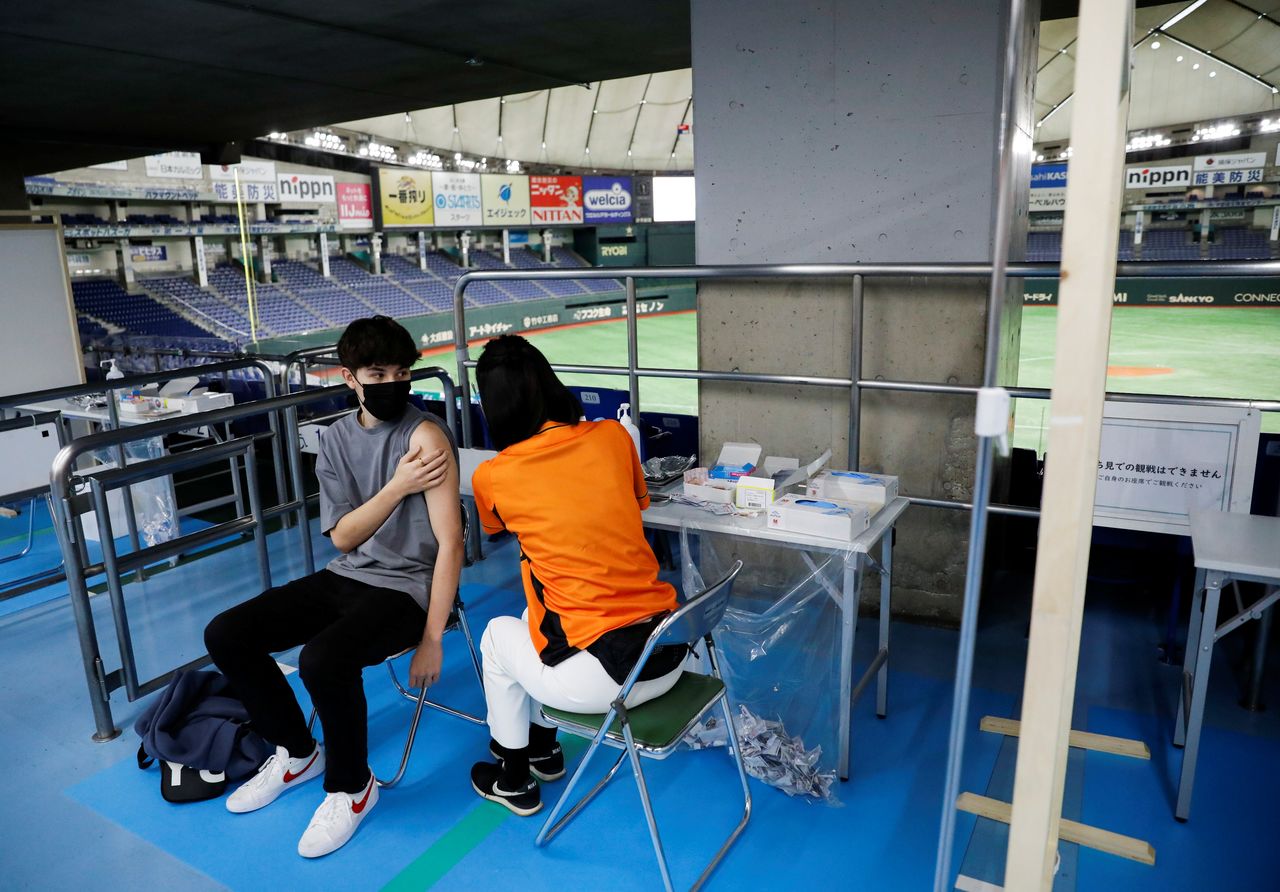 TOKYO (Reuters) - Record COVID-19 cases sprang up across Japan on Wednesday, media said a day after the government expanded emergency measures to fight a wave fuelled by the infectious Delta variant that has put the medical system under threat.

The western prefecture of Osaka reported a record 2,296 cases. Neighbouring Hyogo, the central prefecture of Aichi, and Fukuoka prefecture in the south all set records of more than 1,000 new infections, media said.

Prime Minister Yoshihide Suga extended a state of emergency in the capital and other regions on Tuesday while expanding the measure to seven more prefectures, to counter a spike in cases.

The emergency covering nearly 60% of Japan's population will now run until Sept. 12, beyond its previous expiry date of Aug. 31.

Tokyo was the epicentre of a fifth wave of infections since the pandemic began. More than 80% of its critical care beds are occupied, stoking concern that hospitals nationwide will fill up as the virulent strain spreads.

The emergency measures mean restaurants are being asked to close early and stop serving alcohol. The government is also looking to curb visitors to department stores and other crowded sites as it works to add hospital beds and vaccines.

Even without legal changes, the government could tame the outbreak by boosting testing and isolating patients at hotels, said infectious disease expert Kenji Shibuya.

"They could have done much more effective measures to control COVID under the current law," said Shibuya, a former director of the Institute for Population Health at King's College London.

"The Japanese public has been complying so well till now."