JOHANNESBURG (Reuters) - In South Africa's biggest township, Soweto, a canoe club is overcoming local superstitions about being on water and giving young people kayaking skills that some hope could one day get them into the Olympics.

In most parts of South Africa, water sports -- especially equipment-heavy ones like kayaking -- are the preserve of an elite, mostly white minority. Founded in 2003, The Soweto Canoe and Recreation Club aimed to change that, and it now has 72 members, from seven to 22 years old.

"The water helps me focus and be alone with my thoughts. When I'm facing challenges in life, I come here, take my boat and get into the water," said Benjamin Mntonintshi, 20, balancing his kayak with his oars on the Klip River, which runs through the predominantly Black township.

Soweto, like South Africa as a whole, suffers from high youth unemployment, with all the social ills that brings. Nearly half of young people aged 15 to 34 are unemployed, according to the latest statistics office figures released in June.

Club coach Nkosi Mzolo said the club has had to overcome traditional beliefs in malign spirits that occupy lakes and rivers - an obvious turn-off for potential kayakers.

"There are still negative connotations attached to children being in the water. People still believe that there is a (supernatural) snake that lives in this dam, so kids should not be playing here," Mzolo said.

For Mntonintshi, who overcame these fears, the dream is "to qualify for the Olympics (and) ... compete on the global stage". He currently ranks second in the under-23 category in Gauteng, the province around the biggest city Johannesburg. 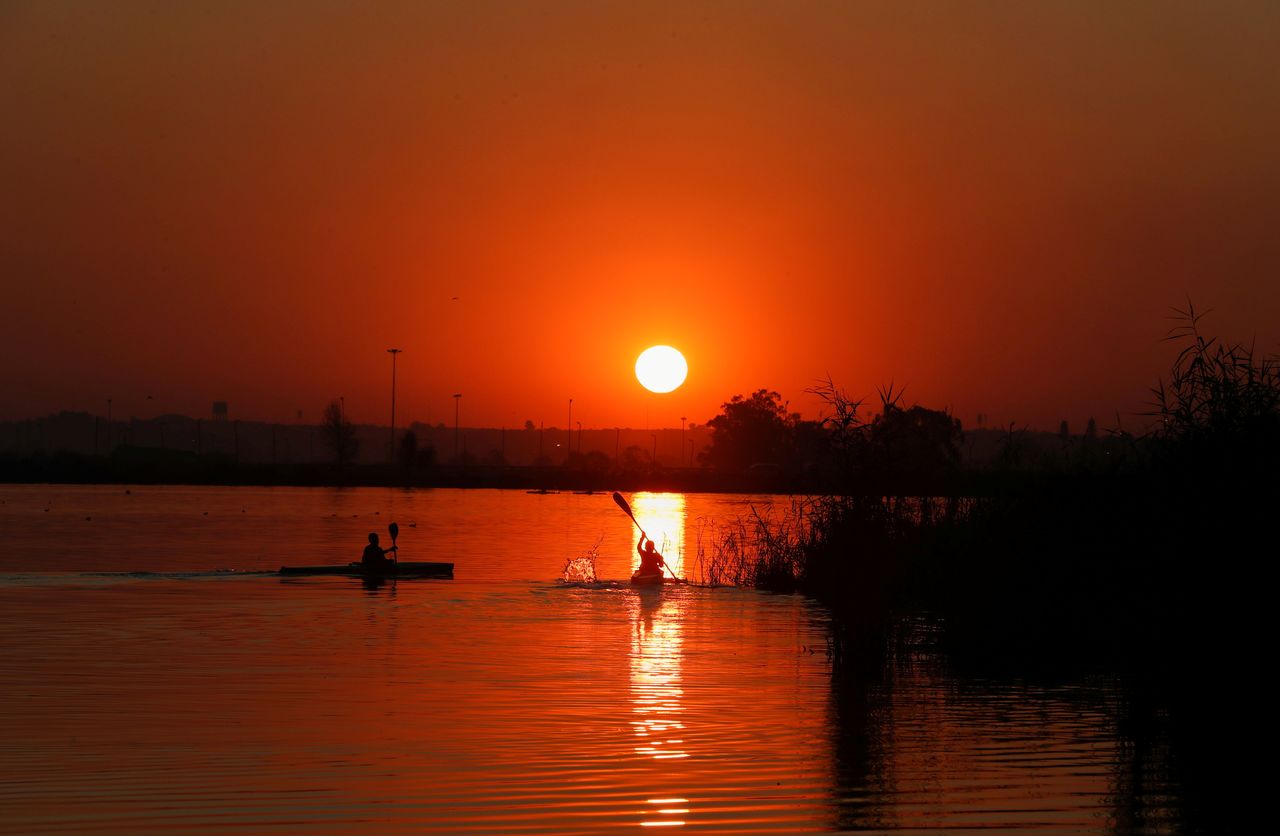 Canoeists are seen during training as the sun sets at the Orlando Dam in Soweto, South Africa, June 21, 2021. REUTERS/Siphiwe Sibeko 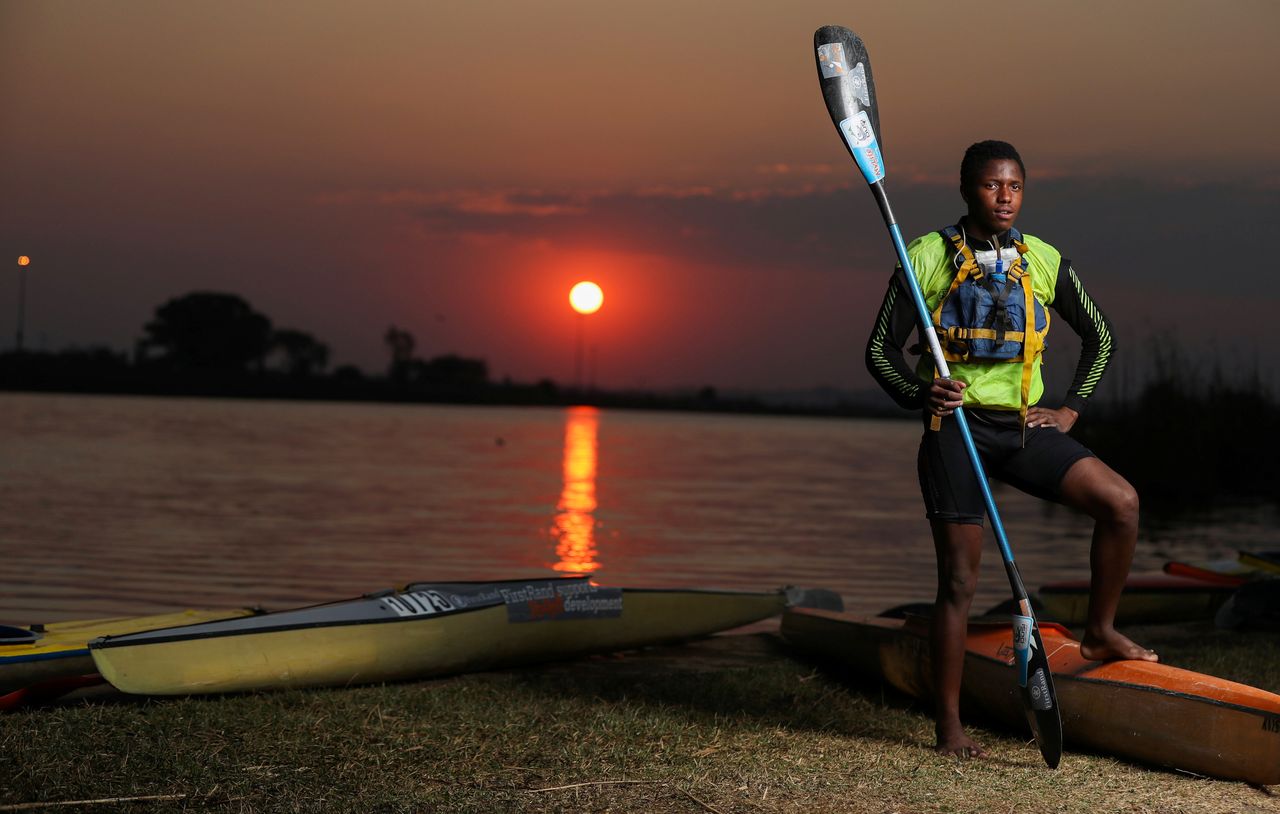 Twenty-year-old Benjamin Mntonintshi, a member of the Soweto Canoe and Recreation Club, poses for a photograph at the Orlando Dam in Soweto, South Africa, August 17, 2021. REUTERS/Siphiwe Sibeko 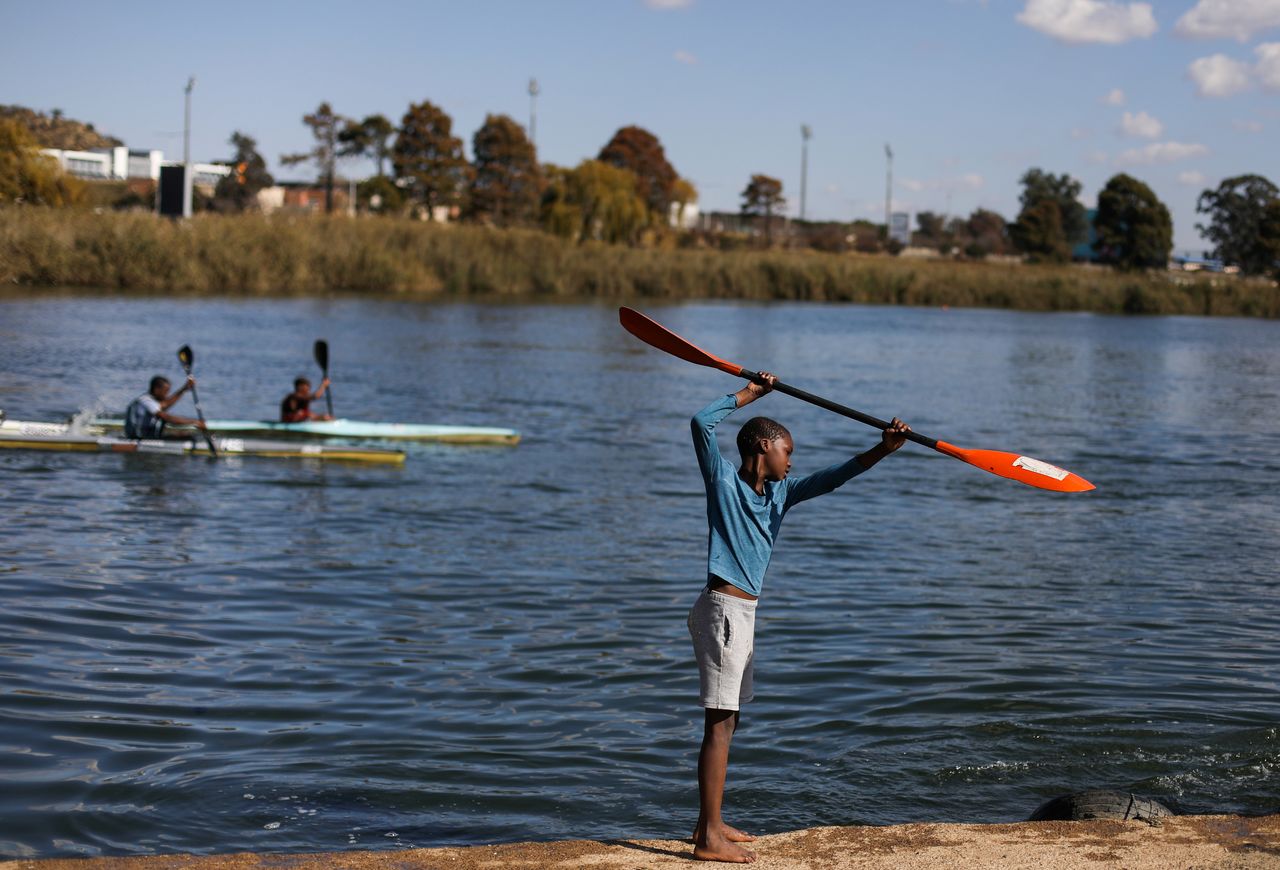 A boy imitates a group of canoeists at the Orlando Dam in Soweto, South Africa, June 12, 2021. REUTERS/Siphiwe Sibeko 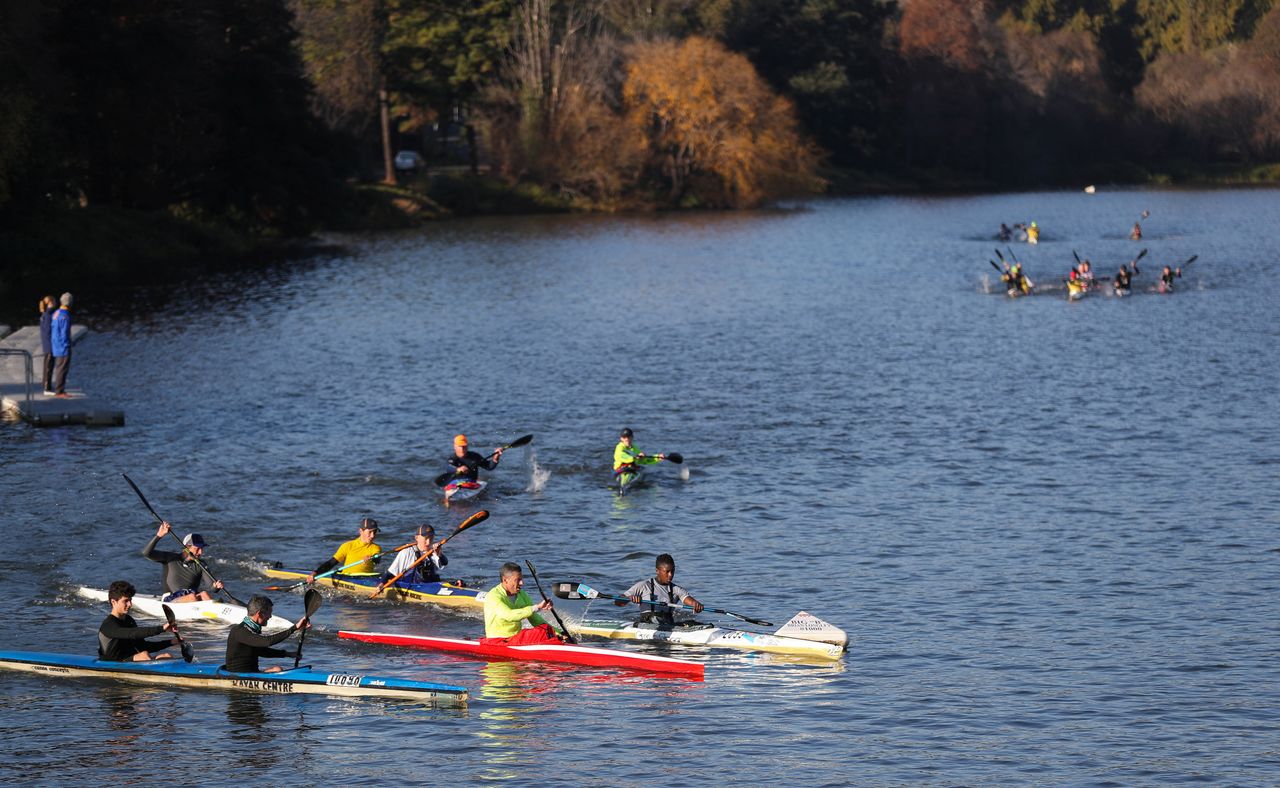 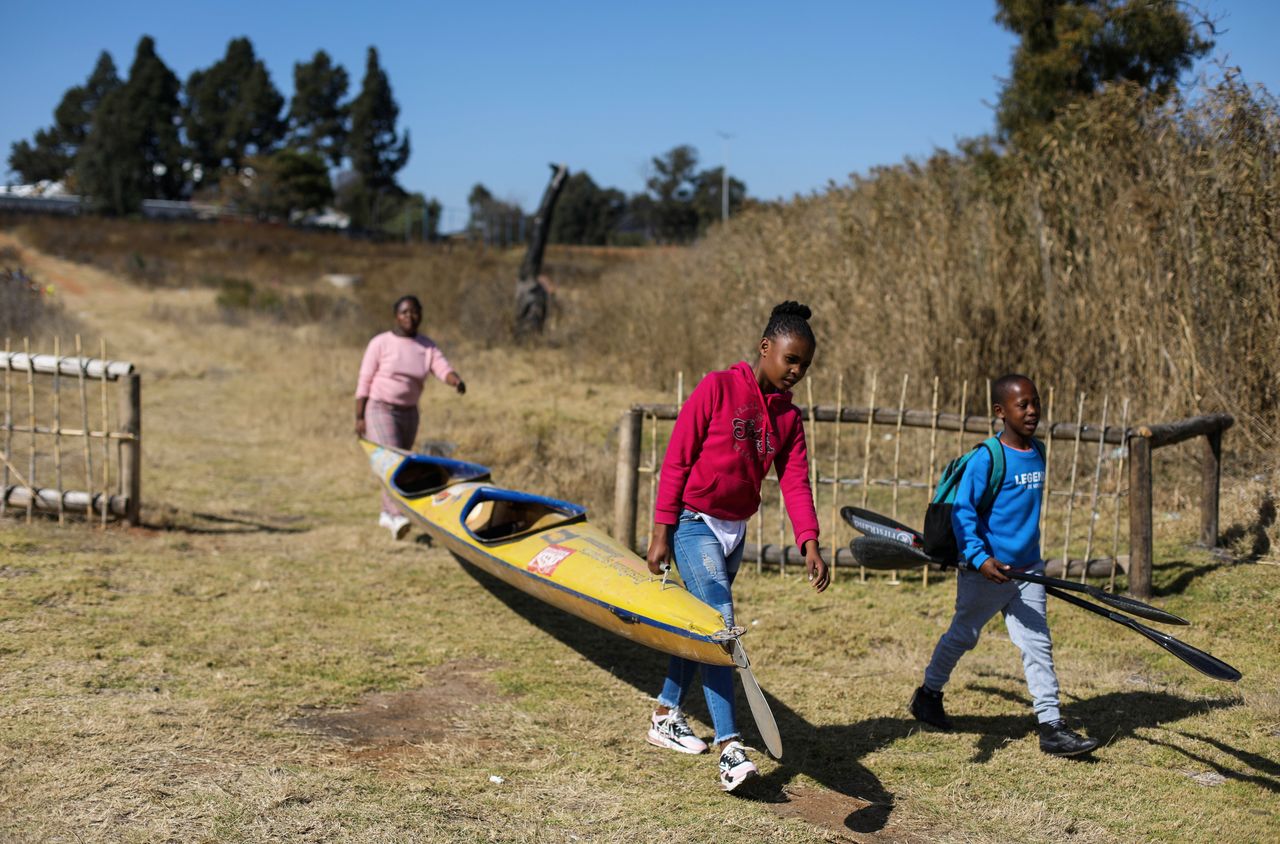