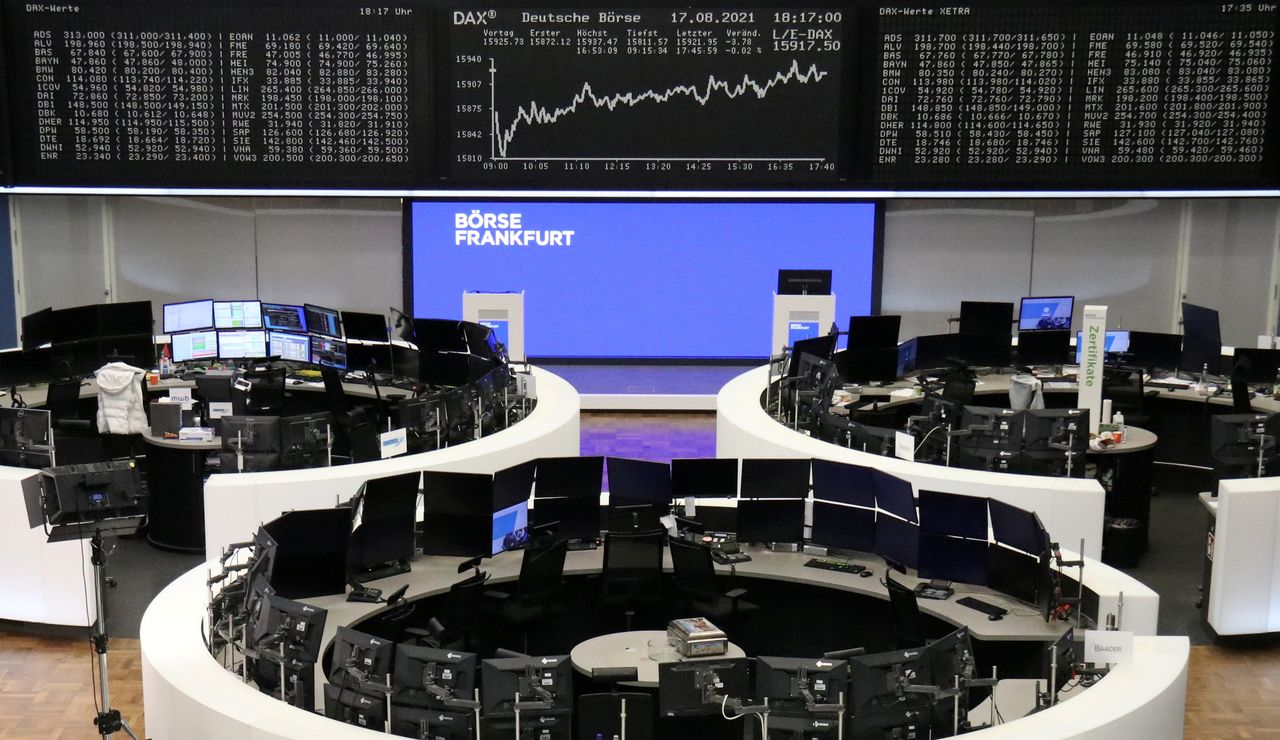 WASHINGTON (Reuters) -Oil fell to its lowest levels since May while the U.S. dollar surged to a nine-month high, as rising COVID-19 cases worldwide and the prospect of a looming Federal Reserve taper threw cold water on risk appetites.

On Wall Street, stocks ended the day mixed, with defensive and tech-heavy stocks regaining ground after two days of losses. The Dow Jones Industrial Average fell 0.19%, while the S&P 500 climbed 0.13% and the Nasdaq Composite added 0.11%.

Oil was down for its sixth straight session, with investors retreating over fears of weak demand amid a worsening pandemic and a rising U.S. dollar. Brent crude lost 2.6%, to settle at $66.45 a barrel. The most-active contract for U.S. West Intermediate (WTI) fell 2.6%, to $63.50 a barrel. It fell earlier to $62.41 a barrel.

The rise in Delta variant cases across the United States is weighing on hopes the economy could recover quickly, with recent economic data painting a murky picture.

Reticence to take on risk helped drive a decline in U.S. Treasury yields Thursday, with the benchmark 10-year yields US10YT=RR dipping to 1.242%.

The dollar's safe-haven status and the prospect of an earlier end to Fed stimulus helped push it to a nine-month high. The dollar index, which tracks the greenback against six other currencies, rising 0.46% to 93.566.

"It’s very much investors grappling with the growth outlook for the global economy, and how aggressive the Fed will taper when they get around to it,” said Paul Nolte, portfolio manager at Kingsview Investment Management in Chicago.

Minutes from the Fed's July meeting loomed over markets this week, which showed officials dicussing easing back on unprecedented economic stimulus by year's end. While there was some division among Fed officials, steady progress on the economic front, particularly in job gains, could clear the way for an upcoming taper to monthly bond purchases.

The minutes solidified expectations the Fed will step back on stimulus before year's end barring some unpleasant economic surprise.

"Any decision to begin tapering asset purchases will be highly conditional on the data flow. With the recent rise in COVID cases, the Fed will be monitoring the incoming data closely to make sure that the economy continues to make 'substantial further progress' toward its dual mandate (especially on employment) before announcing any changes to its asset purchase program," said Bank of America Securities analysts in a note, moving up their taper timeline to November from January.

There was positive news on the employment front Thursday, with the Labor Department reporting that the number of Americans filing new claims for jobless benefits fell to a 17-month low last week. But gains in the job market also help nudge the Fed toward ending its stimulus effort.

The Fed focus now shifts to its annual research conference in Jackson Hole, Wyoming, next week. Fed Chair Jerome Powell is due to give a speech that will be scoured for clues on the central bank's next steps.