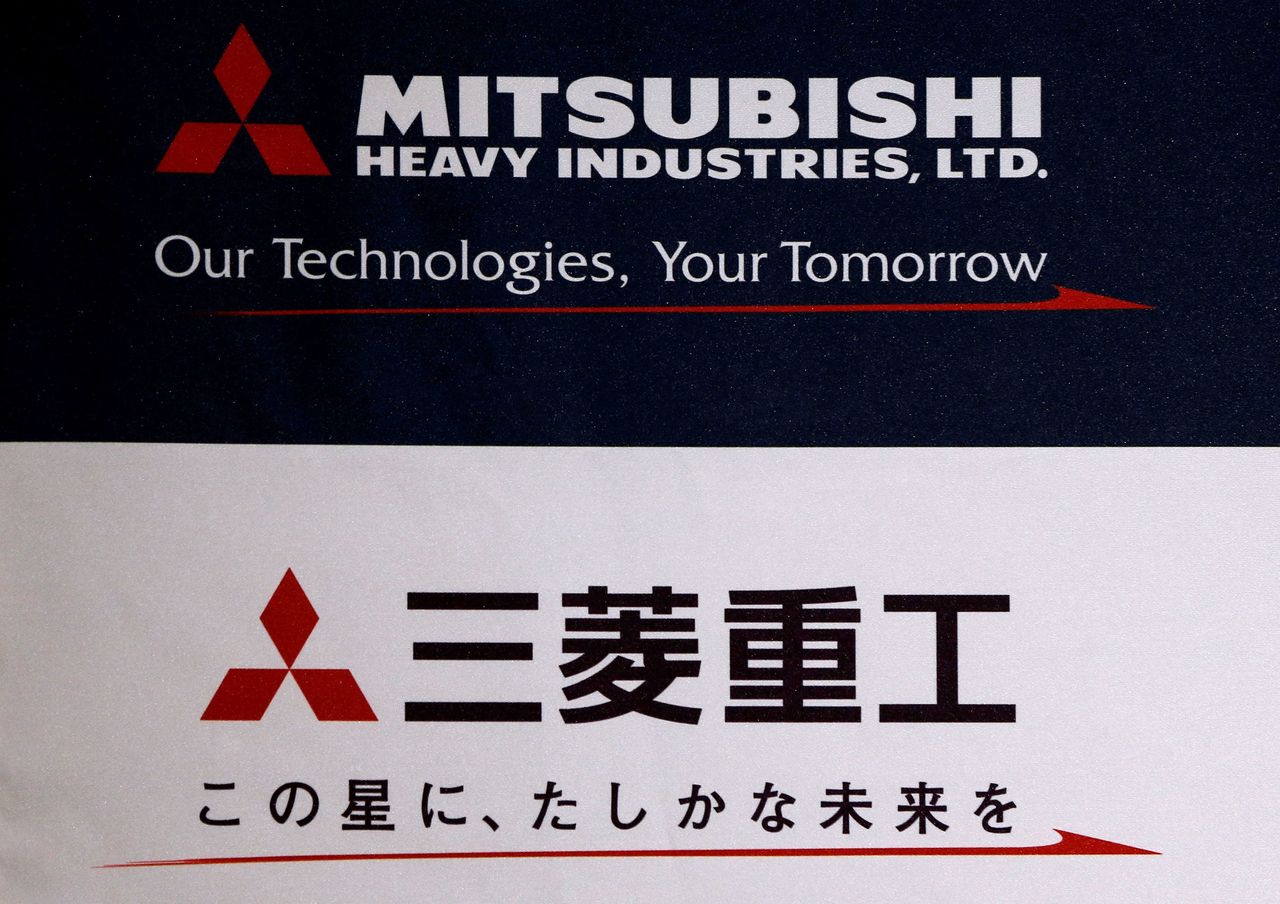 FILE PHOTO: The logo of Mitsubishi Heavy Industries is seen at the company's news conference in Tokyo, Japan May 9, 2016. REUTERS/Issei Kato/File Photo

By Tetsushi Kajimoto and Hyonhee Shin

TOKYO/SEOUL (Reuters) -Japan warned on Thursday of "serious" ramifications if a South Korean court ruling to seize assets of Mitsubishi Heavy Industries as compensation over colonial-era forced labour is enforced.

The families of four Koreans who were forced to work for Mitsubishi Heavy during the 1910-45 Japanese colonial rule filed suit this month to seize some 853 million won ($725,000) owed by a South Korean firm to the Japanese company.

South Korea's Supreme Court in 2018 ordered Mitsubishi Heavy to compensate the victims, but the company has not done so amid a diplomatic feud between the two countries, with Japan arguing that the matter was settled under a 1965 treaty.

Seoul and Tokyo have long been at odds over restitution for Koreans forced to work in Japanese firms and military brothels during the colonisation. Relations have soured to their lowest ebbs in decades, as the row over forced labour spilled into a trade dispute and rekindled history and territorial spats.

The Suwon District Court late on Wednesday approved the seizure, banning the Korean company from paying the money to Mitsubishi Heavy and allowing the victims to collect it.

The verdict drew a strong rebuke from Japan, with the top government spokesman calling for Seoul to act to resolve the dispute.

"If it's liquidated, that would push Japan-South Korea relations into a serious situation. It must be avoided," Chief Cabinet Secretary Katsunobu Kato told reporters. "We want to urge South Korea even more strongly to present a solution that is acceptable to Japan."

South Korea's foreign ministry said it has been in talks with Japan to find a "reasonable solution" while considering how the victims can exercise their legal rights, as well as diplomatic relations.

A Mitsubishi Heavy spokesperson declined to comment, saying the company was trying to confirm details on the ruling.

Lawyers for the victims said if the Japanese company continues refusing to implement the order, they would directly collect the funds from the Korean company, LS Mtron Ltd.

"The victims and their families demand Mitsubishi make compensation in line with the ruling, acknowledge historical facts and provide an apology," the lawyers said in a statement, adding their clients are "open to consultations on this."

An official at LS Mtron, a machinery subsidiary of LS Corp, told Reuters it shares the pain suffered by the victims and will follow the court decision but needs to verify details.

Last month, President Moon Jae-in scrapped a plan to visit Tokyo for the Olympics and hold his first summit with Prime Minister Yoshihide Suga amid controversy over remarks by a Seoul-based Japanese diplomat.

Moon, marking the anniversary of his country's independence from Japan on Sunday, said his government remained open to dialogue with Japan to resolve problems.