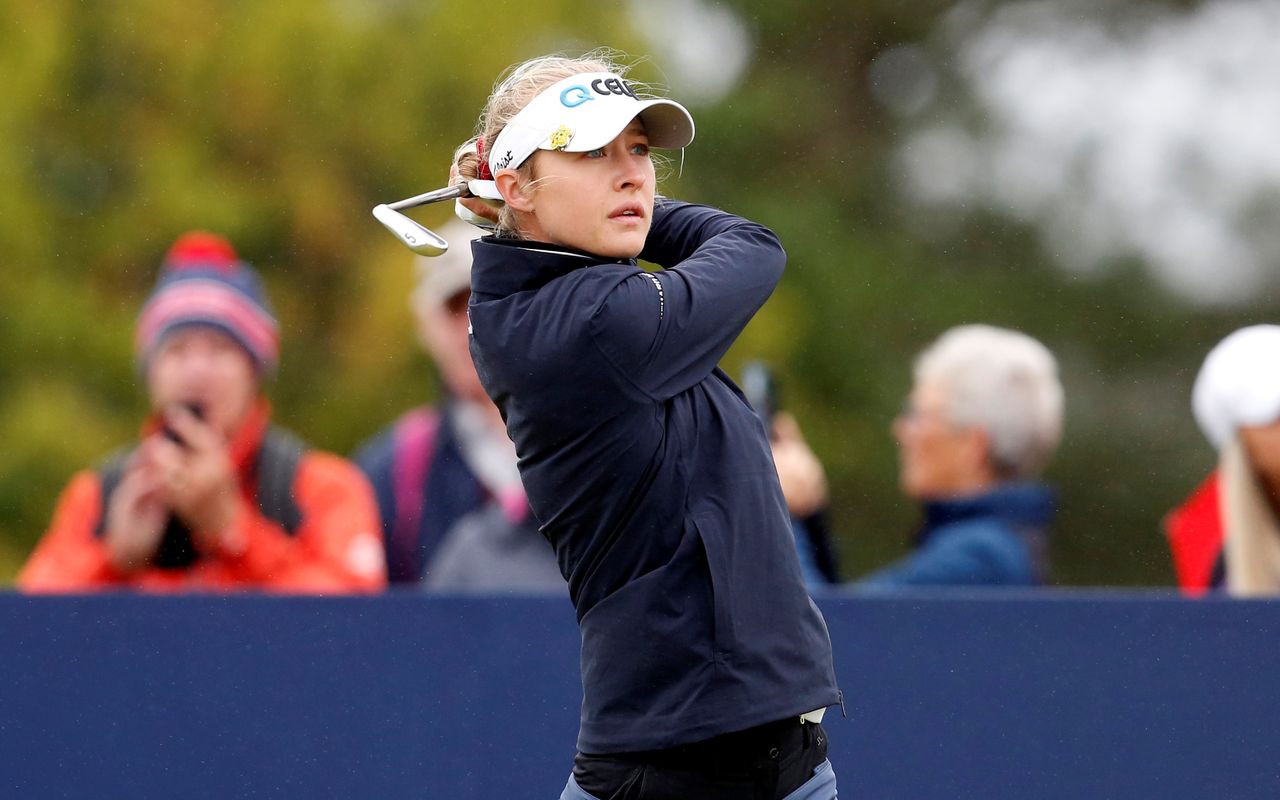 (Reuters) -World number one and Olympic champion Nelly Korda was one of three co-leaders after the first round of the British Women's Open at Carnoustie on Thursday.

The American carded eight birdies on her way to a five-under 67 to top the leaderboard with Sweden's Madelene Sagstrom who dropped a shot at the 18th.

South Korea's Kim Sei-young joined them after her round of 67 featured only one bogey.

Korda is bidding to continue a sensational year having won the PGA Championship and Olympic gold, although she admitted after her round she was feeling a little jaded.

"Honestly we didn't have much wind today. It was very chilly in the morning but other than that the wind kept calm and I took advantage of it," Korda told Sky Sports.

"I am a little tired but I will still give it my all these next few days. I will go home next week and sleep in my bed for the first time in six weeks so that'll be nice."

Korda's compatriot Andrea Lee, ranked 143rd in the world, finished in a chasing group on four under with England's Georgia Hall, Scotland's Louise Duncan and Yuka Saso of the Philippines.

Last year's winner Sophia Popov struggled around the turn with a double-bogey at the 10th hole but found a couple of birdies to finish the day with a level-par 72.

(Reporting by Martyn HermanEditing by Toby Davis and Pritha Sarkar)