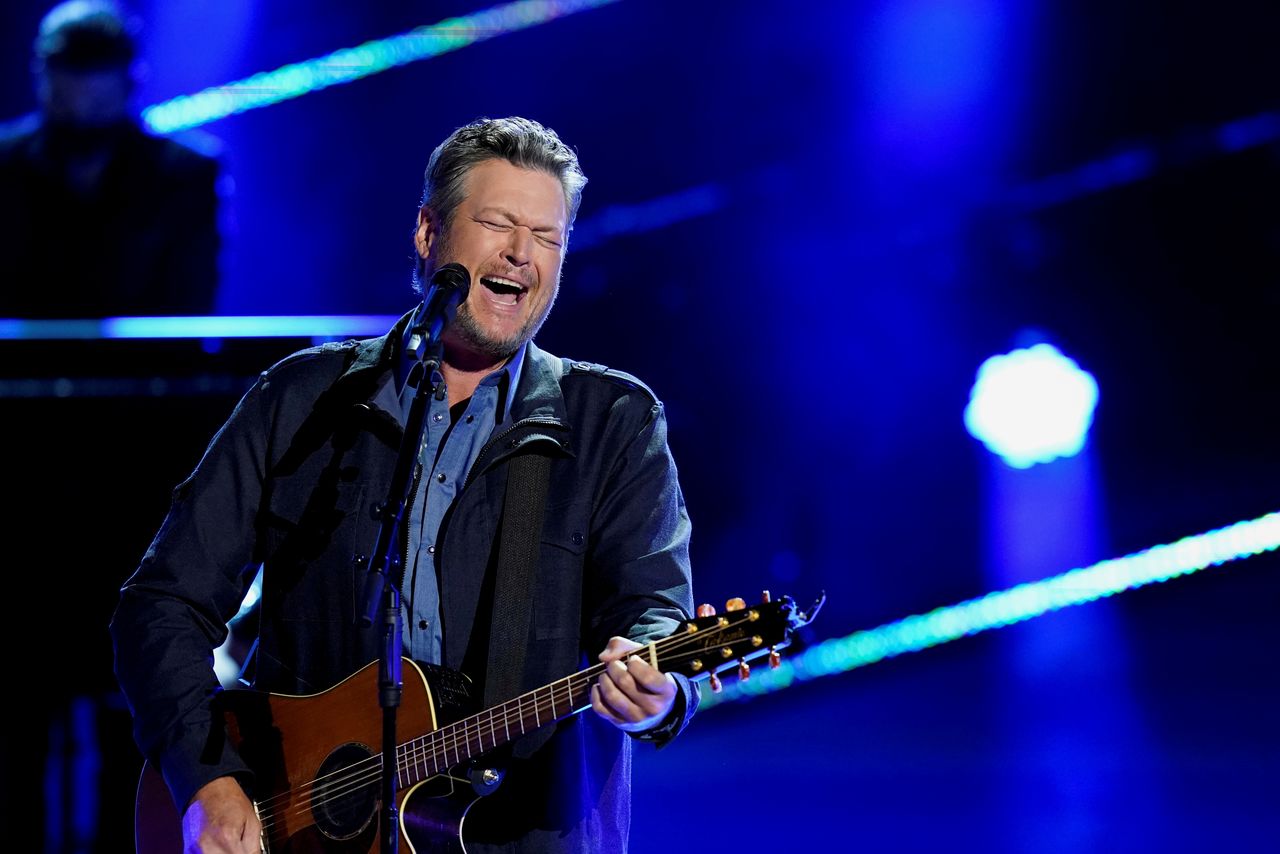 FILE PHOTO: Blake Shelton performs at the Grand Ole Opry in Nashville, Tennessee, U.S., April 17, 2021, for a taped appearance on the 56th Academy of Country Music Awards show to be aired on April 18, 2021. REUTERS/Harrison McClary

The awards, first held in 1966, are the longest-running honors in country music and had been broadcast live in the United States on the CBS broadcast channel. CBS decided to instead air the CMT Music Awards, country music honors voted on by fans, in April 2022.

That opened an opportunity for Amazon, which has been buying rights to live events, including the NFL's "Thursday Night Football," to draw more viewers to Prime Video.

Audiences for live events including the Oscars, Emmys and Olympics have been declining on traditional television as streaming video has exploded.

The 2022 date and location for the Country Music Awards has not been announced. For the past two years, the show has taken place in venues around Nashville, rather than its former home in Las Vegas, due to the COVID-19 pandemic.