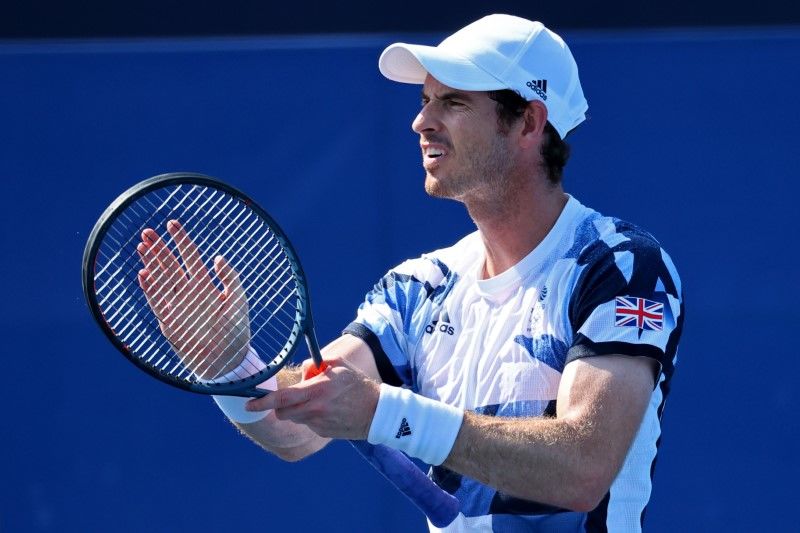 (Reuters) - Britain's Andy Murray has been handed a wildcard for next week's Winston-Salem Open, the final tournament before the start of the U.S. Open Grand Slam, organisers said.

Murray, who lost to Hubert Hurkacz in the second round of the Western & Southern Open in Cincinnati on Wednesday, was added to the main draw of the U.S. Open following the withdrawal of Switzerland's Stan Wawrinka.

The three-time Grand Slam champion, who had hip surgeries in 2018 and 2019, has played only a handful of ATP Tour-level events this year having missed the Australian Open https://www.reuters.com/lifestyle/sports/tennis-murray-gutted-miss-australian-open-2021-01-22 because of a positive COVID-19 test and opting out of competing https://www.reuters.com/lifestyle/sports/murray-skip-french-open-prepare-grasscourt-season-reports-2021-05-15 at the French Open.

Murray, who won his first Grand Slam at the 2012 U.S. Open, reached the third round at Wimbledon but withdrew https://www.reuters.com/lifestyle/sports/tennis-andy-murray-withdraws-singles-games-due-injury-2021-07-25 from the singles at the Tokyo Games on the advice of his medical team, dashing his hopes of a third straight Olympic title.

The 34-year-old played in the men's doubles in Tokyo, losing in the quarter-finals.