Japan Finance Minister says too early to comment on stimulus 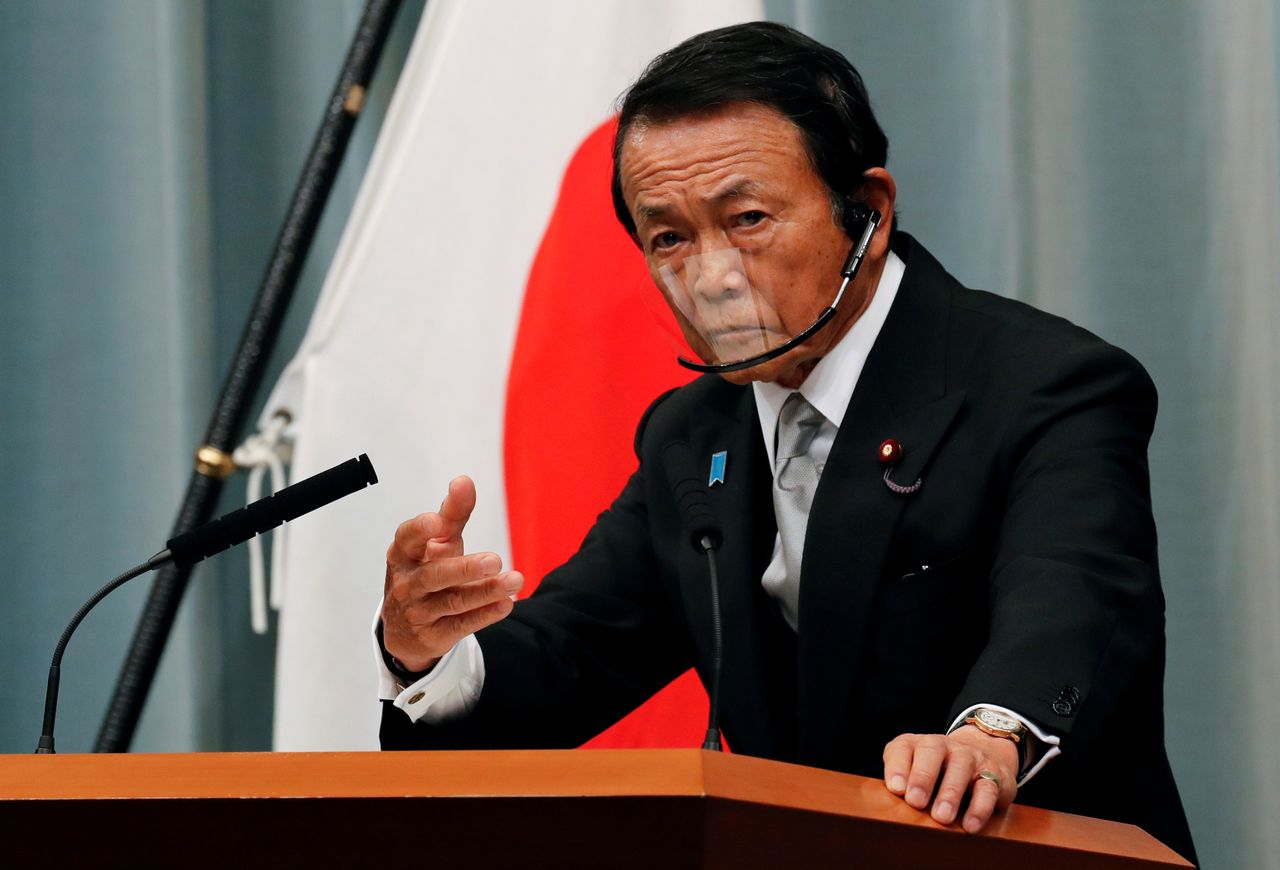 TOKYO (Reuters) - Japanese Finance Minister Taro Aso on Friday declined to comment on plans for a stimulus budget, saying it was too early to do so as recent data showed the economy in moderate recovery.

"It's true (recent) economic indicators point to an economic recovery, albeit moderately," Aso told reporters after a cabinet meeting.