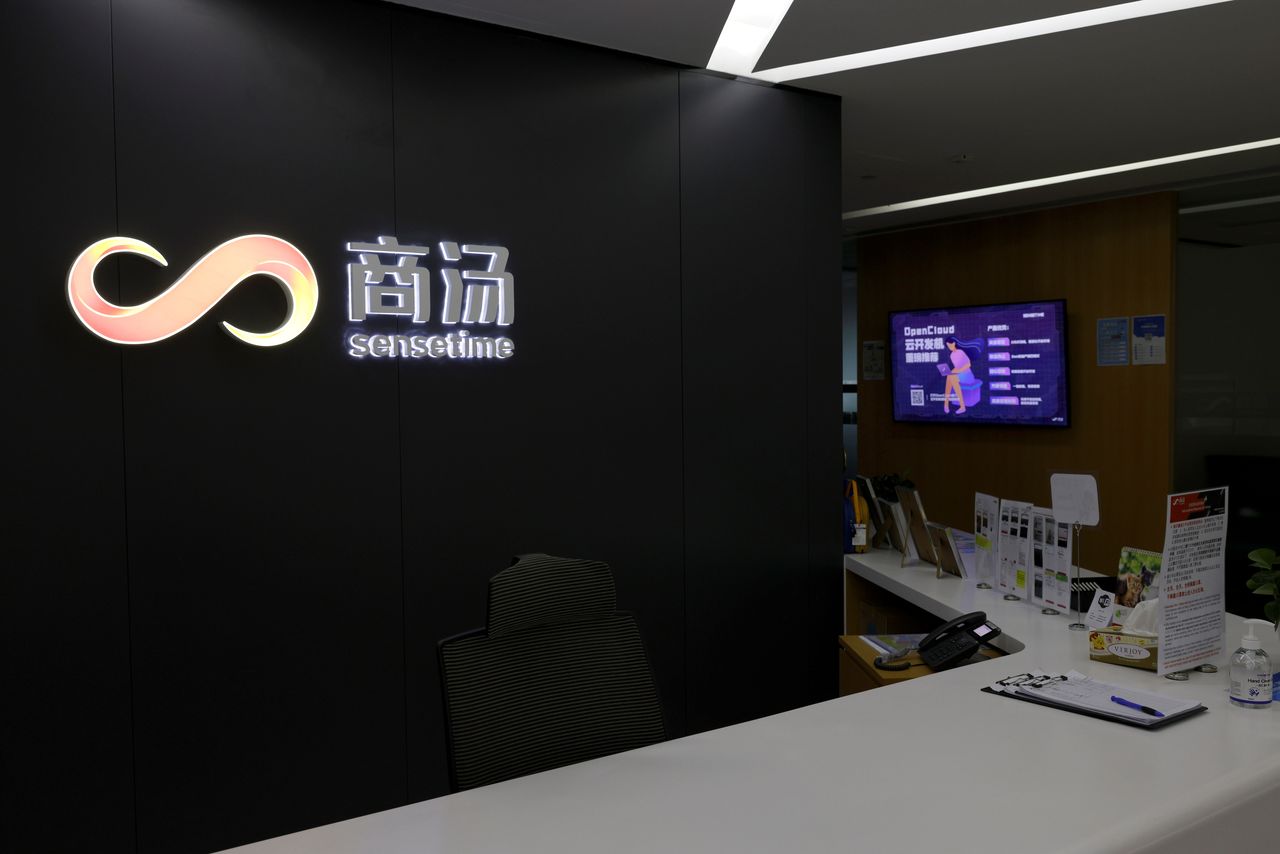 The logo of artificial intelligence (AI) startup SenseTime is seen at its office in Hong Kong, China August 18, 2021. REUTERS/Tyrone Siu

By Yingzhi Yang and Brenda Goh

BEIJING (Reuters) - China's SenseTime, which sells augmented reality technology to other companies, has seen global daily active users of that tech grow to 100 million from its launch of the business in 2016, a company executive said.

The artificial intelligence company is best known for its facial recognition technology and has been on a Washington trade blacklist since 2019. It is aiming to raise as much as $2 billion in a Hong Kong IPO https://www.reuters.com/technology/chinese-ai-startup-sensetime-file-hong-kong-ipo-by-end-august-sources-2021-08-19, sources have said.Wang Xiaogang, co-founder and head of research at SenseTime, told Reuters in an interview that in addition to China, the company's AR effects were also popular in Southeast Asian countries such as Thailand and Malaysia.

He also said SenseTime was combining its AR capabilities with its smart driving technology.

It has helped develop AR mini-buses that feature level 4 autonomous driving technology - where a vehicle can handle all aspects of driving in most circumstances with no human intervention - as well as AR effects that can be used, say to show passengers relevant commercials on their windows as they pass a particular site or photos of how a street used to look in the past.

Some of the buses are currently being operated in China's eastern city of Wuxi.

Wang anticipates SenseTime's smart driving technology will be installed on 20 million cars over the next seven years and it has secured contracts with Chinese automakers like BYD and Great Wall Motor.

Wang declined to comment on how much SenseTime earns from its AR or smart driving tech.

In placing SenseTime on its trade blacklist, the United States has alleged the company has played a role in human rights abuses against Muslim minority groups in China. SenseTime has denied the allegations.

Last year, the company raised $1.5 billion in a private funding round at a $10 billion valuation. It counts Qualcomm, Alibaba, SoftBank's Vision Fund and Silver Lake Partners among its investors.