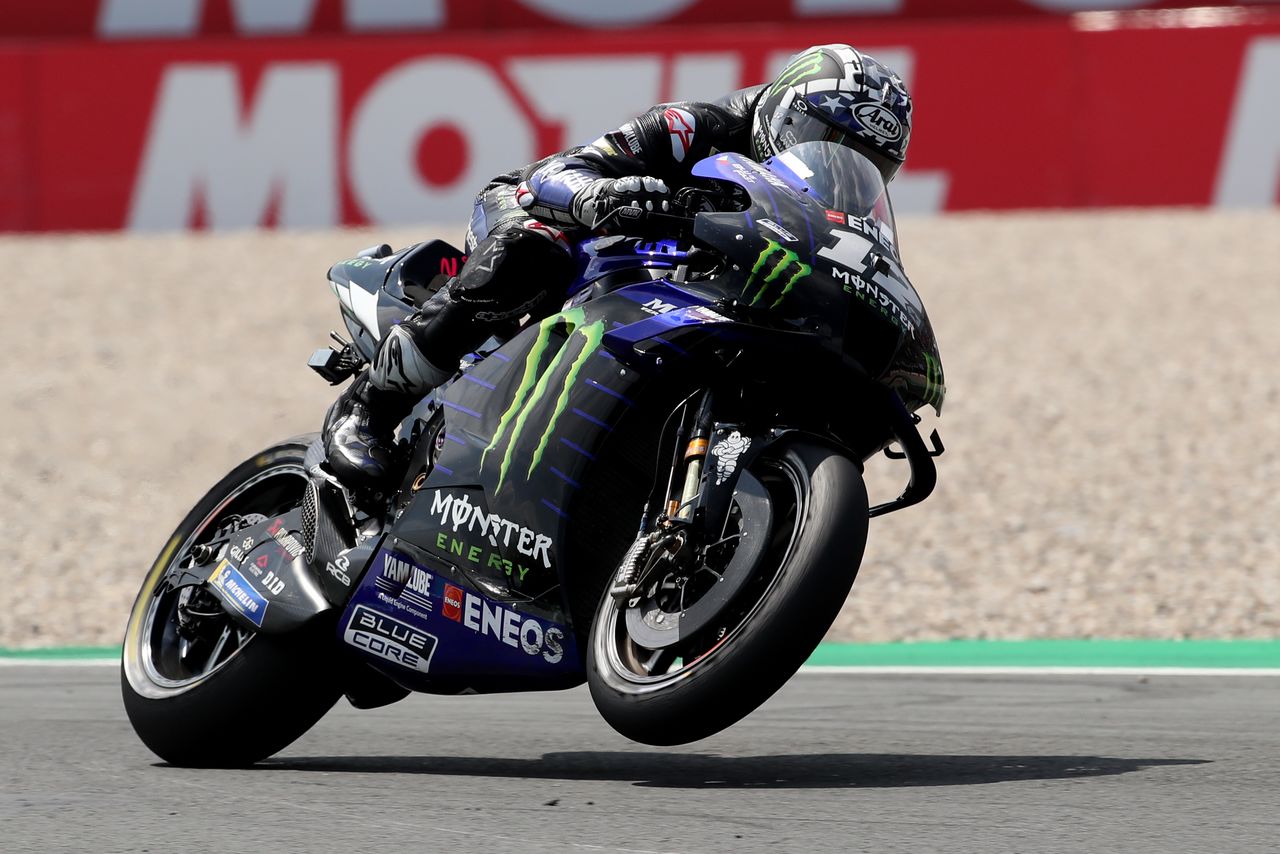 (Reuters) -Spanish MotoGP rider Maverick Vinales and Yamaha parted ways with immediate effect on Friday with British rider Cal Crutchlow drafted in as a replacement at the factory team for his home round at Silverstone next week.

Yamaha had already suspended Vinales and withdrawn him from the Austrian GP for allegedly trying to destroy his bike's engine at the previous race.

The nine-times MotoGP race winner was due to leave at the end of the season after terminating his contract a year early, but Yamaha said an immediate separation had now been agreed.

Crutchlow announced his retirement at the end of last season but returned with the Petronas Yamaha non-works team at Austria's Red Bull Ring as a stand-in for injured Italian Franco Morbidelli, who had knee surgery in June, at the last two races.

"It's a privilege to be a part of Yamaha and to do what originally was supposed to be three races for the Petronas Yamaha Sepang Racing Team, but the plans have changed," said Crutchlow.

"I want to thank them and I look forward to riding with the factory team."

Britain's Jake Dixon will move up from Moto2 and make his MotoGP debut as Crutchlow's replacement, Petronas Yamaha said in a statement.

"It’s been a lifelong goal to make it into the MotoGP class. So to get the opportunity to do it for one GP this year, on the bike that I always wanted to... and to do it at home is something really special," said Dixon.

Vinales is joining Aprilia next season, on a one-year deal with an option to renew, alongside compatriot Aleix Espargaro.

Vinales, who started out in 125cc with Aprilia, won the Moto3 championship in 2013 with KTM. He is seventh overall in the standings.

(Reporting by Manasi Pathak in Bengaluru/Alan Baldwin in London; Editing by Peter Rutherford and Ken Ferris and Christian Radnedge)