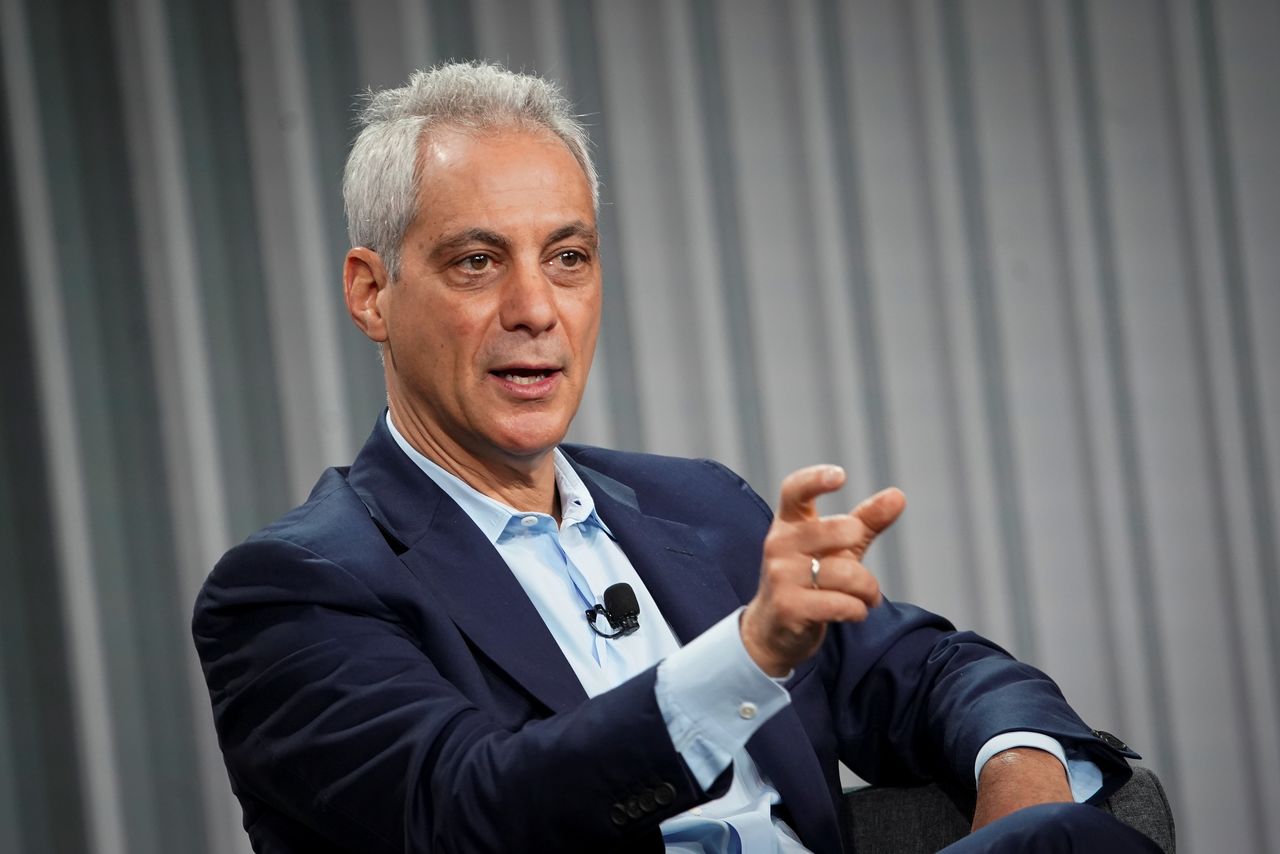 White House officials lauded Emanuel's experience and long years of public service. His nomination, which could draw the ire of some fellow Democrats and Black rights activists stemming from his record as Chicago mayor, was announced on the same day that the White House disclosed that veteran U.S. diplomat Nicholas Burns was picked to serve as U.S. ambassador to China https://www.reuters.com/world/us/shift-biden-taps-career-diplomat-not-politician-ambassador-china-2021-08-20.

Emanuel said he was honored to be tapped for the job.

"The alliance between the United States and Japan is the cornerstone of peace and prosperity in a free and open Indo-Pacific," Emanuel said in a statement.

House of Representatives Speaker Nancy Pelosi welcomed the announcement, saying Emanuel's "relentlessness and track record of success" would help him as he works to deepen one of the most important U.S. alliances and advance regional security.

Some critics have faulted Emanuel, 61, for his handling of racial issues as mayor of the third-largest U.S. city.

Four Chicago police officers were fired in 2019 for covering up the shooting death of a Black teenager, Laquan McDonald, in Chicago in 2014, a case that fueled racial tensions and sparked calls from critics for Emanuel's resignation.

In June, when his expected ambassadorial nomination first surfaced, victims and relatives of victims of police violence in Chicago issued a statement calling Biden's plan "abhorrent."

When Emanuel earlier was considered for the job of U.S. transportation secretary, Democratic U.S. Representative Jamaal Bowman wrote a column entitled, "We can't restore the soul of the nation with Rahm Emanuel in public office."

Emanuel headed the finance committee for Bill Clinton's presidential campaign in 1992 and later served as a senior adviser to Clinton on policy and strategy. He was Obama's chief of staff for over a year before resigning to run for election as mayor of Chicago.

A White House official, speaking on condition of anonymity, expressed confidence that Emanuel would win Senate confirmation. He joins a long list of ambassadors nominated by Biden who are awaiting hearing and confirmation votes in the Senate, narrowly controlled by Biden's fellow Democrats.

The White House is increasingly frustrated https://www.reuters.com/world/us/white-house-frustrated-by-slow-pace-senate-confirmations-nominees-2021-08-11 about the slow pace of confirmations for nearly 300 of Biden's nominees, with many nominations being held up by Senator Ted Cruz and other Republican senators to register frustration over various issues.

Some Republicans could support Emanuel, who shares some of the same political donors, but his nomination will likely anger some Democrats given his "poor track record on racial justice and past efforts to undermine the party's progressive wing," said Jeff Hauser, director of the Revolving Door Project advocacy group.

Emanuel may also have to win over Senator Bernie Sanders, who is no fan. In 2016, when Sanders was running against Biden for the Democratic presidential nomination, the senator wrote on Twitter: "I want to thank Rahm Emanuel for not endorsing me. I don't want the endorsement of a mayor shutting down schools and firing teachers."