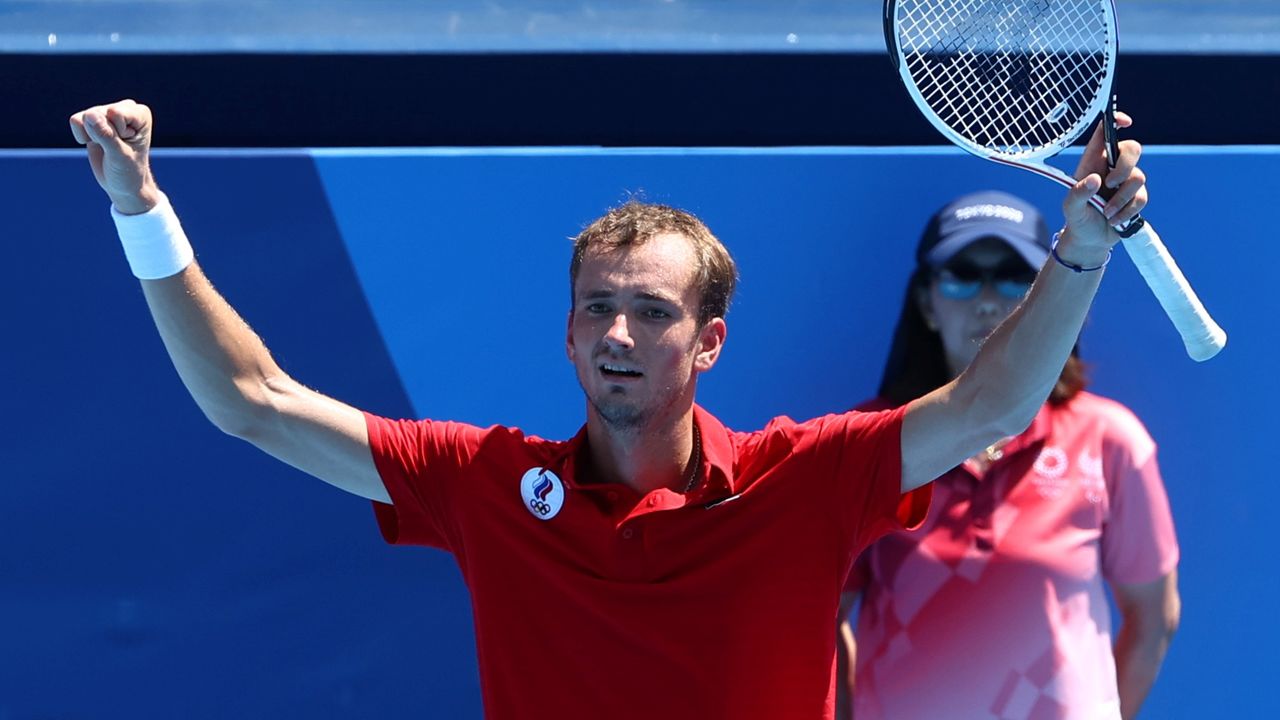 (Reuters) - With his game in fine form and a slew of past champions sidelined with injuries, Daniil Medvedev said he is feeling confident as he prepares to try to win his first major title at the upcoming U.S. Open.

The world number two, who fell to Rafa Nadal in an epic five set final at Flushing Meadows in 2019, is guaranteed not to suffer the same fate this year after the Spaniard said he would sit out to focus on healing a nagging foot injury.

In addition to Nadal, past champions Roger Federer, Stan Wawrinka, Dominic Thiem and Juan Martin Del Potro will also be missing in action in New York.

"I'm going to try to do my best. If I manage to keep the level I'm playing at right now, I have good chances to go far," Medvedev told reporters after crushing Pablo Carreno Busta to reach the semi-finals of the Western & Southern Open on Friday.

But the big-serving Russian said he knows anything can happen on the sport's biggest stages.

"One day you might feel not so good," said Medvedev, who complained about the stifling heat at the Tokyo Olympics before falling in the quarter-finals.

"You're going to get an opponent who is going to play the best match of his life."

And although those other titans of the game are out of the picture, the most dangerous player in all of tennis, world number one Novak Djokovic, will be especially motivated.

"Definitely Novak is going to be the highest contender," Medvedev said.

"He's winning almost all the Grand Slams right now. He won already 20. He has experience. He has a level. I'm not gonna lie.

"So he's the man under pressure, but I think he likes it. Some guys under pressure can crack. That's not Novak. So he's definitely the main contender," he said, noting that if they do meet it will be in the final since they will be on opposite sides of the draw.

"When I play good in New York, I can get good results, and of course, yeah, I want to win it," he said.