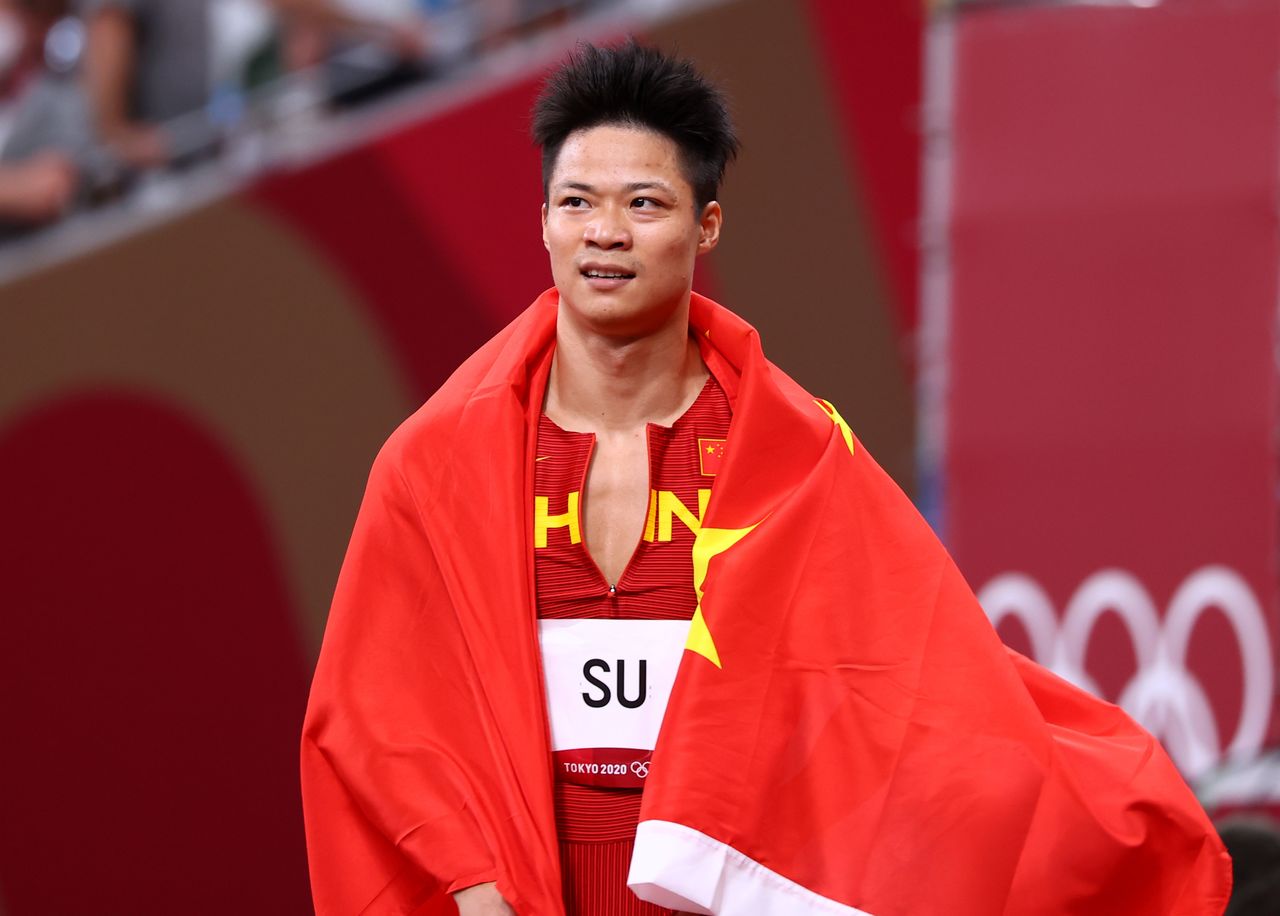 (Reuters) - Asia's fastest man, Su Bingtian, believes he can improve on the continental record set at the Tokyo Olympic Games as he became the first Chinese man to qualify for the final of the 100 metres.

Su ran 9.83 seconds in the semi-finals in Tokyo to break the Asian mark and qualify fastest for the final in athletics' most high-profile event.

The 31-year-old eventually finished in sixth place in the final, running a time of 9.98 seconds behind winner Lamont Marcell Jacobs from Italy.

"I'm not sure if I'm at the height of my career ladder or not, but I believe that there remain chances in the future to better myself," Su told Chinese broadcaster CCTV.

"Now I've reached 9.83, but I can run faster because there exists something you can only feel unless you experience it. I'm 100 percent sure that this is not my limit, which is very important."

Su became the first Chinese runner to reach the Olympic final in the event and only the second Asian male sprinter ever to feature in the 100m final.

Su is also only the second male Chinese athlete to qualify for the final of an Olympic sprint event, following in the footsteps of 2004's 110m hurdles gold medalist Liu Xiang.

"To be honest, I think there are no limits. I just hope to keep running and do more efforts for Chinese track and field."