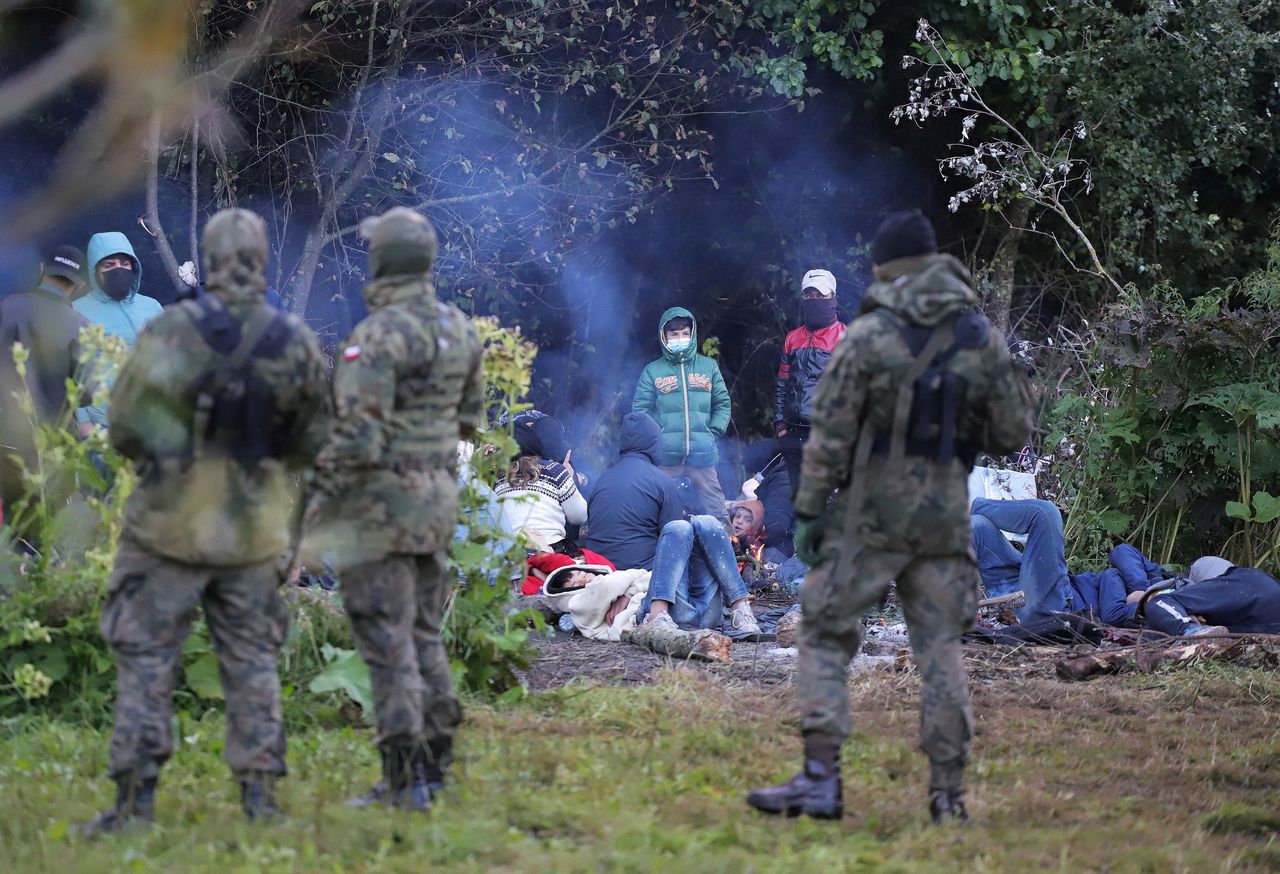 FILE PHOTO: Polish border patrol officers guard a group of migrants who attempted to cross the border between Belarus and Poland near the village of Usnarz Gorny, Poland August 18, 2021. Grzegorz Dabrowski/Agencja Gazeta/via REUTERS

WARSAW (Reuters) - The leaders of Poland, Lithuania, Estonia and Latvia came together on Saturday to condemn Belarus for allowing migrants to illegally cross its borders into the European Union.

"All European Union member states have a duty to protect borders and to stop illegal entries," read a Polish government statement published after a videoconference of the countries' prime ministers.

In recent weeks, Lithuania has reported a surge in illegal border crossings from Belarus and accused Minsk of flying in migrants from abroad and dispatching them into the EU.

Earlier this month, Poland accused Belarus of sending a growing number of migrants over the border in retaliation for Warsaw's decision to give refuge to Krystsina Tsimanouskaya, a Belarusian athlete who refused to return home from the Tokyo Olympics.

Belarus officials did not immediately respond to a request for comment.

Polish authorities have faced criticism from human rights groups for not accepting migrants, and for denying those at the border adequate medical care.

A read-out of the videoconference, circulated by the Polish Prime Minister's Chancellery, stated that all illegal migrants had been cared for appropriately.

"It's important to underline that those who did in fact cross the border are being cared for in special sites for this purpose," the statement read.

More than 30 migrants have been camping out in the forest along Poland's border with Belarus near the village of Usnarz Gorne for almost two weeks, Polish media reports say.

Poland's Border Guard said in a tweet published Friday that it had already asked Belarusian authorities three times to intervene and that Belarus said it was doing so.