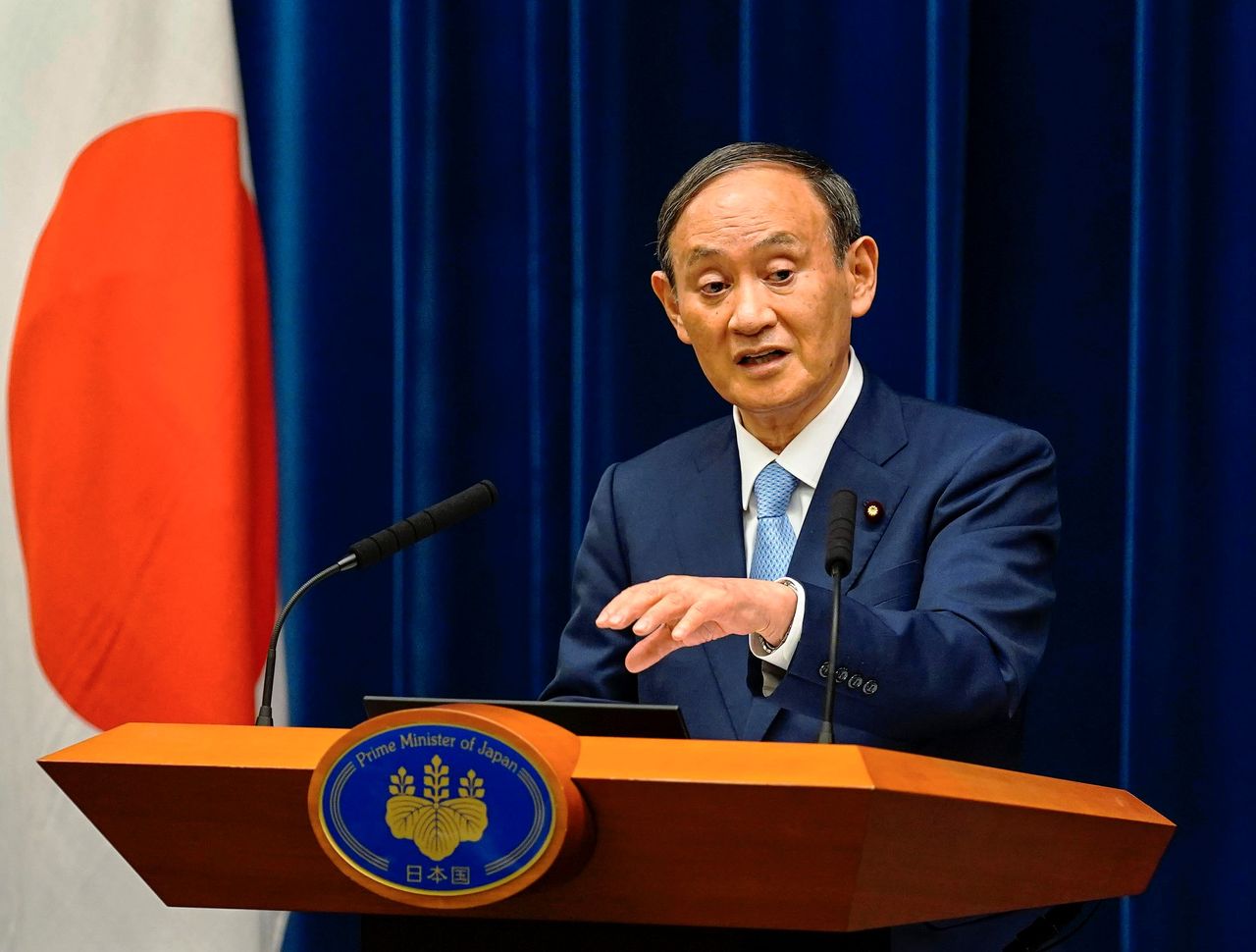 (Corrects Sunday story to clarify Okonogi was not incumbent)

TOKYO (Reuters) -An ally of Japanese Prime Minister Yoshihide Suga was set to lose a mayoral race in Yokohama on Sunday, public broadcaster NHK said, citing exit polls, in a blow for the unpopular premier who faces a general election this year.

The projected loss for Okonogi on the premier's home turf just south of Tokyo is likely to pile more pressure on Suga, who was already under fire over surging COVID-19 cases and a perception that he has been clumsy in handling the pandemic.

Suga's approval ratings slid below 30% in August, fanning concerns in the ruling Liberal Democratic Party about his ability to lead the party into a general election that must be held by Nov. 28.

Although Yokohama is in Suga's constituency in parliament, a survey conducted by a local newspaper in mid-August found Okonogi trailing Yamanaka, reflecting concerns over the government's handling of the pandemic.

Kanagawa, the prefecture where Yokohama is located, has been under a state of emergency since Aug. 2, but infections have continued to rise. The prefecture recorded a record 2,878 cases on Friday, according to public broadcaster NHK.

Suga's term as LDP president ends in September. He can either be re-elected uncontested or face a party vote if other candidates emerge to challenge him for the job.