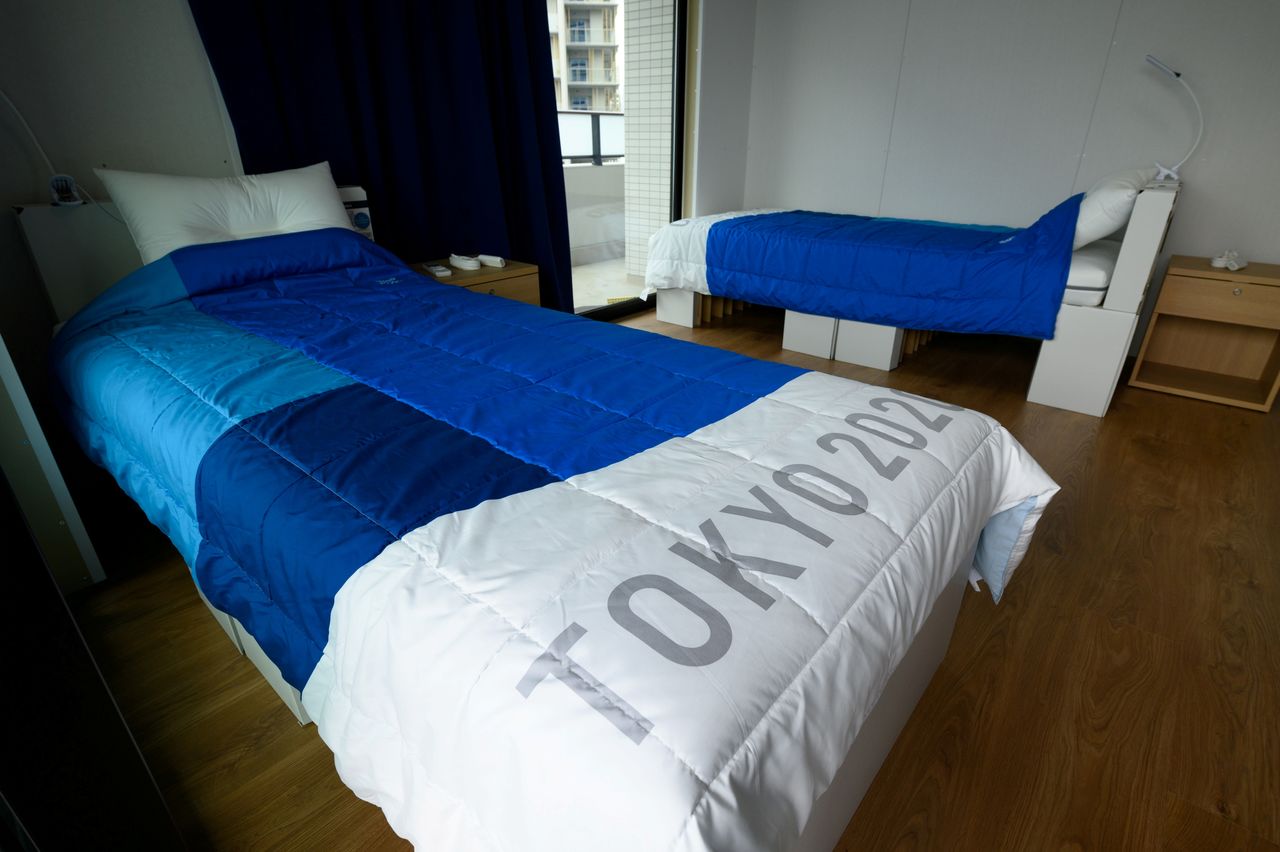 FILE PHOTO: Recyclable cardboard beds and mattresses for athletes are pictured during a media tour at the Olympic and Paralympic Village for the Tokyo 2020 Games, in Tokyo, Japan June 20, 2021. Akio Kon/Pool via REUTERS/File Photo

TOKYO (Reuters) - Authorities in the Japanese capital are considering plans to convert some of the city's Olympics and Paralympics venues into temporary medical facilities as they combat soaring COVID-19 infections that have piled pressure on the healthcare system.

Japan's fifth wave of infections, which is being driven by the highly infectious Delta variant, has prompted the government to extend pandemic emergency measures in Tokyo and other regions until Sept. 12.

Planners of the Paralympics, set to run from Tuesday until Sept. 5, agreed last week to hold the Games generally without spectators, a measure taken at the recently concluded Olympics.

Medical experts have urged temporary use of facilities owned by the Tokyo government, such as the Tokyo Aquatics Centre, site of swimming competitions, and the Musashino Forest Sport Plaza used for badminton, the Sankei newspaper said.

However, the earliest they could be drafted into use would be after the Paralympic Games, the paper said, adding that more time might be required to complete arrangements.

The city authorities could not be reached for comment on a holiday.

On Friday, Paralympics organisers said the Games would be held in "very difficult" circumstances, with Tokyo hospitals overstretched in the COVID-19 battle.

Thirty new daily infections were confirmed on Sunday among Paralympic participants, the highest such figure yet, broadcaster NHK quoted organisers as saying.