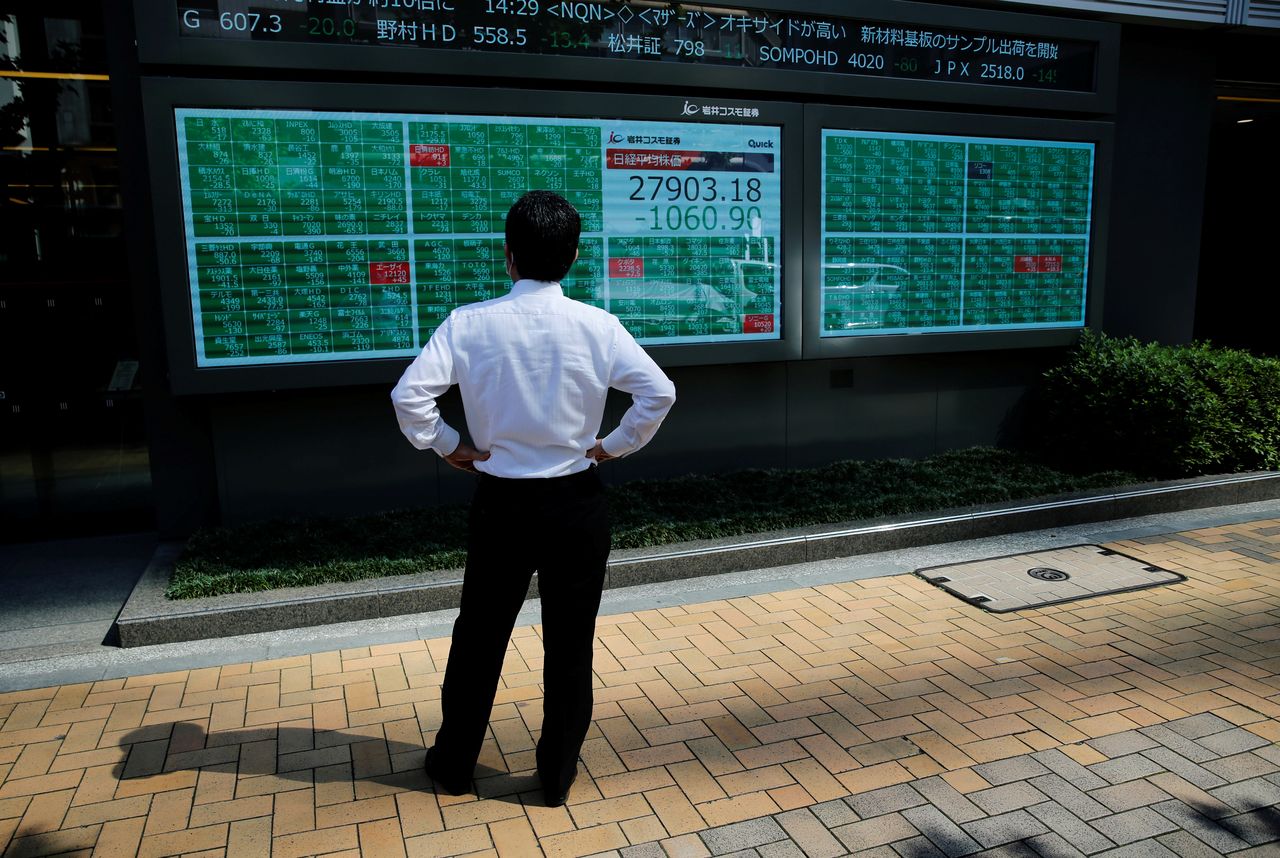 SYDNEY (Reuters) - Asian share markets were trying to pick up the pieces on Monday following last week's thrashing as coronavirus concerns showed little sign of abating, while safe-haven flows benefited the dollar ahead of a key update on U.S. monetary policy.

A raft of "flash" manufacturing surveys for August out on Monday will offer an early indication of how global growth is faring in the face of the Delta variant, with analysts expecting some slippage and especially in Asia.

Concerns over China's economy have only intensified in recent weeks, while Beijing's regulatory crackdown on the tech sector delivered a double blow to markets.

More than $560 billion was wiped from Hong Kong and mainland China exchanges last week as funds fretted on which sectors regulators might target next.

The impact was all too evident in MSCI's broadest index of Asia-Pacific shares outside Japan which sank 4.8% last week to a nine-month trough. Early Monday, it had limped 0.2% higher but the gains looked fragile.

The rot spread to Japan where the Nikkei shed 3.4% last week to its lowest since January. Bargain hunting helped the index bounce 1.2% early Monday.

"The U.S. yield curve is at a one-year low, emerging markets are negative YTD and both copper and oil are down double digits from recent highs."

He expects negative returns for stocks and credit in the second half of this year and suggests investors own defensive quality.

The spread of the Delta variant also has the potential to upset the timing of the U.S. Federal Reserve's tapering plans.

Dallas Federal Reserve President Robert Kaplan, a well-known hawk, on Friday said he might reconsider the need for an early start to tapering if the virus harms the economy.

That adds an extra frisson of uncertainty to Fed Chair Jerome Powell's speech at Jackson Hole this week, which has had to be moved online because of pandemic restrictions.

"Our base case is that the FOMC will announce a taper in September if the August non‑farm payrolls is strong," said Joseph Capurso, head of international economics at CBA.

"We anticipate the taper will be implemented in October or November, though the recent increase in Covid infections and deaths in parts of the U.S. may give Powell pause."

That is in market contrast to the European Central Bank which is under pressure to add more stimulus, giving the dollar a leg up on the euro.

"Unlike the Fed, we do not expect the ECB to shift away from its ultra‑dovish monetary policy stance," said Capurso. "We expect EUR to decline to a low of $1.12 in Q1 2022, before gradually appreciating."

The dollar made large gains on commodity and emerging market currencies, and turned higher on the Chinese yuan.

It has been more restrained against the Japanese yen at 109.84, which is also benefiting from safe haven flows.

Global growth jitters took a heavy toll on commodities last week, with base metals, bulk resources and oil all falling.

Gold was steadier at $1,777, following a one-day plunge earlier in August.

Oil had suffered its sharpest week of losses in more than nine months as investors anticipated weakened fuel demand worldwide due to a surge in COVID-19 cases. [O/R]