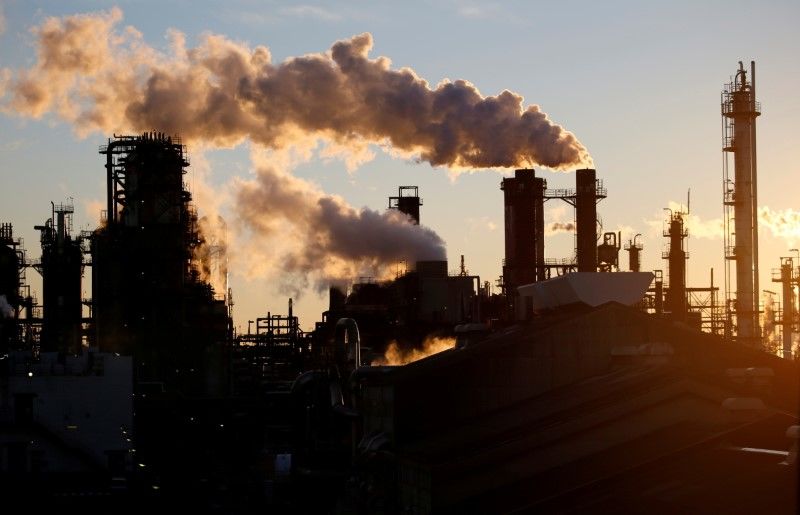 TOKYO (Reuters) - Japan's factory activity growth slowed in August, while that of the services sector shrank at the fastest pace since May last year, highlighting the increasingly heavy toll a recent wave of COVID-19 infections is taking on the economy.

Manufacturers mostly withstood the impact of the coronavirus resurgence, due largely to the highly contagious Delta variant that is forcing governments in Japan and elsewhere in Asia to put in place lockdowns or other curbs.

The au Jibun Bank Flash Japan Manufacturing Purchasing Managers' Index (PMI) fell to a seasonally adjusted 52.4 in August from a final 53.0 in the prior month.

Activity in Japan's services sector took a blow from a surge in Delta variant cases that last week forced the government to extend and expand the country's fourth state of emergency, which now covers nearly 60% of the population.

The au Jibun Bank Flash Services PMI index dropped to a seasonally adjusted 43.5 from the previous month's final of 47.4, hitting its lowest since May 2020, when Japan's economy went through a deep COVID-19 slump.

The weak reading pushed down activity for the overall private sector, which contracted at the quickest pace since August 2020, said Usamah Bhatti, economist at IHS Markit, which compiled the survey.

"The decline in overall private sector activity was led by the larger services sector, where business activity fell for the 19th consecutive month," Bhatti said.

"Private sector businesses noted that the recent surge in COVID-19 cases related to the Delta variant had dampened prospects."

The au Jibun Bank Flash Japan Composite PMI, which is estimated by using both manufacturing and services, fell to 45.9 from July's final of 48.8, hitting its lowest since August last year.