Biden expected to decide within 24 hours on Afghan evacuation deadline

KABUL/WASHINGTON (Reuters) -With thousands of desperate Afghans and foreigners massed at Kabul's airport in the hope of fleeing Afghanistan's new Taliban rulers, U.S. President Joe Biden is expected to decide as soon as Tuesday on whether to extend an Aug. 31 deadline to airlift Americans and their allies to safety.

Biden warned on Sunday that the evacuation was going to be "hard and painful" and much could still go wrong. U.S. troops might stay beyond an Aug. 31 deadline to oversee the evacuation, he said.

On Monday, an administration official told Reuters that Biden would decide within 24 hours whether to extend the timeline to give the Pentagon time to prepare.

Beyond the need to remove thousands of Americans, citizens of allied countries and Afghans who worked with U.S. forces, Department of Defense officials said it would still take days to fly out the 6,000 troops deployed to secure and run the airlift.

Some Biden advisers were arguing against extending the self-imposed deadline for security reasons. Biden could signal his intentions at a virtual meeting of the Group of Seven wealthy nations on Tuesday.

Two U.S. officials had said the expectation was that the United States would continue evacuations past Aug. 31. A senior State Department official told reporters https://www.reuters.com/world/new-flight-carrying-at-risk-afghans-arriving-us-later-monday-official-2021-08-23 the country's commitment to at-risk Afghans "doesn't end on Aug. 31."

Later on Monday, Democratic U.S. Representative Adam Schiff, chairman of the House of Representatives Intelligence Committee, told reporters after a briefing on Afghanistan by intelligence officials that he did not believe the evacuation could be completed in the eight remaining days.

"I think it's possible but I think it's very unlikely given the number of Americans who still need to be evacuated," Schiff said.

A Taliban official said foreign forces had not sought an extension and it would not be granted if they had. Washington said negotiations were continuing.

White House national security adviser Jake Sullivan said the United States was in daily talks with the Taliban and making "enormous progress" in evacuating Americans and others.

U.S. defense officials had told Reuters that almost everything would have to go perfectly to extricate every American citizen by Aug. 31, given concerns about reaching the airport, terrorist attacks and complicated processing times.

State Department spokesman Ned Price told reporters the United States had discussed future control of the airport with the Taliban, as well as with U.S. partners and allies.

'DOES IT STILL HURT? YES'

The Taliban's swift takeover and ensuing chaos in Afghanistan have roiled U.S. politics, with opposition Republicans piling criticism on Biden for the withdrawal, which was initiated by his Republican predecessor, Donald Trump. Biden's opinion poll numbers have slipped.

Biden's fellow Democrats who control Congress have promised to investigate what went wrong in Afghanistan within the past weeks and throughout the 20-year conflict, America's longest war.

For its part, the powerful U.S. military has been grappling with the collapse of U.S.-backed Afghan forces after 20 years of training. https://www.reuters.com/world/us/was-it-worth-it-pain-anger-inside-pentagon-after-afghanistan-crumbles-2021-08-23 "Was it worth it? Yes. Does it still hurt? Yes," General David Berger, the commandant of the Marine Corps, wrote in a memo to Marines.

The difficulties at the airport were underlined on Monday with a firefight between Afghan guards and unidentified gunmen. German and U.S. forces were also involved, the Germany military said.

A local Taliban militant, speaking to a large crowd in Kabul, urged Afghans to remain.

"Where has our honor gone to? Where has our dignity gone to?" the unidentified militant said. "We will not let the Americans continue to be here. They will have to leave this place. Whether it is a gun or a pen, we will fight to our last breath."

The Taliban seized power last week as the United States and its allies withdrew troops after the war launched after the Sept. 11, 2001, attacks.

Panicked Afghans and foreigners have thronged the airport since, clamoring to catch any flight out. Many fear reprisals and a return to a harsh version of Islamic law the Taliban enforced while in power from 1996 to 2001.

Twenty people have been killed, most in shootings and stampedes, as international forces try to bring order. One member of the Afghan forces was killed and several wounded in Monday's clash, the U.S. military said.

German Foreign Minister Heiko Maas said the virtual G7 summit must agree on whether to extend the deadline and how to improve access to the airport.

Leaders of the Taliban, who have sought to show https://www.reuters.com/world/asia-pacific/taliban-seek-present-moderate-face-they-take-control-afghanistan-2021-08-15 a more moderate face since capturing Kabul, have begun talks on forming a government, while their forces focus on the last pockets of opposition. 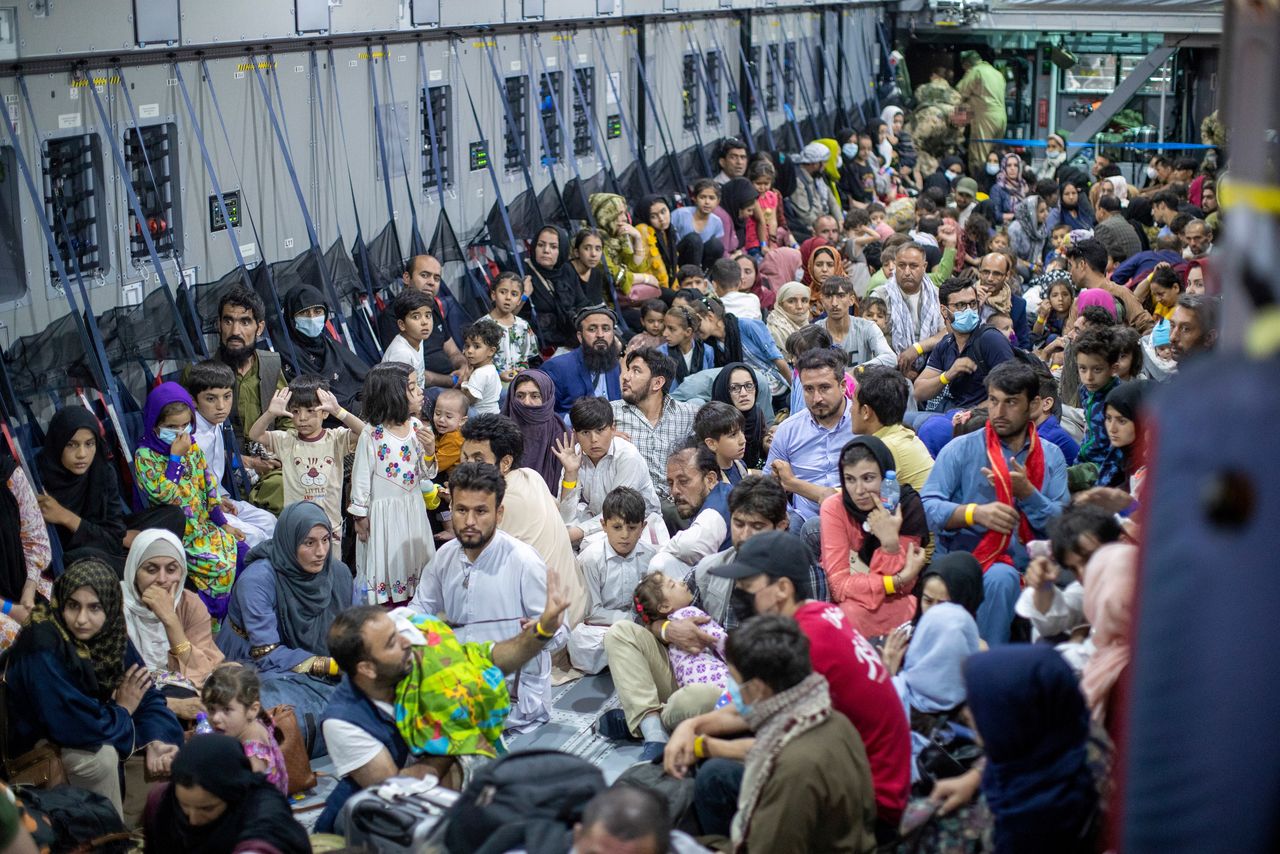 A handout photo obtained via the Bundeswehr on August 21, 2021 shows evacuees from Afghanistan inside an Airbus A400 transport aircraft of the German Air Force Luftwaffe in Tashkent, Uzbekistan. Picture taken August 21, 2021. Marc Tessensohn/Bundeswehr/Handout via REUTERS 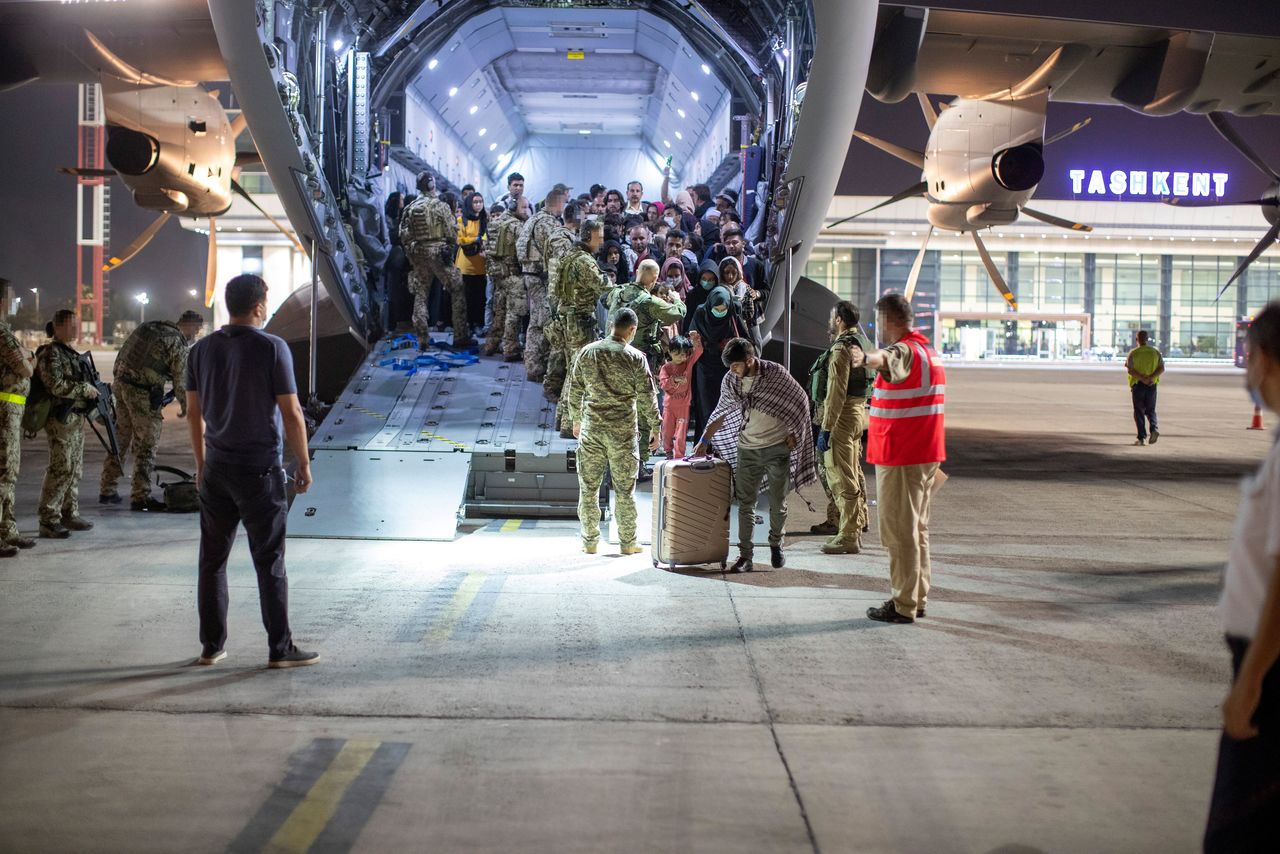 A handout photo obtained via the Bundeswehr on August 21, 2021 shows evacuees from Afghanistan leaving an Airbus A400 transport aircraft of the German Air Force Luftwaffe in Tashkent, Uzbekistan. Picture taken August 21, 2021. Marc Tessensohn/Bundeswehr/Handout via REUTERS 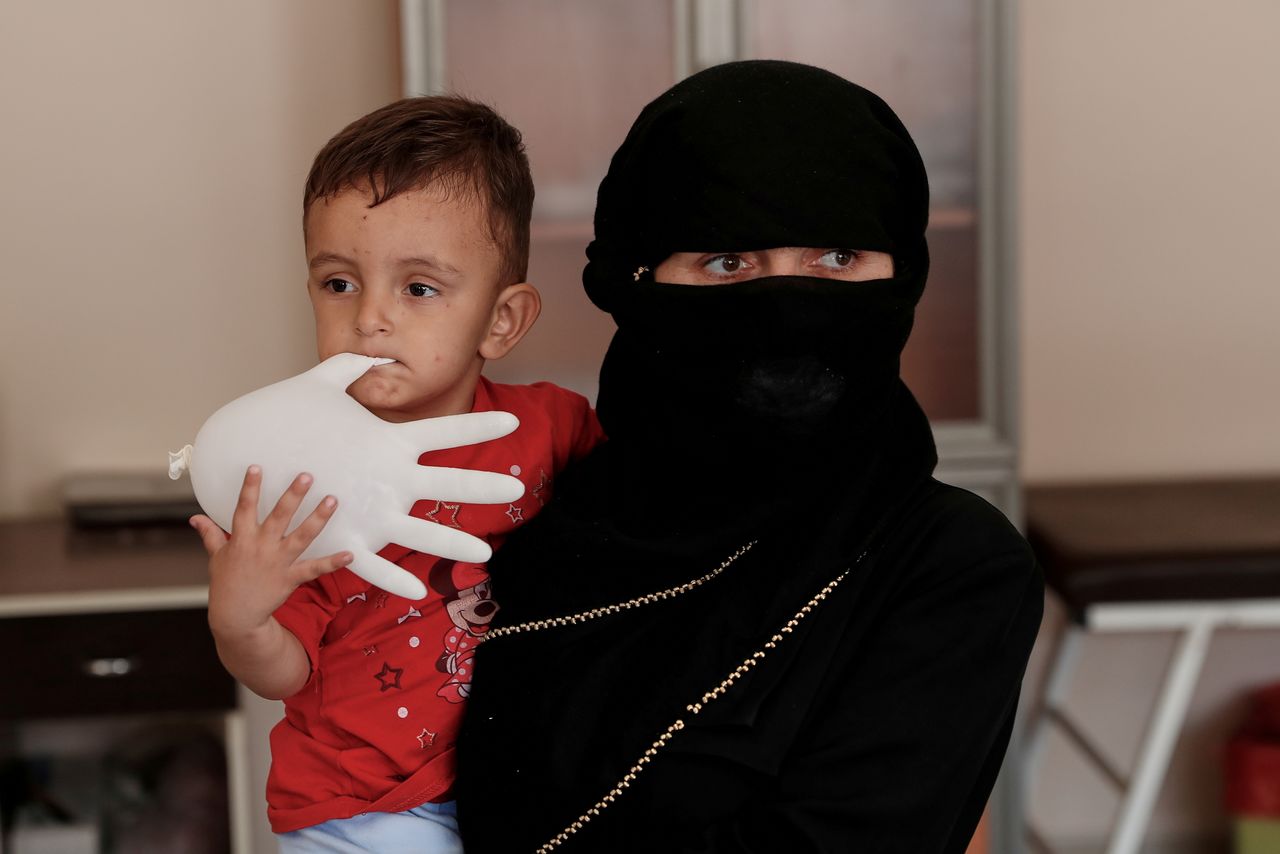 Afghan migrant Benevse and her two-year old son Rehimullah, caught by Turkish security forces after crossing illegally into Turkey from Iran, wait for a medical check at a migrant processing centre in the border city of Van, Turkey August 22, 2021. REUTERS/Murad Sezer 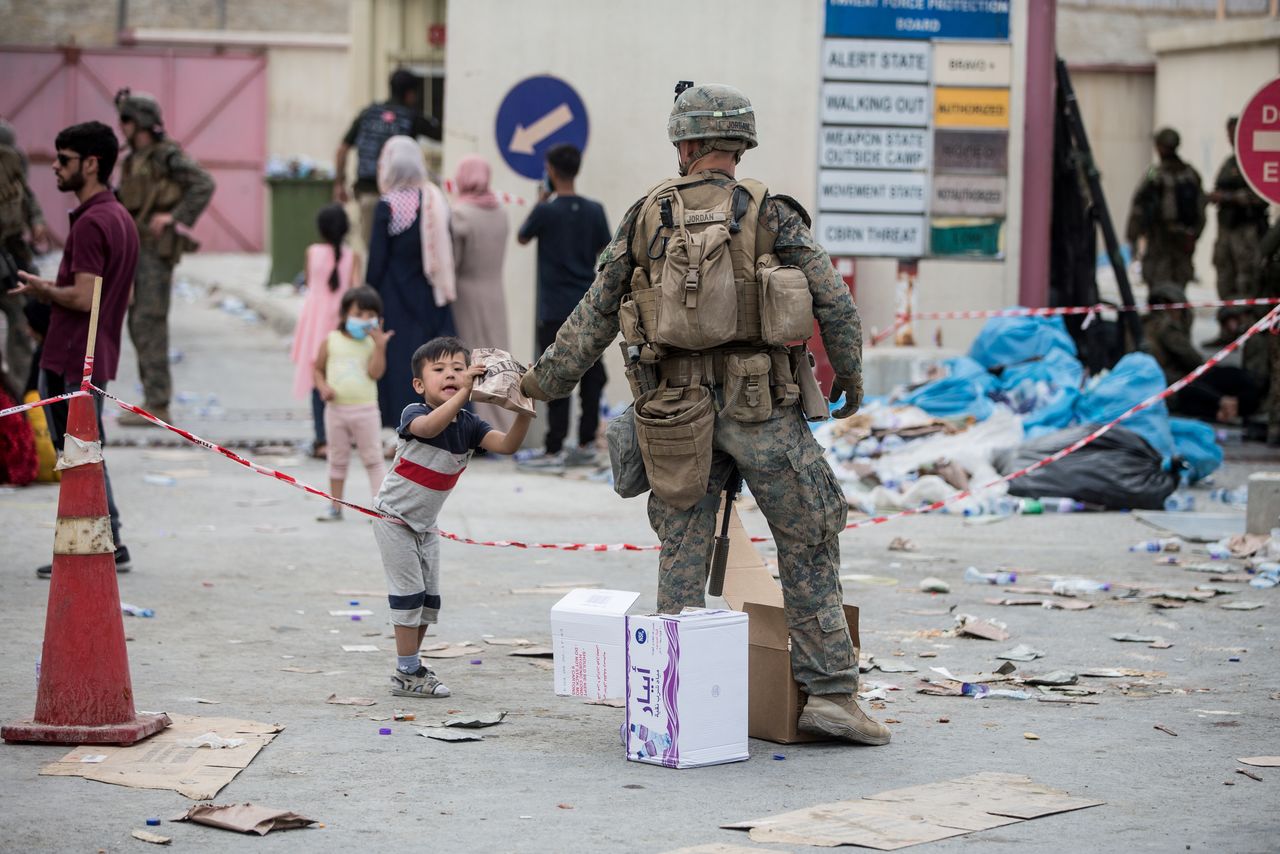