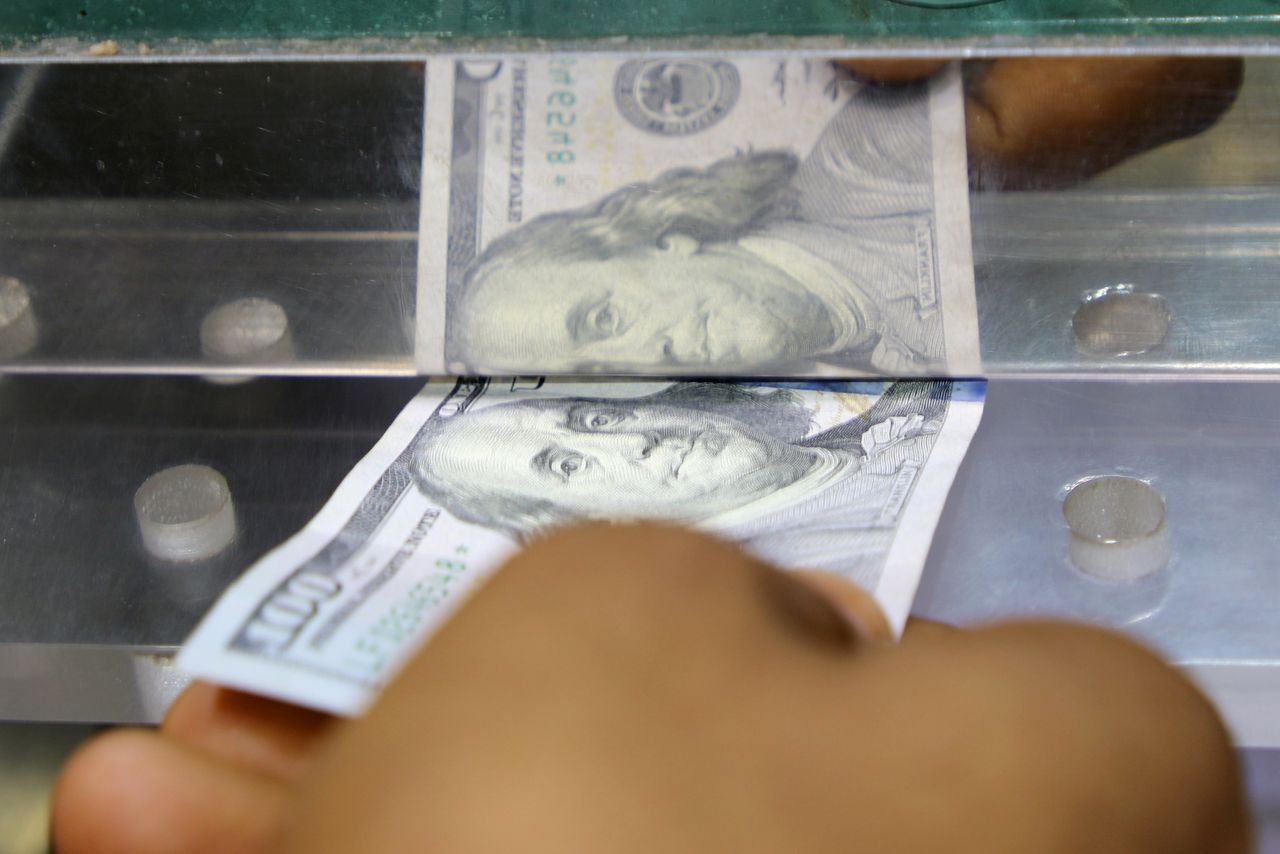 The dollar index hit a nine-month high last week, climbing nearly 5% from May lows, as investors firmed up bets the Fed will start scaling back stimulus policies spurred by the pandemic ahead of Europe and Japan.

But Robert Kaplan, president of the Dallas Fed, dented those expectations on Friday when the well-known hawk said he might reconsider the need for an early start to tapering if the virus harms the economy.

Markets have concluded there's not going to be a "taper tantrum" like in 2013, Moya said. Fears the Fed would tighten monetary policy caused interest rates to spike at the time.

"Despite the inevitable announcement of tapering at some point this year, it's going to be very slow and it's not going to signal any imminent rate hikes at the end of next year," he said.

Riskier currencies, including the Norwegian crown and Aussie and Canadian dollars were among the major beneficiaries of a weaker dollar. All three currencies gained more than 1% against the U.S. currency.

The dollar index, which measures its performance against a basket of six currencies, fell 0.57% to 92.95.

"Maybe I was too early in making this call, but a muscular U.S. economy that is centred on technology and one that embraces creative destruction will likely enjoy elevated trend growth in the years ahead," Jen said.

Elsewhere, the euro popped to a three-day high after data showed euro zone business grew strongly this month, though the pace of expansion slowed on fears new coronavirus strains may bring renewed restrictions.

The Australian dollar was among the major gainers after Prime Minister Scott Morrison said Australians must start to learn to live with COVID-19 when higher vaccination targets are reached.

The Canadian dollar likely will gravitate back to $1.25 to the U.S. dollar and settle in that range, Moya said. (Graphic: FX positions, https://fingfx.thomsonreuters.com/gfx/mkt/mopannqyjva/FX%20positions.JPG)