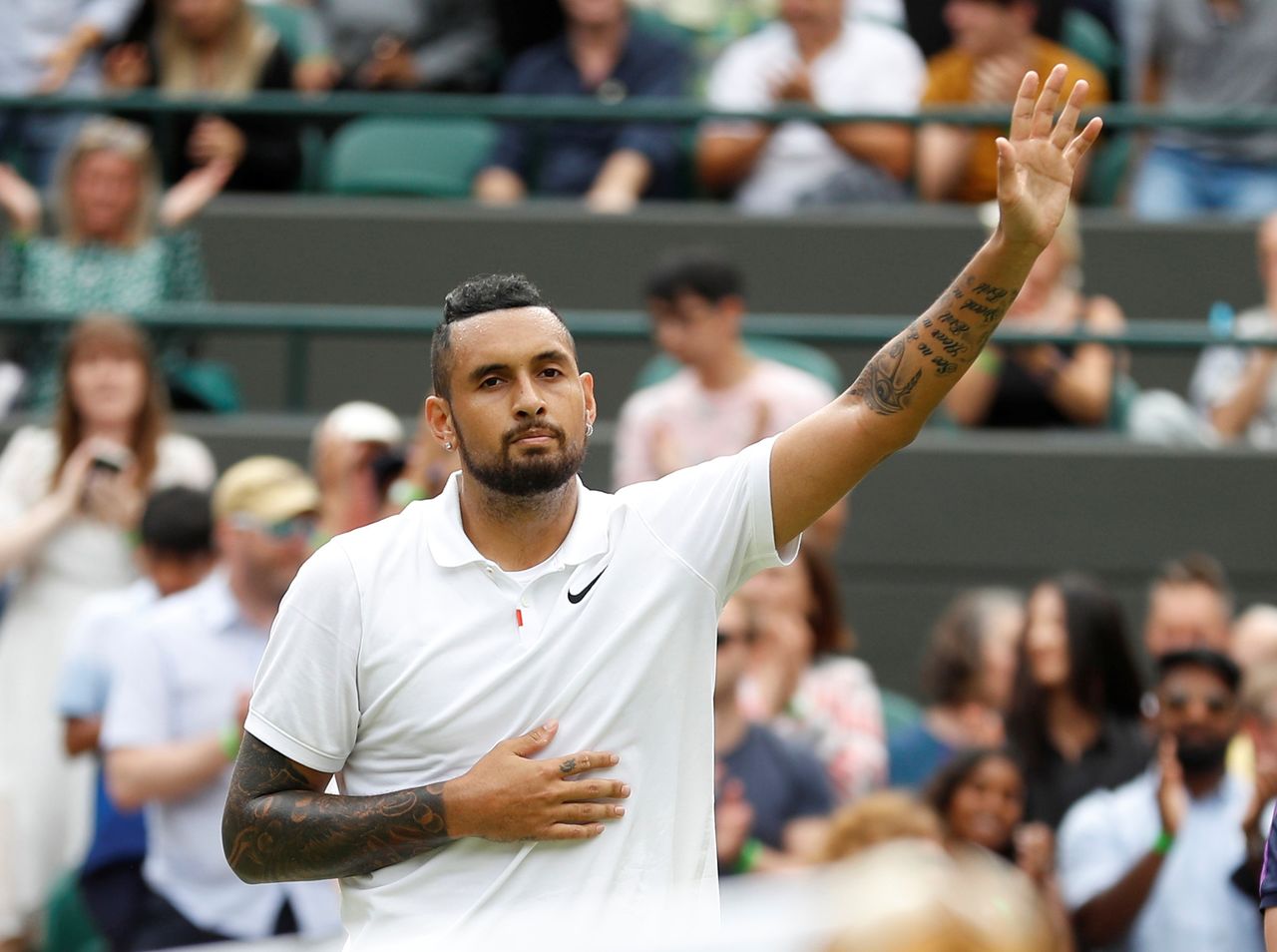 FILE PHOTO: Tennis - Wimbledon - London, Britain - July 3, 2021 Australia's Nick Kyrgios waves to the spectators after losing his match by a walkover as he sustained an injury REUTERS/Peter Nicholls/File Photo

(Reuters) - Australian Nick Kyrgios pulled out of his first-round match with Britain's Andy Murray at the Winston-Salem Open on Sunday due to knee pain but the 26-year-old is confident he will be fit for next week's U.S. Open Grand Slam.

Kyrgios withdrew from the ATP 250 event in North Carolina in a last-minute call, with lucky loser Noah Rubin replacing him. American Rubin lost 6-2 6-0 to former world number one Murray.

World number 85 Kyrgios, who skipped the Tokyo Olympics https://www.reuters.com/lifestyle/sports/kyrgios-says-he-will-not-play-fan-free-tokyo-games-2021-07-08 because he did not want to play in front of empty stands, said he had been dealing with pain in his left knee in the last couple of weeks.

"With the U.S. Open just around the corner, I just didn't feel it was worth the risk of going out there and possibly making it worse, not giving myself the best shot to perform at the U.S. Open," Kyrgios told reporters.

"To play Andy Murray, a good friend and tennis icon, would have been amazing but I had to look after my body. And with the Grand Slam next week, I wanted to be more cautious.

"I am playing the U.S. Open 100%, it's not like I am finishing my season. I needed more time to get right... the best option today was to rest it."

(Reporting by Manasi Pathak in Bengaluru; Editing by Tomasz Janowski)