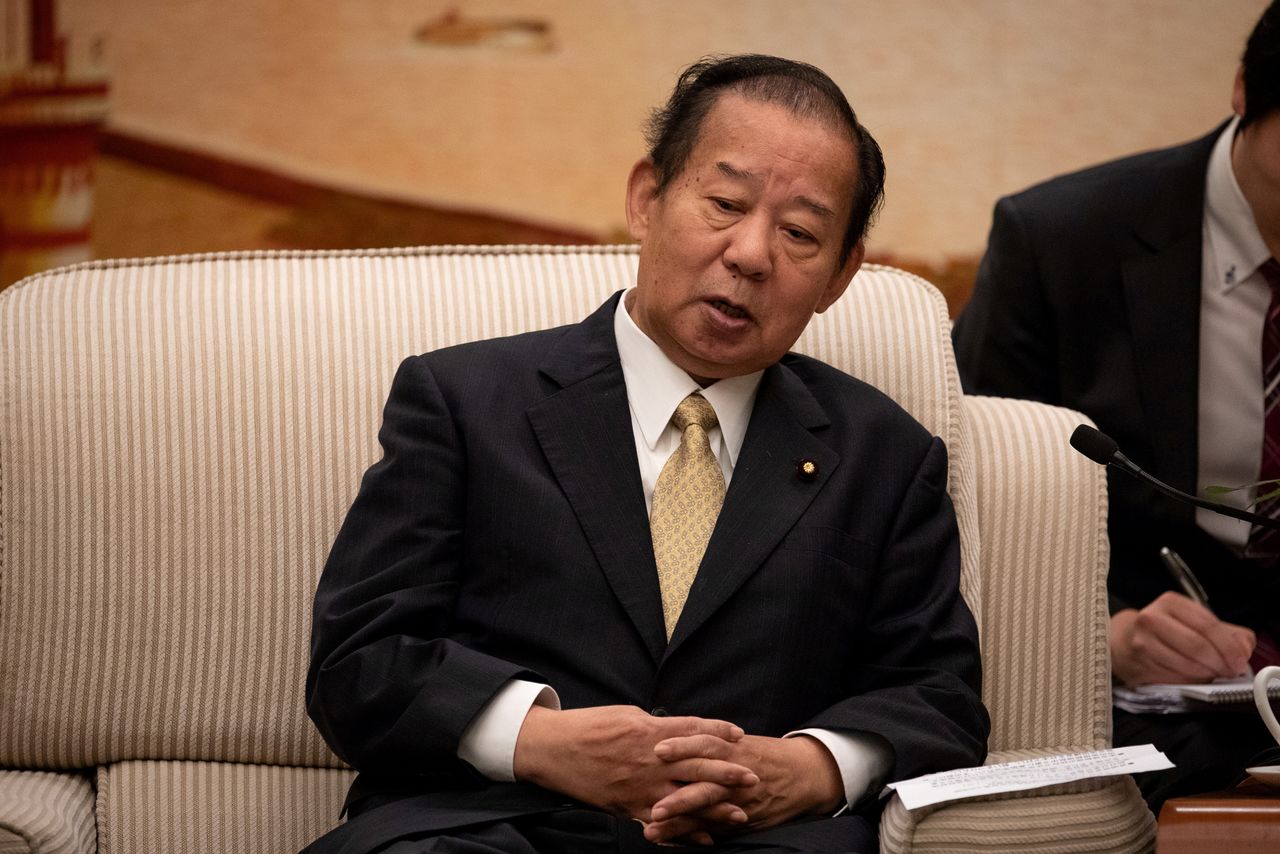 TOKYO (Reuters) -An influential member of Japan's ruling party said on Tuesday he still backed the re-appointment of Prime Minister Yoshihide Suga as party leader, a position that ensures he would remain prime minister.

Suga has said he would run in the Liberal Democratic Party's (LDP) leadership race for another term as head of the party, though a former foreign minister, Fumio Kishida, is likely to challenge him in the vote, which is expected next month, the Sankei newspaper reported.

"I haven't changed my stance of supporting the prime minister's re-appointment," Toshihiro Nikai, a party veteran who leads a major faction in it, told a new conference, referring to the top party post.

Nikai, who said he planned to meet Suga on Wednesday to discuss "the future of the party and the country", is considered one of the party's most powerful lawmakers.

He played a major role in Suga's victory in the last LDP leadership race last year, which led to him succeeding Shinzo Abe as prime minister in September.

Suga's administration has seen its support plunge over its handling of the COVID-19 pandemic, leading to calls within the party for it to pick a new face as leader ahead of a general election that must be held by October.

There has been speculation that Suga aimed to first call a general election, win a majority of seats, then use the victory to help him win another term as party leader.

But Kyodo news agency, citing unnamed sources, said he was not planning to dissolve the lower house of parliament, a key step for calling a snap election, before the party leadership vote.

Asked if dissolving parliament's lower chamber is possible under the COVID-19 state of emergency, Suga said: "I think it's legally possible but I've been saying all along top priority is on the coronavirus response."

Tokyo and 12 other prefectures are now under the state of emergency and the government is set to expand it to eight more prefectures, including the northern island of Hokkaido, public broadcaster NHK said, as infections show no sign of slowing.