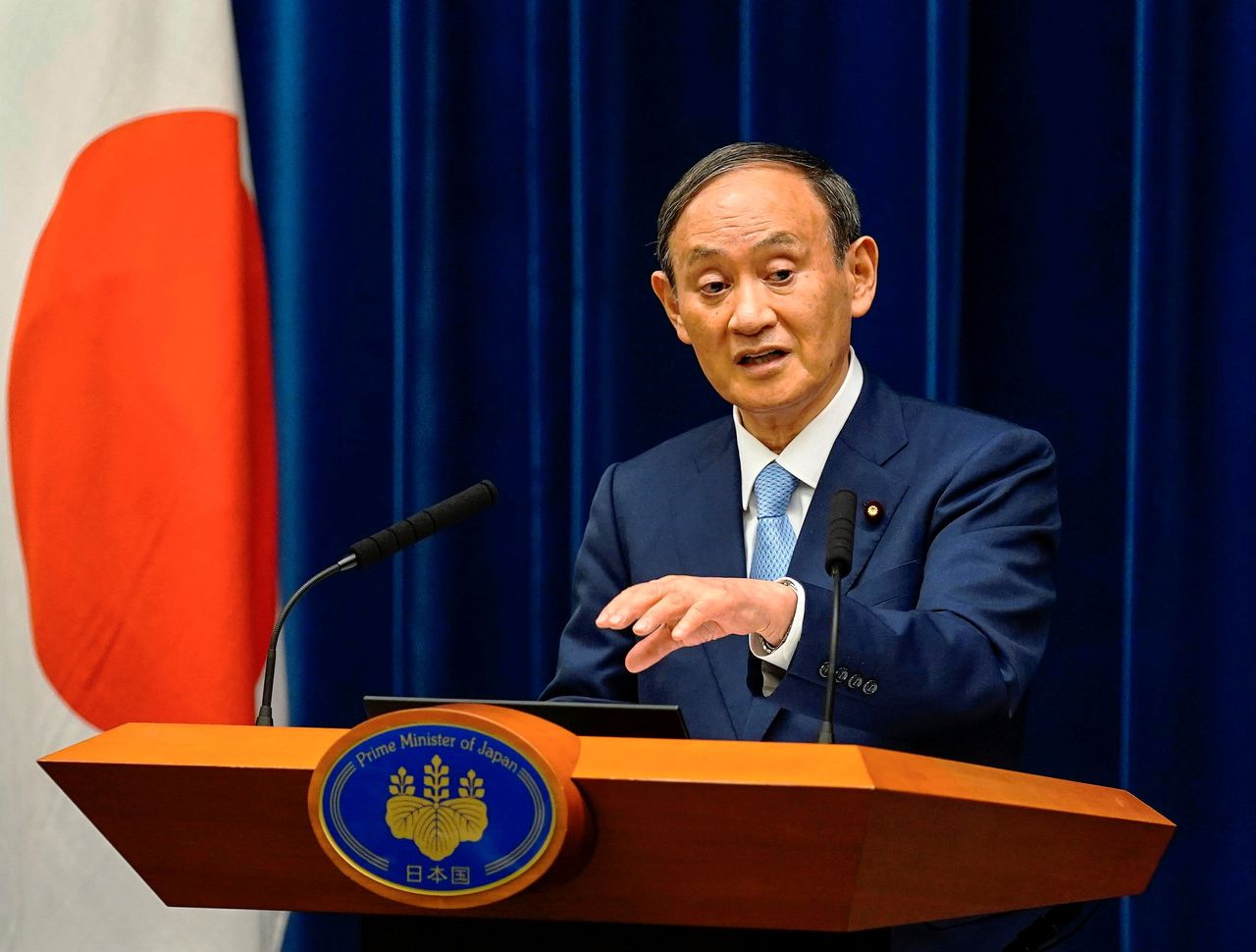 TOKYO (Reuters) -Japanese Prime Minister Yoshihide Suga held talks on Wednesday with a powerful ruling party executive on a party leadership vote that will decide who leads the Liberal Democratic Party (LDP) into the next election due by November.

The ruling LDP vote is expected to take place on Sept. 29.

The executive, Toshihiro Nikai, said this week he backs Suga's re-appointment as party chief, a position ensuring Suga would stay on as prime minister and take the party helm in the looming general election.

Japan's largest newspaper, the Yomiuri daily, said on Wednesday that in addition to Nikai's faction, the leadership of four other main groups in the LDP also favoured Suga for the top job, although younger, more vulnerable MPs opposed the unpopular premier.

Suga took office last September after Shinzo Abe quit, citing ill health, and his term expires at the end of next month. The premier's ratings have fallen below 30% as Japan battles its worst wave of COVID-19 infections, and some in the party want to replace him before the general election.

There had been speculation that Suga may aim to first call a general election, win a majority of seats, then use the victory to help him win another term as party leader.

But Kyodo news agency, citing unnamed sources, said late on Tuesday Suga was not planning to dissolve the lower house of parliament, a key step for calling a snap election, before the party leadership vote.

This arrangement appeared to have been confirmed during the talks on Wednesday, where Suga and Nikai agreed the party leadership race would go ahead, Kyodo said.

At an evening news conference on the expansion https://www.reuters.com/world/asia-pacific/japan-seeks-state-emergency-expansion-8-more-prefectures-minister-2021-08-24 of the COVID-19 state of emergency to eight more prefectures, Suga remained vague on the timing of the elections.

"As for dissolving the lower house of parliament and holding a general election, choices are getting slim. I've been saying repeatedly that the top priority is our coronavirus response. I want to decide with that in mind," he said.

Suga has repeatedly said he will run in the leadership contest for another term, though a former foreign minister, Fumio Kishida, has firmed up his decision to challenge him in the party vote, according to public broadcaster NHK.

LDP members of parliament and grassroots party members are expected to be eligible to vote in the poll.