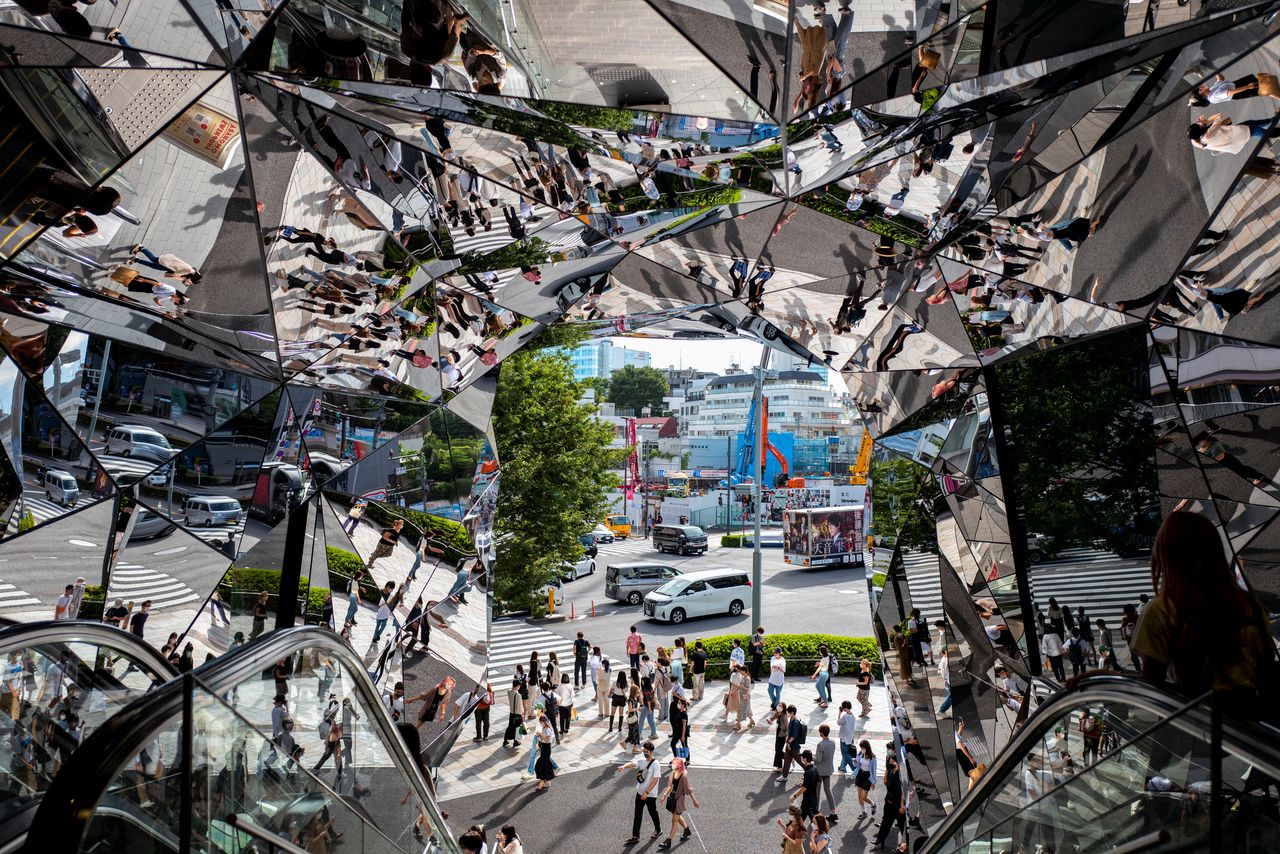 People wearing protective masks are reflected in the mirror at a shopping mall in Tokyo amid the coronavirus disease (COVID-19) outbreak in Tokyo, Japan, August 19, 2021. REUTERS/Athit Perawongmetha/Files

Japan will expand states of emergency to eight more prefectures from Friday, taking the total to 21 regions from Hokkaido in the north to the southern island of Okinawa and covering nearly 80% of its population.

In an unusually blunt statement from a Japanese official, Dr Shigeru Omi suggested Bach's decision to fly into Japan again for this week's Paralympics opening ceremony had undermined efforts to persuade people to avoid travel and work from home.

In response, the IOC said Bach's visit had been authorised by the Japanese government and was meant to show support for Paralympic athletes.

"We had said over and over 'What kind of message will the Olympics send to the public?'" Omi, the immunologist who chairs the government's coronavirus advisory panel that approved the emergency plan, said in a parliamentary session.

"We're asking people to work from home more. If (IOC) President Bach needs to give a speech (for the Paralympics), why couldn't he do it remotely? Why does he have to bother coming all the way here?" Omi said, drawing applause from a few lawmakers.

"That kind of plain, common sense should function under these circumstances," he said.

Bach spent over a month in Japan for the Olympic Games, which finished on Aug. 8. The IOC said on Wednesday his latest visit was "part of the support of the IOC to the Paralympic Games and the Paralympic athletes and the strong cooperation between the IOC and the IPC".

Omi's comments underscored the frustration felt by many as the government grapples to bring infections under control. Citizens are growing weary of life under restrictions and companies are ignoring requests to promote work-from-home.

Omi had voiced strong concerns about holding the 2020 Games, while others in the medical community opposed them. He had warned that infections could spread as the public interpreted hosting the Games as a sign that it was safe enough to go about their normal activities.

That dwarfs the 1.68-trillion-yen boost the economy was expected to see from holding the Olympic and Paralympic Games, he estimated.

The government will decide this week to tap an additional 1.4 trillion yen from reserves for the additional costs of dealing with the pandemic, Prime Minister Yoshihide Suga said, adding that about 60% of the public will be fully vaccinated by the end of September.

"I've done my utmost to promote coronavirus vaccination," he said.

Still, months of emergency curbs in Tokyo and surrounding areas have failed to reverse a surge in infections and about 90% of the city's critical care beds are occupied.

The latest state-of-emergency expansion will add Hokkaido, Aichi, Hiroshima and five other prefectures starting from Friday through to Sept. 12.

Another four prefectures will be placed under more limited "quasi-emergency" measures, bringing the regions under those curbs to a total of 12 out of Japan's 47 prefectures.

"Maintaining the health system is the top priority to protect the lives of citizens," Suga said.

With hospital beds filled to or nearing capacity, many people have been forced to convalesce at home with some dying before they can get treatment.

Securing oxygen stations and nurses, as well as considering the use of antibody cocktails for outpatients, were among the priorities, Economy Minister Yasutoshi Nishimura said earlier.

"The working-age demographic is the driving force (behind the rise in infections)," Nishimura said. "We need to halve the movement of people."

He added that infections transmitted by children as new school terms start were another concern.

Omi, the medical adviser, later said it was important to give vaccines to teachers, including at nursery schools. He also backed antibody tests ahead of physical activities at schools.

The government reported 21,561 new cases and 30 deaths for Tuesday.