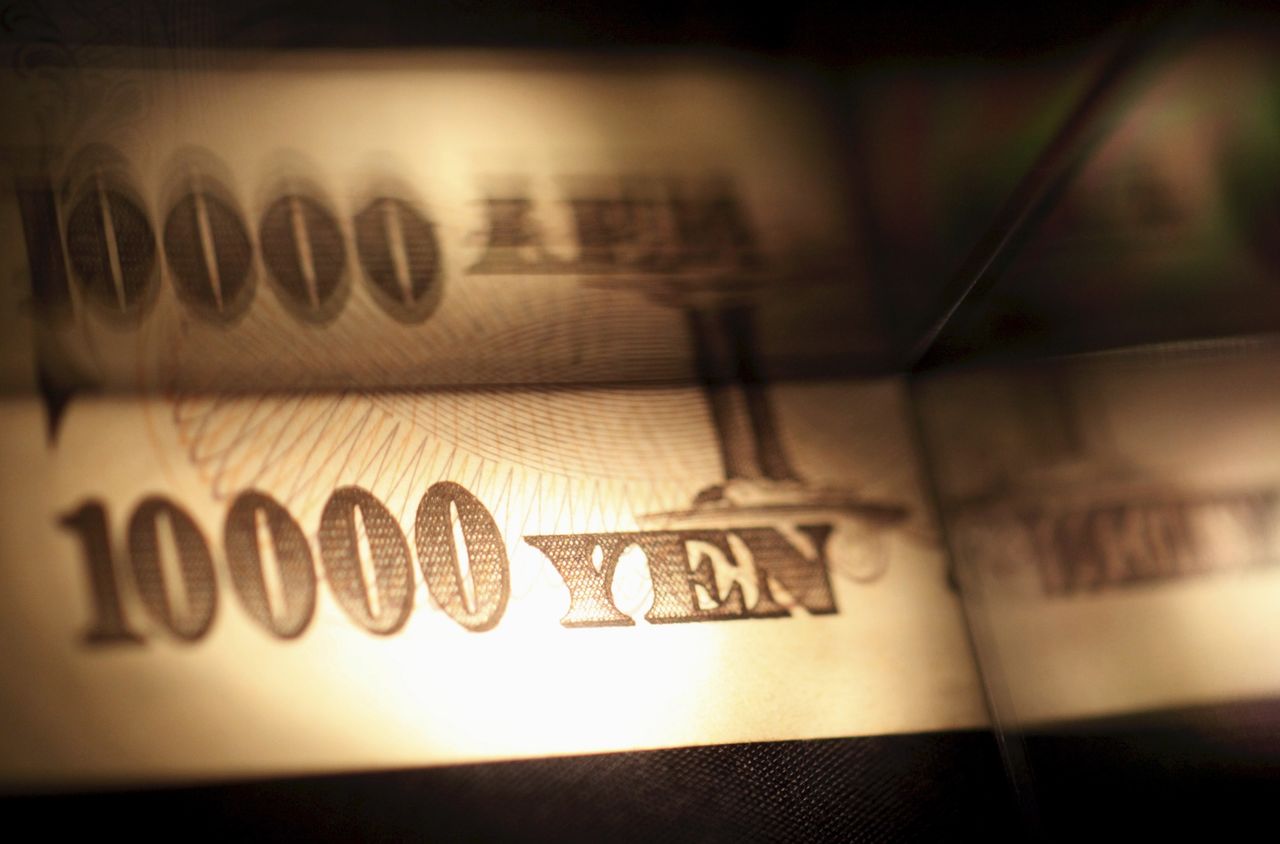 FILE PHOTO: Light is cast on a Japanese 10,000 yen note as it's reflected in a plastic board in Tokyo, in this February 28, 2013 picture illustration. REUTERS/Shohei Miyano

TOKYO (Reuters) -Japan's Ministry of Finance is set to seek about $275 billion in debt servicing for the fiscal year from next April, up for a fourth consecutive year on a budget-request basis, a ministry draft reviewed by Reuters showed.

The budget request for debt redemption and interest payments would total 30.2362 trillion yen, marking a 27.3% increase from the current fiscal year ending in March, according to the draft, which was confirmed by two sources with direct knowledge of the matter.

It would exceed 30 trillion yen on initial budget basis for the first time, highlighting a struggle for the heavily indebted government to finance growing debt that is more than twice the size of Japan's $4.9 trillion economy.

Ministries and government offices are due to submit budget requests for the next fiscal year by the end of this month.

The requests will be scrutinised by the finance ministry when it compiles a draft budget plan for fiscal 2022/23. That is usually done in late December.

The government has not yet compiled an extra stimulus budget in the current fiscal year.

But lawmakers of Prime Minister Yoshihide Suga's Liberal Democratic Party have stepped up calls for a relief package to support the economy amid the coronavirus crisis https://www.reuters.com/world/asia-pacific/japan-seeks-state-emergency-expansion-8-more-prefectures-minister-2021-08-24.