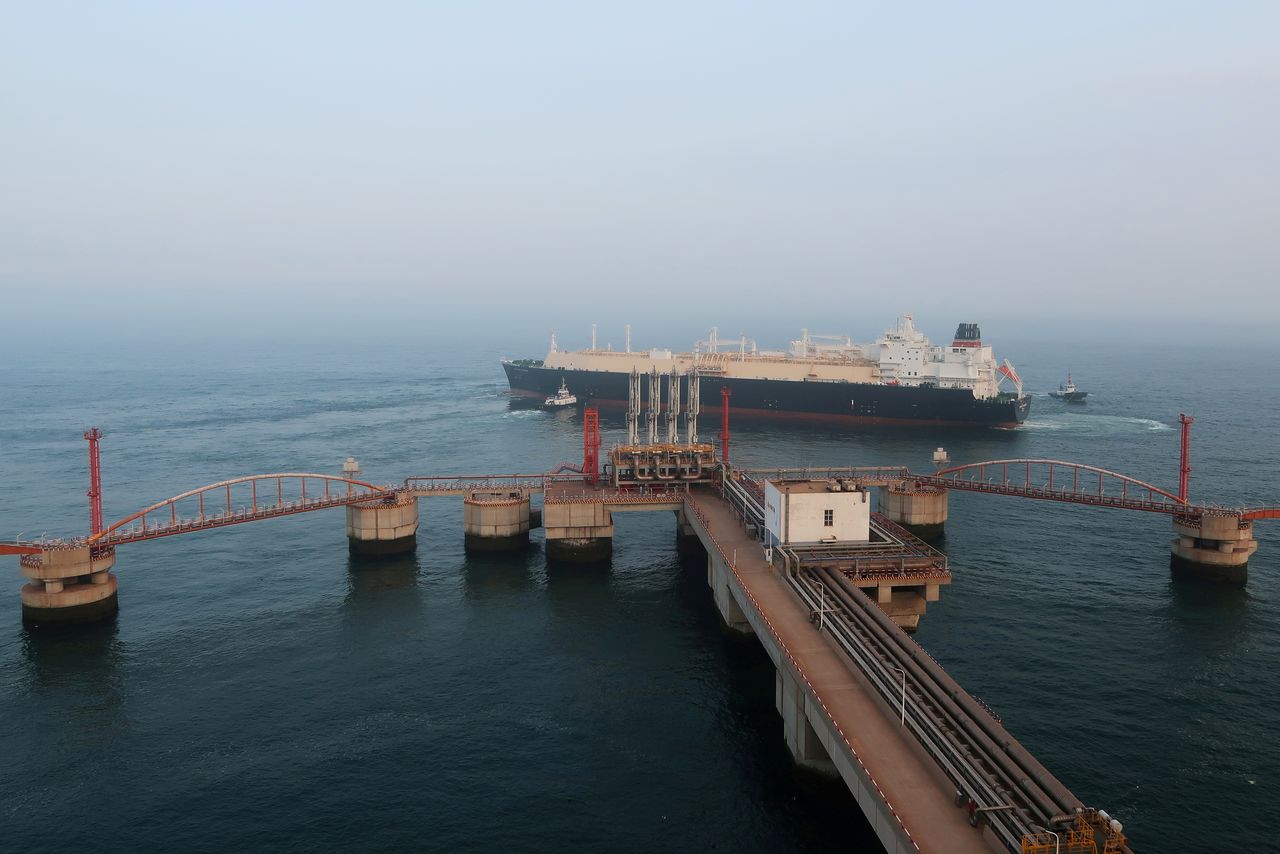 By Chen Aizhu and Jessica Jaganathan

SINGAPORE (Reuters) - China's liquefied natural gas (LNG) imports are expected to increase at a slower pace in the second half of the year after blistering growth over the first six months, but the moderation is unlikely to put a brake on surging international prices.

China normally steps up imports of the super-chilled fuel in the second half to meet winter demand, but buying has been curbed by high prices, a pull-back in China's economic recovery and a lack of new receiving terminals, traders and analysts say.

After 28% year-on-year growth in the first half, second-half shipments are estimated to rise 12%-13% from a year earlier, said Ricki Wang, an analyst at Chinese commodities consultancy JLC.

"Prices are way too high for my clients to bear," said Li Ruipeng, a small gas distributor in north China's steel capital Tangshan who trucks imported fuel in trailers to gas filling stations and industrial users.

Customers like steel mills and glass makers have either turned to domestic piped gas, which is about 10% cheaper than imported LNG, or cut production to stem losses, said Li, who has had to idle half of his 10-truck fleet because of dwindling sales.

China's LNG imports will likely stay flat during the October-March heating season versus the previous winter, said a trader with a Chinese oil major, pointing to the high spot prices and also infrastructure constraints.

"China's capacity to handle shipments rather than demand will be the key driver for winter imports. Barely any new terminals have come online this year," said the official, who requested anonymity due to company policy.

A Singapore-based trader added: "There is little (Chinese) demand for October (delivery) given such prices. It seems they have contracted enough for winter."

China's strong economic rebound from the coronavirus and power crunches amid extreme summer weather led to a counter-seasonal spike in LNG imports during the traditionally low demand season in the second quarter.

But soaring spot prices began to deter purchases in July, with imports falling to the lowest since March.

Analysts say global prices are expected to remain elevated despite China winding back the pace of imports over July to December.

China, which is on course to overtake Japan as the world's biggest LNG importer, will still boost its full-year imports in calendar 2021 by 15-20%.

Asia, meanwhile, will have to compete for LNG in the second half with European buyers who are looking to replenish stocks after extreme summer weather thinned inventory to critical lows.

"Pipeline gas will continue to ramp up to provide a supply cushion during winter," said Maggie Kwang, gas analyst with PetroChina International.

That includes supplies from Russia, which is scheduled to increase the amount of gas pumped via the Power of Siberia pipeline by 50% by the end of the year versus August levels.

With oil-linked term LNG prices now below spot LNG prices, Chinese companies could also press their suppliers for extra volumes instead of buying from the spot market, traders said.

Meanwhile, Tangshan's Li said his trucked LNG business has struggled to break even for most of this year.

"If prices stay this high in winter, I may well quit."