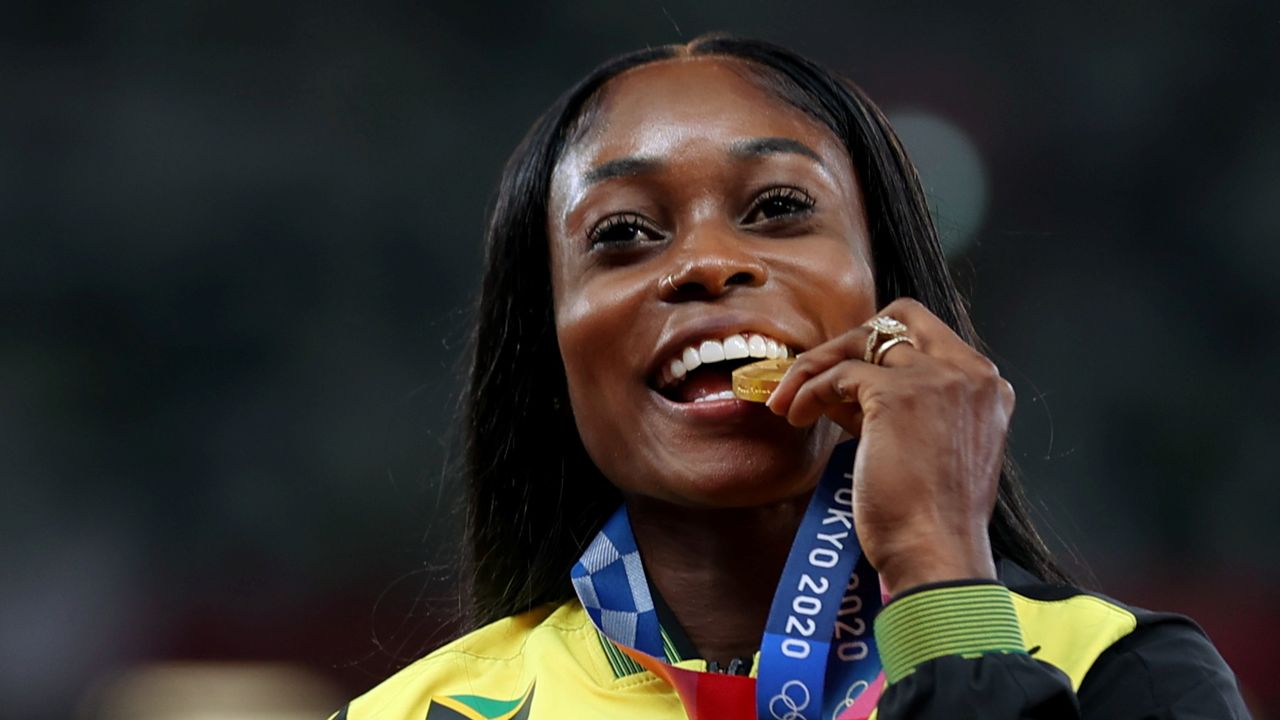 LAUSANNE, Switzerland (Reuters) - Sprint queen Elaine Thompson-Herah says she has set her sights on lowering the long-standing record for the women’s 100 metres, believing it is now within reach.

The Jamaican won gold in both the 100m and 200m at the Tokyo Games in the last month, but made an even bigger statement at the weekend at the Prefontaine Classic in Eugene where she ran the second-fastest 100m of all time in a blistering 10.54 seconds.

It edged her closer to Florence Griffith Joyner’s long-deemed-untouchable 10.49 world record set at the 1988 U.S. Olympic Trials in Indianapolis, which could come under further threat when the Diamond League circuit continues in Lausanne on Thursday.

“A few years ago I was asked whether I could break that record and I said it was not possible,” Thompson-Herah told a news conference on Wednesday.

“But for me to run a 10.54 means it is within reach, therefore it means anything is possible.”

Thompson-Herah will reprise her rivalry with fellow Jamaican Shelly-Ann Fraser-Pryce, whom she beat into second place in Tokyo and in Oregon on Saturday.

“Elaine is much, much closer than I am,” laughed Fraser-Pryce when asked about the record.

“It’s good to be able to challenge a record that women thought for a long time was impossible to break and it speaks to the evolution of sprinting,” she added.

The 34-year-old Fraser-Pryce warned her younger rival that Thursday’s race was no foregone conclusion, despite Thompson-Herah’s form.

“I definitely have not run my best race as yet and I’m still working on different phases of the races and hopefully I’ll be able to put that together.

“I’ve always said every time you step out on to the track you want to win, that’s the aim when you get out there.

“To have women you know will definitely be setting a fast time adds to the excitement, not only for the crowd but also for you as an athlete too because it raises your game,” she added.