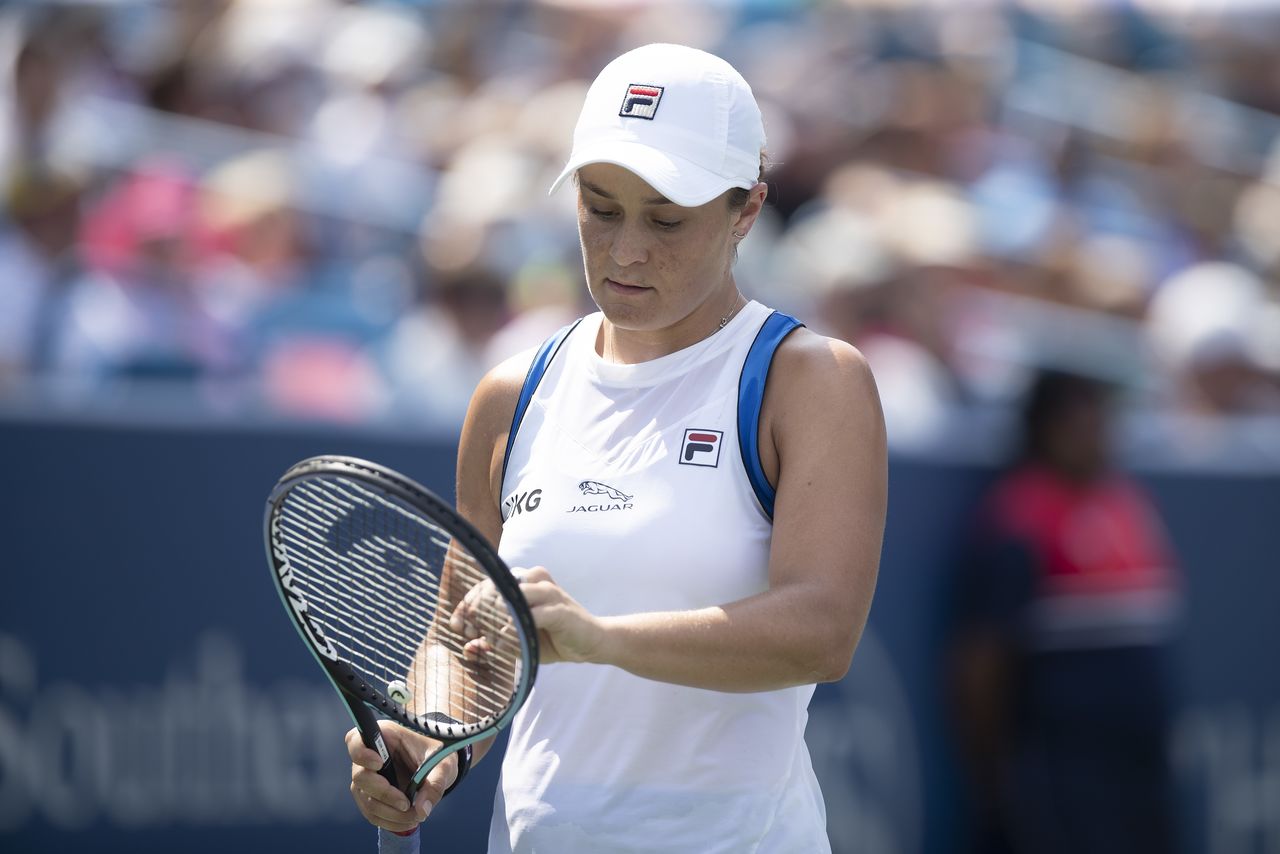 MELBOURNE (Reuters) - A revived Ash Barty has banished her post-Wimbledon blues and heads to the U.S. Open seeking a third Grand Slam crown to cap a sparkling summer.

After the high of winning her first Wimbledon title, which fulfilled a childhood dream, the world number one crashed out of the Tokyo Olympic singles in exhaustion last month.

But the no-nonsense Australian is not one for wallowing.

After claiming a mixed doubles bronze for her country, her return to American hardcourts has the competitive fires roaring once again.

"Post-Wimbledon I was completely depleted," the 25-year-old said after winning the Western & Southern Open on Sunday.

"It was my biggest goal, my biggest dream was to win that one tournament, and it was almost after that I was just a bit numb and I didn't really know what to feel," she said.

"I think I still have a bit of that now, but being able to again refresh and refocus and think we're moving to the hardcourt season, it's a fresh kind of start."

While hardly a wide-eyed tourist in New York, Barty will cast a fresh eye over Flushing Meadows, having taken an 11-month break from the tour last year as the COVID-19 pandemic swept across the globe.

The hiatus has done wonders for her game, with Sunday's win in Cincinnati giving her a tour-leading fifth WTA title for the season.

Bookmakers are split over whether she or champion Naomi Osaka deserve to be favourite for the U.S. Open, but Barty's mindset and flawless preparations may stand her in better stead.

Osaka's stardom has proved a major burden for the four-times Grand Slam champion, who pulled out of her second round match at the French Open, skipped Wimbledon and bowed out in the third round at her home Tokyo Olympics with an admission that she did not know how to cope with the pressure.

Barty, on the other hand, seems at peace with the huge expectations upon her since reaching world number one and claiming the French Open in 2019.

"It's a bonus obviously that I was able to win Wimbledon, it's a bonus now that I get to continue to do what I love," she said on Sunday.

"And we just keep chipping away .... If that means more titles, that's great. If it doesn't, it doesn't. That doesn't matter for me."

Winning would mean a Grand Slam trophy on all surfaces, a feat that would seem much further away for Osaka, who is yet to grab a title of any standing on clay or grass.

The New York crowds have yet to see Barty in the quarter-finals but can expect her to eclipse her previous fourth round best in 2018-19.

Untroubled by injury and bringing a new aggression to her game, the Australian's humbling of a parade of Grand Slam champions in Cincinnati suggests the Barty party should be in full swing deep into the second week at Flushing Meadows.

(This story refiles to remove "Preview" tag from headline)