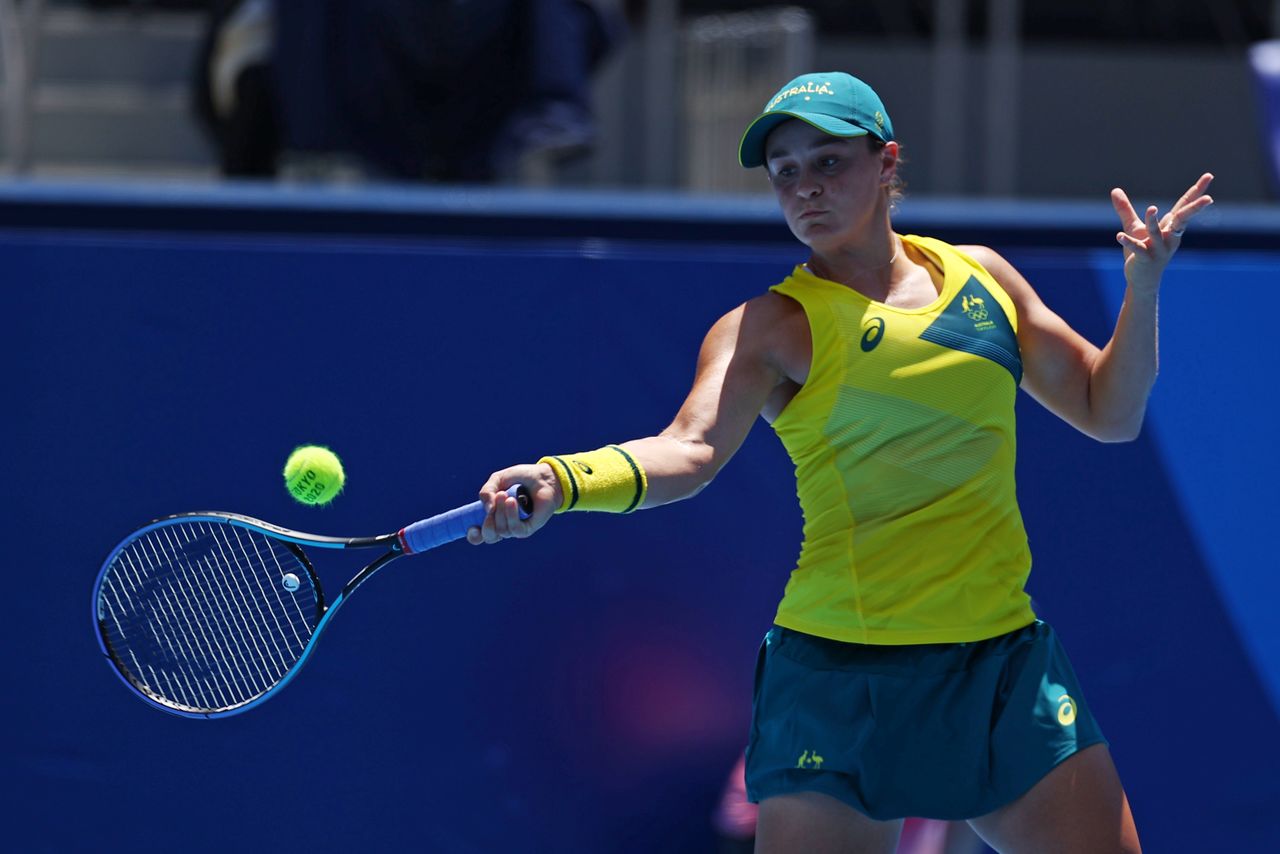 (Reuters) - Australian Ash Barty appears primed to be the most consistent women's number one since Serena Williams as she heads into the U.S. Open, while Naomi Osaka faces a difficult challenge in her title defence with a handful of contenders vying for their first Grand Slam title.

Former world number one Karolina Pliskova and 23-year-old Aryna Sabalenka are seen as potential threats to rattle the field, even though Barty will be rolling into Flushing Meadows on a wave of momentum.

Barty faced questions at the start of 2021 when she returned to competitive tennis having not played a match for 11 months but still holding the top women's singles ranking during last year's COVID-disrupted season.

The 25-year-old Queenslander has laid all those doubts to rest with a tour-leading five WTA titles in 2021, including her second major title overall at Wimbledon, cementing her spot at the top and widening her lead over the chasing pack.

The Australian was comfortable with her decision to not travel amid the COVID-19 pandemic in 2020 but since leaving her country in March Barty has been on the road.

"I think there was probably a part of me that was a little bit unsure of how this year would go for a couple of reasons," she told the WTA Insider after her Cincinnati win.

"One being, seven to eight months out of the tour last year, and two, being in a completely new adventure, a new scenario, a new feeling for me of being away from home for so long."

Barty is the bookmakers' favourite for a victory which would also give her a major trophy on all surfaces, with her maiden Slam coming at the 2019 French Open.

While Barty has found the calmness and mental steel to handle the huge burden of expectations, Osaka has struggled with mental health issues, disclosing earlier this year that she has long suffered from bouts of depression.

Osaka was marked as the heir apparent to Williams when she beat the American 23-times major winner in New York in 2018 for the first of her four Grand Slam titles.

She has been unparalleled in recent years when it comes to success on hard courts and the Japanese has won four out of the last six hardcourt majors.

Osaka won the 2021 Australian Open but then withdrew from the French Open and skipped Wimbledon.

The 23-year-old failed to get past the third round of the Tokyo Olympics or last week's Western & Southern Open in Cincinnati.

"But she's going back to a place where she's won it twice. Usually when you have those kind of special memories, you can play some pretty good tennis."

Williams withdrew from the tournament on Wednesday, saying a hamstring injury needed more time to heal but a depth of talent remains in the women's competition.

World number four Pliskova has produced a handful of strong performances since joining forces with Osaka's former coach Sascha Bajin late last year, and reached the Wimbledon final in July. She had previously never made it past the fourth round of the grasscourt Grand Slam.

Earlier this month, she reached the final of the National Bank Open, where she lost to Italy's Camila Giorgi, and the semi-finals in Cincinnati.

Former world number one Osaka has dropped down to third in the rankings with Sabalenka now behind Barty on the leaderboard.

The Belarusian has won 10 WTA titles but had never gone beyond the fourth round at a Grand Slam before last month's Wimbledon.

Sabalenka has always had the power and the game to challenge for the title and her semi-final run at Wimbledon will give her the confidence required to be in the mix in New York.

(Reporting by Sudipto Ganguly in Mumbai; editing by Clare Fallon)